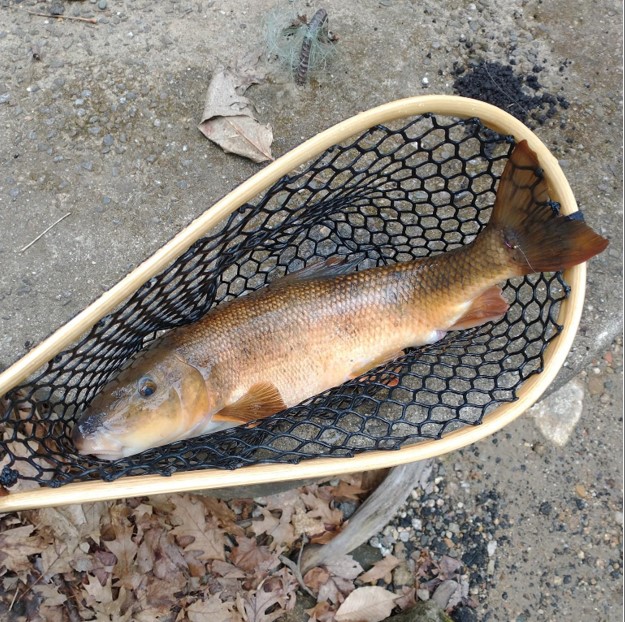 'Biggest sucker I ever caught'

I never get tired of fly fishing the small streams that flow into Lake Winnipesaukee.

It starts with the drive up Route 11. As you drive through New Durham, the Belknap Mountain Range looms ahead.

A gentle reminder that the faster pace of the Seacoast is melting behind you.

The scene never gets old. I promised myself that I would never take this for granted. A reminder that I get to live where people vacation.

As I was driving through Alton Bay, there was a crowd of state dignitaries and Alton town officials dedicating the newly refurbished Downing’s Landing boat access. The access looked incredible and will be a great asset to the town of Alton. New Hampshire Fish and Game has done a stellar job of trying to get public access to New Hampshire’s lakes and ponds.

As I continued my drive up toward Gilford I made a brief stop at the scenic overlook by Mount Major. Lake Winnipesaukee was still amazing with Mount Washington and the Ossipee Mountains in the background.

I looked down toward Rattlesnake Island and then over to Roberts Cove where I had some wonderful memories working at Camp Brookwoods and Deer Run. I was able to fish a couple times a day and help the campers get into some great fish. I was amazed at how many campers had never caught a fish before. Then I realized how fortunate I was growing up near the water on the South Shore of Boston.

On this trip I had brought three different fly rods, but started with my Orvis three weight Superfine since I was after some small wild Brook Trout. I tied on a small size eighteen Caddis with a size 20 bead head Pheasant

Tail dropper. I used a 7x tippet. I was drifting my flies through a pool when my flies seemed to get stuck on the bottom. This is to be expected when you are fishing with nymphs near the bottom.

When I first started fly fishing, I thought that losing flies was a sign that you weren’t a very good fly fisher. Then as I was able to fish with some really good flyfishers, I learned that losing flies was to be expected. As I tried to dislodge my fly from the bottom, my rod tip started bouncing. Then I started losing line and realized I had hooked a fish, a big fish. Knowing that I only had 7x tippet on, I didn’t try to bull the fish in. After about five minutes I could see that I had caught a big spawning sucker.

As I just about had the fish to the net the tippet broke off and the fish swam away with my dropper fly. I then re-tied my dropper on with a little stronger 6x tippet. I moved up the river a little and fished the end of another pool when a little while later I got stuck on the bottom again. Now if you have ever caught a sucker before, their M.O. is to sit on the bottom and not move. The big ones are almost immoveable. After a few tugs this one took off up river and actually made a couple of jumps and threw my barbless hook. This was war. My mission was to catch one on a light tippet.

I started drifting my nymphs through the same pool where after another ten minutes I caught another. Now catching a big fish on a light rod is actually a lot of fun. It made me forget there were trout in the river.

This time I again tried not to bull the fish in. I was careful not to put much pressure on the line because Suckers have a soft mouth, unlike a bass. Each time I was able to get the fish near the net he would take off.

Eventually after I got him tired out enough I was able to net him. The fish had to be about twenty inches and at least a good five pounds. It was the biggest sucker I ever caught. After a quick picture I got the fish back into the water where it happily swam away.

I did quickly hit a couple other streams on the way back to Alton without much luck. On the way home I was thinking that this is the classic case of “When life gives you lemons, make lemonade!” I had fun making lemonade today.