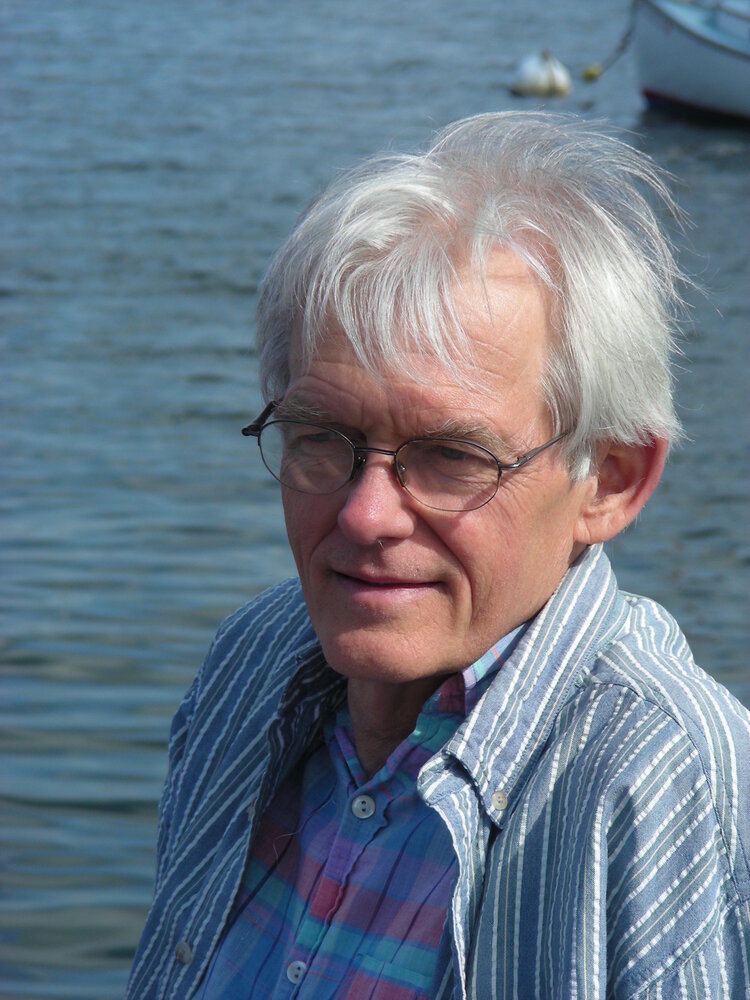 Journalist and Author: “Water Connections” What fresh water means to us; What we mean to water.

Jim Rousmaniere is a soft-spoken fellow, but these still waters run deep as the saying goes. He has the curiosity and insight of an oracle to many of his admirers.  He is also straight out of central casting when it comes to the role of an editor, glasses at just the right level on his nose so he can look over them at you and make you feel like his BS meter is always on full alert.

After a stint in the Peace corps, he began his career in journalism  at The Baltimore Sun in Baltimore and Washington DC, where he covered national economics, and in the early 1980s he took over the editorship of the daily Keene (NH) Sentinel. He retired from newspaper management in 2013, at which time he began researching the subject of his book: “Water Connections.”

While he clearly has a deep respect for the natural environment, it is the intimate and immediate connection with people and their stories that feed his imagination and enthusiasm and allow him to take what might seem a simple story and weave it together with the artistry of a symphonic composer. Art, history, science, and business all figure into the story that Jim tells.

Beginning with the White Mountain Art movement that helped fuel a tourism boom and a deep connection with the landscape, Jim then leads us into the devastation of northern forests that spurred both citizens and businesses to action resulting in the Weeks act and the White Mountain National Forest.

Now normally when I do one of these podcasts I cut out the small talk with which they inevitably begin but with Jim Rousmaniere, there’s really no such thing as small talk and the journalist is ever present. So I’ve included some more personal reflections that Jim managed to “drag” out of me because they may be of interest.

You see, one of my very first encounters with Jim was in 1994 when I was a nominee for Governor in a longshot bid to unseat a popular governor. This conversation was the first opportunity that I had to thank Jim for ignoring the odds and endorsing me in that race. Jim managed to also turn that into a moment of candor about the nature of politics from my perspective.

In his new book “Water Connections” as in every moment of his working life, Jim Rousmaniere is deploying his journalistic sensibilities to seek out the deeper meanings that help to give all of us greater insight into the richness and meaning of our lives, including the trials and tribulations, the successes and the defeats.

In this conversation we talk about Water Connections as well as his reflections on the state of Journalism in this new era of fake news and digital delivery.

Here is my conversation with one of New Hampshire’s media giants. Jim Rousmaniere.