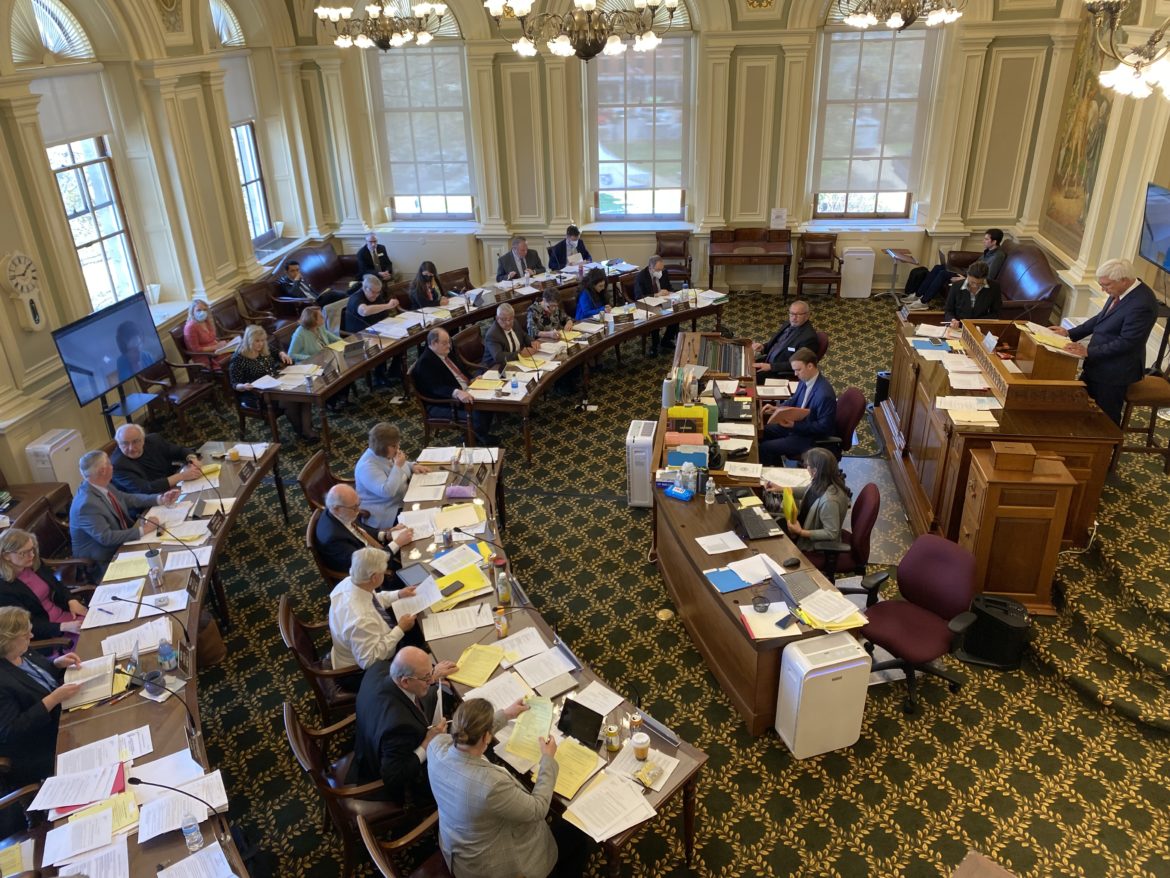 CONCORD – A $100 million victims fund for youths who were sexually abused at the hands of state employees while incarcerated at the Sununu Youth Services Center in Manchester has been approved by the Senate, despite Democratic concerns that it excludes certain victims from accessing the fund.

The House has already voted to support the measure, which is the first in the nation such fund for victims.

Gov. Chris Sununu, who has said he would like to “bulldoze” the Center which bears the name of his father, will now be asked to sign the bill.

He noted during a press conference this week he would be “all ears” to expanding the definition of victim eligibility for the fund to include those who were forced to witness sexual assaults and are not now included.
No Democrat supported the measure. They said it didn’t go far enough. Republicans, led by Sen. Jeb Bradley, R-Wolfeboro said it was a “starting point.”
“We need to stand with righting the wrong,” he said. “Our primary job is appropriating the money.”

Sen. Rebecca Whitley, D-Hopkinton said some in that category, forced to watch pornography and even be filmed while they were being victimized have said they felt re-victimized by the state not including them in the definition.

“This is not a partisan issue,” she stressed.
She also noted that the Senate was setting a national precedent noting that there are no other states with such victim funds.

“The eyes of the nation are on us,” she said, noting “I cannot, in good conscience, support this bill today. We need to get this right.”

Sen. Jay Kahn, D-Keene, seconded the words of Whitley saying there needs to be “better resolution.”
Sen. Lou D’Allesandro, D-Manchester, in whose district the Sununu Youth Services Center is located, and was previously known as the Youth Development Center, said he had seven reasons not to support the bill as drafted, among them, that it was incomplete and does not assure all victims will be compensated.

He said he also did not like the language that victims would waive their rights to a public trial and said it is not “victim-centered.”
There are over 500 claims so far from victims, D’Allesandro said.

Attorney General John Formella proposed the fund as an option for those who would like to access it in lieu of litigation.
It caps claims at $1.5 million per person and limits the time frame from 1980 to the present.
An attorney for victims said the fund is too narrow in scope.

David Vicinanzo, a former First Assistant US Attorney who represents victims said: “Many of the victims pleaded with Senate President Morse for a short meeting with him weeks ago so they could share their pain personally with him before he managed this process to the vote he wanted tonight.

“He responded that he was ‘not interested’ in meeting with them. Unfortunately, he is not the only political leader who still has no empathy for victims or understanding of their suffering.  The child victims of the State have been ignored and dehumanized for years, so the Senator’s cold shoulder is nothing new.

“Except now they are empowered by the disrespect reflected in this bill. They have strength in numbers and in each other. They are not going away. They deserve justice and will not stop fighting till the State treats them with the dignity and respect they deserve,” Vicinanzo said.

The state plans to close the Sununu Youth Services Center by 2023 and move to a more community-centered approach. Currently, the center, built for 144 has a census of 20 or fewer youths in detention.