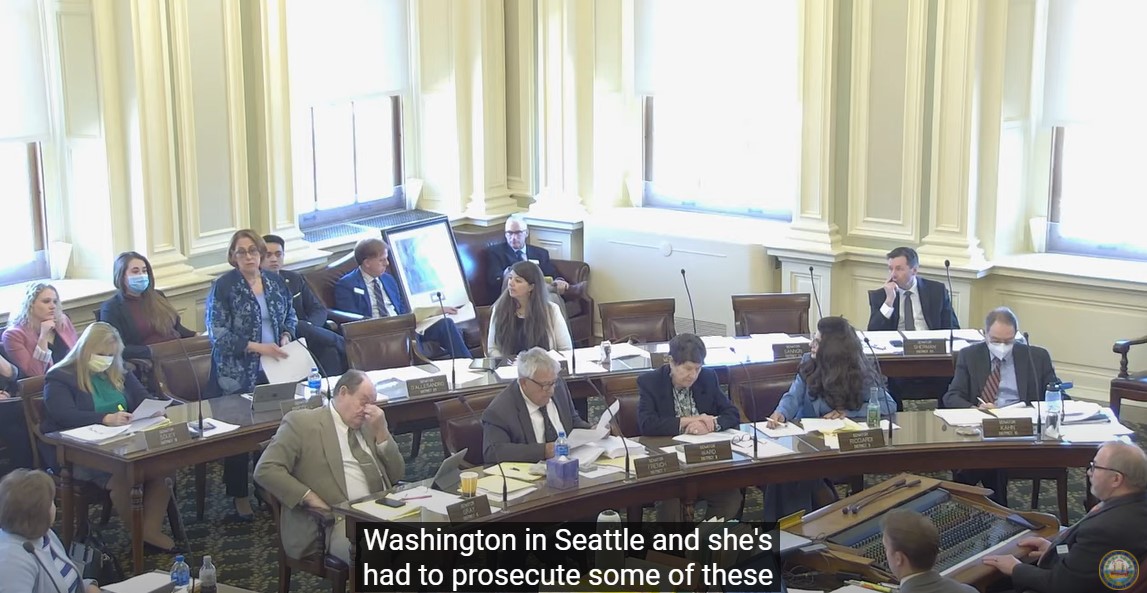 CONCORD – The state Senate passed a bill that would create a Parents Bill of Rights on Thursday. House Bill 1431 now goes to the Finance Committee.

Sen. Bob Giuda, R-Warren said parents have a right to tell schools what their rights are.
The bill creates a framework for notification of those rights and a methodology for reporting violations.

He said the bill came out of the House related to medical records involving children.

Giuda said the pandemic opened the eyes of many parents to what was happening to their children, of which they were not aware.
The bill would allow parents to find out what is going on with their children in school and recognizes those rights.
“I will always come down on the side of parents,” Giuda said, rather than those in the education realm.

The bill has exceptions to providing information as it relates to child abuse reported by the child about their parents.

“This is desperately needed and a good starting point to go after the medical side,” Giuda said.

Sen. Jay Kahn, D-Keene, spoke against the bill, the committee amendment, and worked unsuccessfully to replace the bill in its entirety.

Kahn said the state should start with agencies listing what are the rights of parents. He said the bill was full of terms without definitions or that are unclear. He said the legislation is not ready to pass and is built on an agenda outside of the state.

Kahn suggested it be killed or sent to interim study.
“We can do better,” Kahn said. “Let us rely on our professional state agencies to list what parents’ rights are…let’s put that on a website and then find out from parents what they cannot access.” He said the assumption that schools don’t want parents to know things is wrong.
Giuda said the bill just puts into writing what parents’ rights are so schools know.

Sen. Becky Whitley, D-Hopkinton, invoked the case of Harmony Montgomery, a little girl who is missing from Manchester. She asked about the rights of the parent versus the rights of the child.
While well-intentioned, the bill is dangerously broad and unclear, she said.

Sen. Sharon Carson, R-Londonderry, asked “Who do children belong to? Parents? Government? Schools? At the end of the day, it is the parents.”

“This bill talks about education,” she said. “Don’t shut parents out.”

Sen. John Reagan, R-Deerfield voted with the Democrats to oppose the amendment, but it passed 13-11.
The entire bill passed on a voice vote.

In other action, the Senate:
PASSED HB 1000 prohibiting motorcycle profiling
PASSED HB 1476 related to driving an OHRV with a loaded weapon

More action was taken in an earlier story Thursday:
Pot Bill Goes Up In Smoke in N.H. Senate