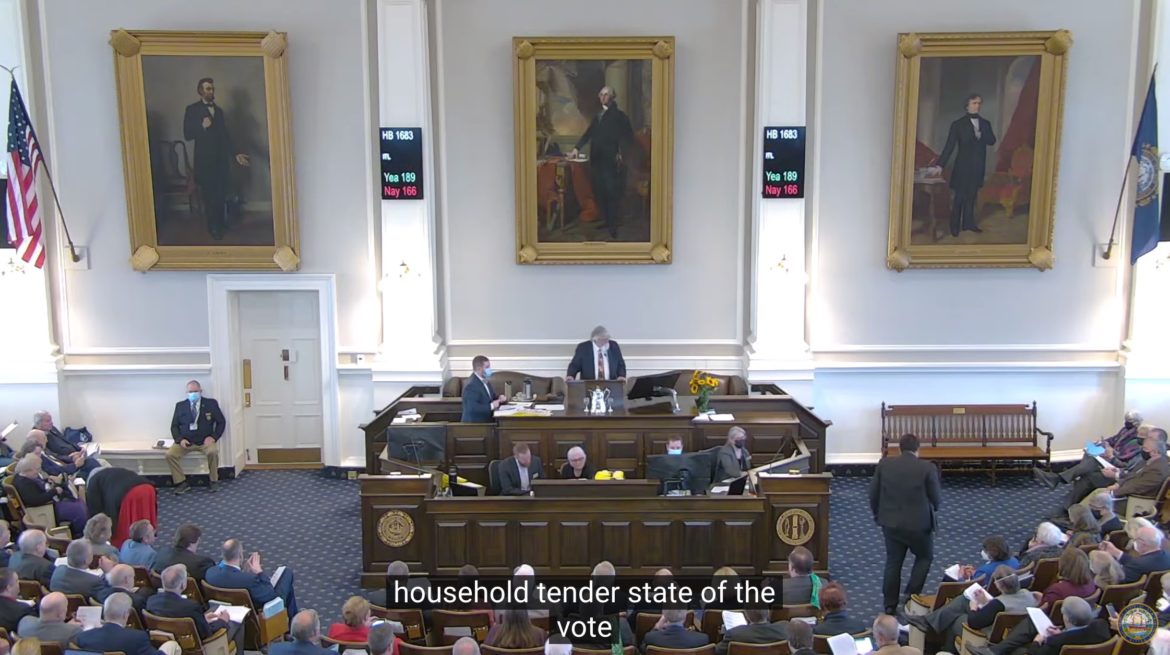 CONCORD – Efforts by Democrats in the House of Representatives to repeal the state’s new school voucher program lost on a 189-166 vote, Wednesday.

The minority members of the House Education Committee said House Bill 1683 is the only way to get rid of Education Freedom Accounts, an expensive new voucher program which is the now largest in the nation, costing an unexpected $9 million which could cost taxpayers $70 million if every eligible child took advantage of it.

They said it could easily be subject to fraud and all the other bills to alter or improve the program had been rejected by the Republicans.

But the prevailing Republican majority killed it, noting that while the program is more popular than expected, it provides an option for over 2,000 low-income students to go to schools in one other than their public district and it may end up, as they said studies show, that it makes public education better not worse, as had been feared that it would weaken public education.

Rep. Glenn Cordelli, R-Tuftonboro, said the bill would dismantle Education Freedom Accounts and leave these low-income students without the education that they and their parents sought.

“Are they just collateral damage?” he asked.

Rep. Marjorie Porter, D-Hillsborough, said the legislature never had an opportunity as a whole to vote on the program as it was put in as part of the budget deal last spring in House Bill 2 and passed by the Republican majority and that the program could “bleed the state dry” of cash.

She noted there is no cap and that it is already way above-expected enrollments with $9 million committed in the first year alone and potential for it to skyrocket to $70 million if all eligible applicants participated.

There are 18 states and the District of Columbia which have at least one form of voucher system, but New Hampshire’s is far and away from the largest of the programs, the body was told.

The House spent much of the morning mostly tabling or killing education bills at the Republican majority’s request.

All House bills that passed must now be considered by the Senate before being enacted.

The House also voted against Democratic efforts to bring the Education Freedom Account operation in-house at the Department of Education, saving 10 percent from the third-party administrator’s contract, but the Republicans said the department is not looking for it nor prepared for that work level.

Parental rights were also on display with a number of bills passed aimed at giving parents more of a part of their children’s education.

They passed a measure that would make the 29-year-old practice of taking the youth risk behavior survey an opt-in rather than an opt-out survey.

Republicans said that some students think the whole thing is a joke and the information is skewed because of that and that parents need to know what is being asked.

But supporters of keeping it an opt-out system said switching it would lead to a lot fewer surveys taken and a less clear picture of what the community faces in terms of problems in their schools.

Rep. Ralph Boehm, R-Litchfield, said it is a matter of parental rights.

“Parents must know what their children are being asked,” he told the body.

The vote on the committee’s recommendation of Ought to Pass won out, 183-164, and it now goes to the Senate.

Tabled bills include one effort to repeal the new so-called “prohibition on teaching discrimination” law and one extending the state’s non-discrimination law to all schools.

The House killed a bill that would have required the state to provide low-income school breakfasts.

There are about 30 schools where it is not available now, of the 466 schools. Some called the bill an unfunded mandate and others argued well-fed kids do better in school and ultimately in life and all should have that opportunity. House Bill 1564-FN-L was killed on a vote of 180-160.

The body did adopt HB 1434-FN, to make a school curriculum available to parents within ten days.

ELECTION LAW
The House failed to get the two-thirds vote required to pass several Constitutional issues including one which was amended to define residency for voting to be placed into the document.

The effort started out as a request to change the age of voting to 17 if a person was to be 18 by the general election but it was entirely amended in committee to spell out the five characteristics of a voter: that he or she be a US citizen; and a New Hampshire citizen; that the person’s domicile is here; that New Hampshire is the primary residence and that the voter could only vote where he or she is domiciled.

Also failing to muster the two-thirds support necessary was CACR 19 which would require paper ballots on all voting, 195-160.

The House did adopt HB 1009 on a simple majority vote of 185-167 which would require the date a person registers to vote to be public information and on a very narrow vote, a tie was broken by House Speaker Sherman Packard on House Bill 1082 which prevents Secretary of State and Treasury Secretary candidates to create a political action committee. The vote was 177-176 to pass with supporters saying PACs would unnecessarily politicize the posts which are non-partisan and elected solely by the general court.

New Hampshire is among only three states in the nation that elect their Secretary of State and Treasurer in this legislative manner.