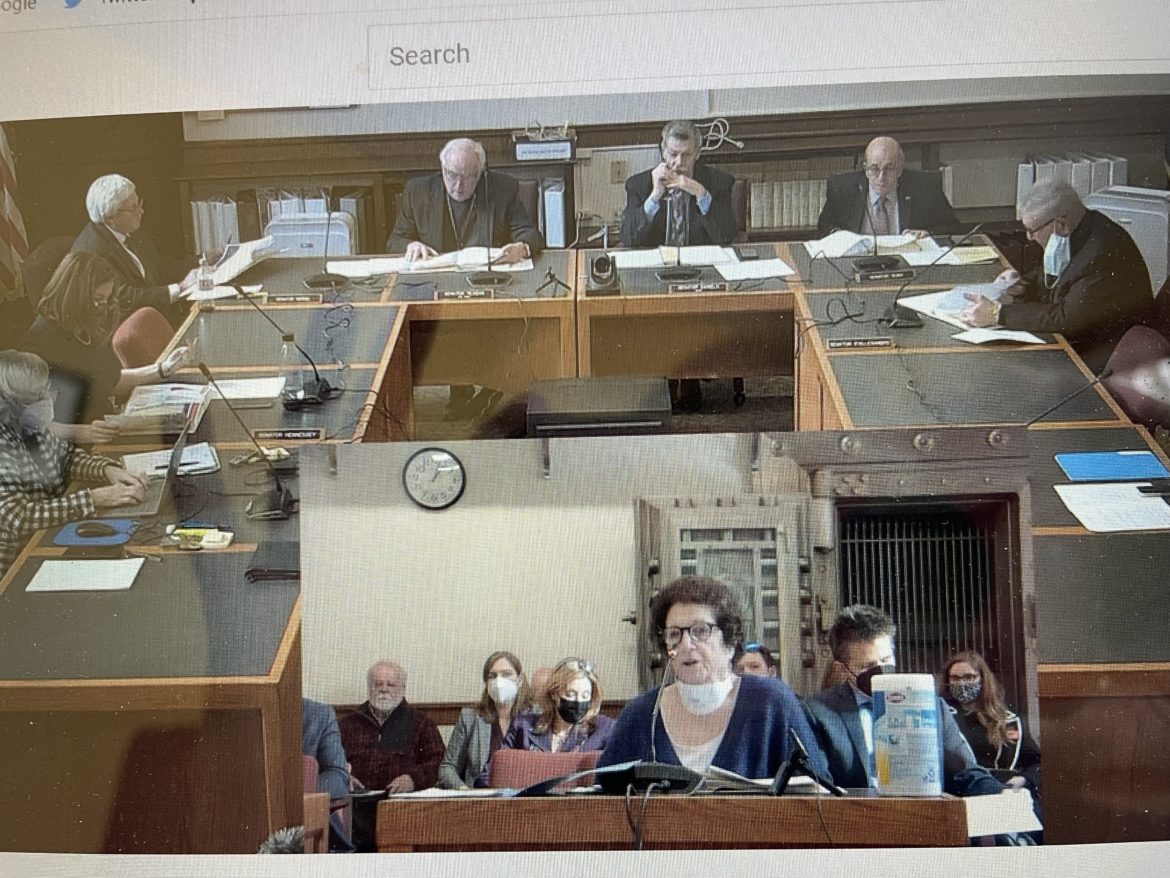 CONCORD – Union leaders pushed back against a bill that removes labor agreements from the state competitive bid process during a Senate Finance committee hearing Tuesday, but SB 274 passed on a vote of 5-2.

Senate Bill 274 was opposed by New Hampshire members of the International Brotherhood of Electrical Workers as furthering problems the industry is having, the most critical of which is a labor shortage, and said the industry needs more workers who can rely on a secure financial future and the education and protections of Project Labor Agreements.

“This bill will simply ensure that the bidding process for state government projects is open and competitive,” said sponsor Sen. Jeb Bradley, R-Wolfeboro in a statement.

“Inserting pre-arranged labor agreements into the bidding process shuts out some firms and drives up costs for taxpayers. Both union and non-union companies should be able to bid for state contracts on equal footing without project labor agreements rigging the process,” Bradley said.

Currently, the state has no PLAs but there are municipalities in the state that have considered them and other states do have such agreements.

Marco Lacasse, business manager for IBEW Local 490 said that Project Labor Agreements provide the state with assurances that projects will be built on time, on budget and that there would be no labor disputes and it would streamline the project making it easier to manage.

Tommy Bolduc, who works for a company that hires over 200 construction workers, said he was in support of the bill calling it “commonsense.”

Joe Casey of IBEW said if enacted the law would exclude the state from having a tool that would be helpful. He said the state is losing its workforce to Massachusetts.

Sen. Cindy Rosenwald, D-Nashua, and Sen. Lou D’Allesandro, D-Manchester, were the two no votes. The bill next goes to the Senate floor and then to the House.

Putting more money into a lead paint remediation loan program, reallocating existing money for the Piscataqua River widening, and creating a study committee to look over the Public Deposit Investment Pool were some of the other bills that received public hearings Tuesday.

Senate Bill 278 would allow for the state to access funds for a project which would allow larger vessels to enter and turn around in the Piscataqua River near Portsmouth.

It is money that is still available and should be used now or the state will lose its spot on the list for federal projects, hurting the state economically, said D’Allesandro, who said it is likely to pass, but is being amended.
He said it is vital and the money is there and has not been used.

State Sen. Tom Sherman, D-Rye, co-sponsor, said the legislature understands the timing issue here, and so “I would hope it would have your support, without it now we lose our place…for a long time” for federal funding.

Sen. Erin Hennessey, R-Littleton, asked why this wasn’t addressed in the capital budget.

D’Allesandro said he did not think knowledge of the situation was available at the time.

Another, Senate Bill 371 would replenish a $3 million loan fund managed by New Hampshire Housing Finance Authority, which allows mostly for “mom and pop” landlords to access a lead paint hazard loan fund which is repaid when the properties transfer. That passed the committee unanimously and will go to the Senate floor and then the House.

The use of lead paint, which can damage a child’s health and growth, was outlawed in 1978 but there are still many older structures used for housing across the state that have it.

The loan fund, created more than three years ago, has been used to fix problems in more than 230 units across the state. It is separate from a fund to deal with lead in water. There is currently about $71,000 left in the fund.

Another bill, SB 272, sponsored by Rosenwald, would establish a committee to study the oversight of the Public Deposit Investment Pool which has been in existence since the state banking crisis 30 years ago and now has $240 million in investments. That bill also passed unanimously.

Rosenwald said, “worth a discussion” on not only whether the rate of a return is the only objective or whether some investments could be placed which would benefit New Hampshire.
http://www.gencourt.state.nh.us/bill_status/billinfo.aspx?id=1957&inflect=2