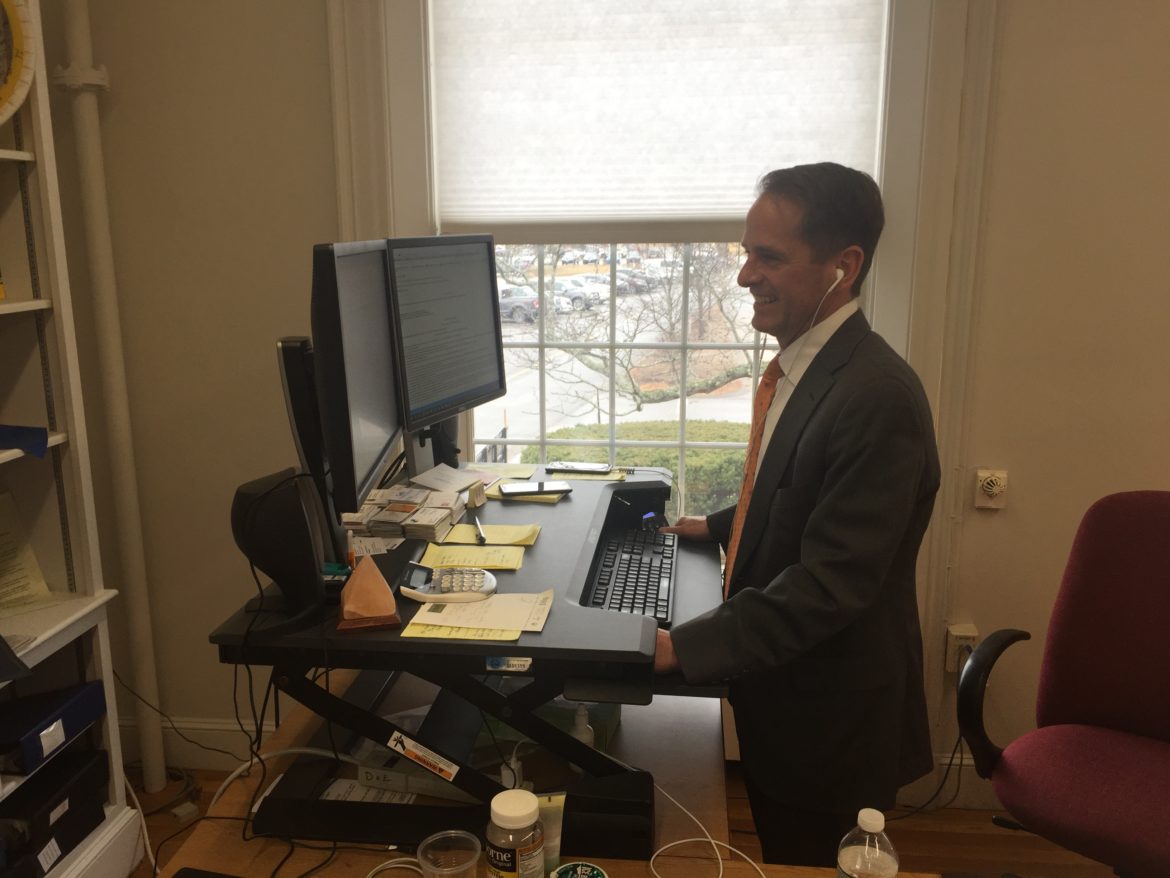 Education Commissioner Frank Edelblut is pictured responding by phone to a reporter's question in this file photo.

CONCORD — Students from almost every school district in the state are participating in the new “Education Freedom Account” program with some school districts more impacted than others.

The Joint Legislative Fiscal Committee Friday received an initial report from Education Commissioner Frank Edelblut, who championed the program this year and continues to insist public schools — traditional and charter — and taxpayers will benefit from it.

The program, described as one of the most expansive in the nation, allows parents who are at 300 percent of the federal poverty level and below to use state adequate education money to seek alternative education programs for their students including religious and private schools, specialized and on-line programs as well as hybrid opportunities.

The program had 2,200 applications, with 1,635 students participating in the freedom accounts.

Edelblut said that is about 1 percent of the student population in New Hampshire, noting attrition has reduced student enrollment between 1 and 1.5 percent annually in recent years.

The cost is $8.1 million, which is less than .1 percent of what is spent on public education, he said, adding the average grant per student is $4,962 compared to the overall cost of  $20,000 in a traditional public school.

He said participants in the program are younger as expected and added he would be better able to tell the committee where the money was spent in March.

Edelblut said he was encouraged because the Dover school district has registered as a provider as it has a student from another district who wants to attend its system, and he said several adult learning programs are also providers.

Edelblut also included a list of the program’s approved service providers and the school districts losing students to the freedom accounts.

The largest number of students come from Manchester School District with 166, Nashua is second with 64, Rochester and Laconia 52 each, Concord 46, Keene 36 and Berlin 32.

That is marginal cost savings per school, she noted.

But Edelblut said the school that loses a student receives 150 percent of what it would have had if the student remained the first year and then 25 percent the second year.

The difference in cost is about $15,000 the school district will retain, he said, to devote to fewer students.

Some schools may be able to combine classes with the loss of a few students, he noted, but admitted it could work in the opposite direction as well.

But Rosenwald said there are two different funding sources, state and local property taxes, which could be impacted.

“The taxpayers of New Hampshire fund education,” Edelblut said, “so they become the beneficiaries when you reduce costs.”

The committee asked Edelblut to return in March. He noted the metrics to judge the success of the program will not be gathered until after the first year.

The money for the program comes from the Education Trust Fund, which provides adequacy grants to public schools including charter schools.

Edelblut had predicted few students would join the program the first year and did not budget the $8 million.

The controversial voucher program was included in the budget package approved mostly down party lines by lawmakers and signed by Gov. Chris Sununu. The program was a Republican priority this session.