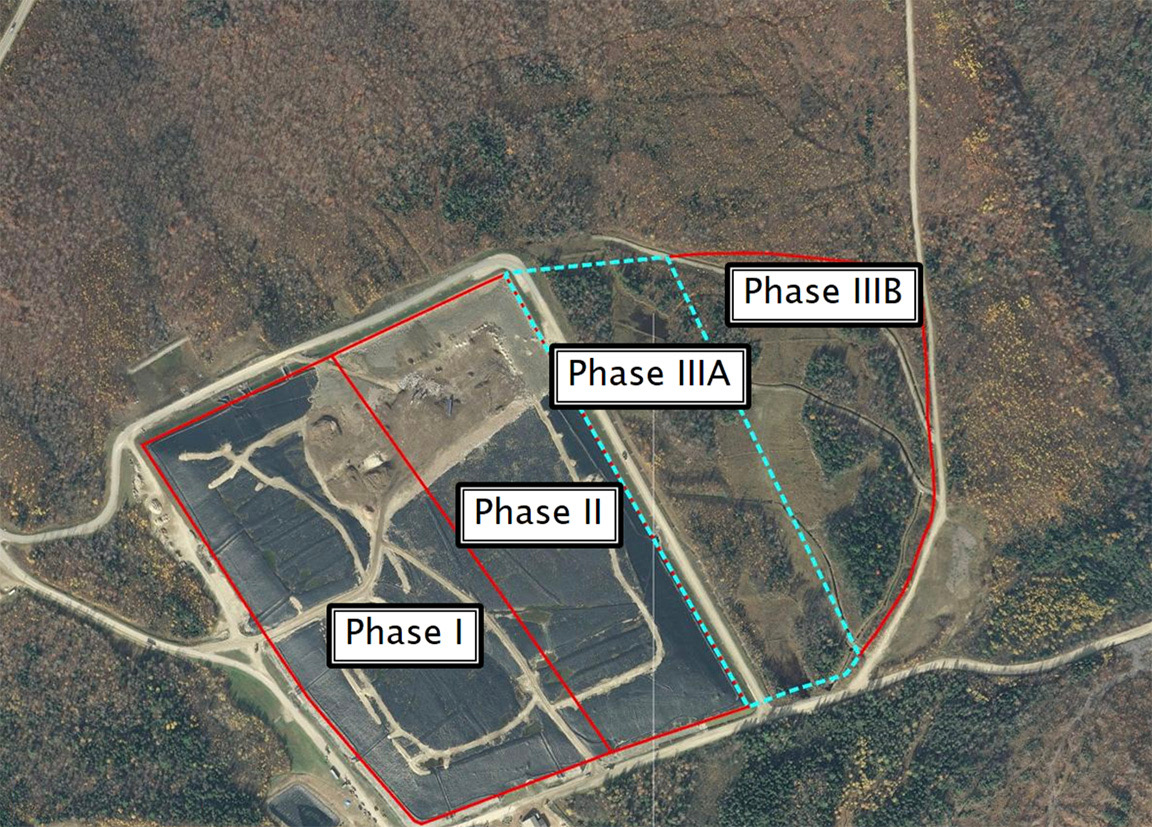 Expansion plan for Mount Carberry landfill in town of Success.

BERLIN — A public hearing on the proposed expansion of the Mount Carberry landfill in the town of Success brought only one comment, and that was largely in praise of the operation.

Adam Finkel of Dalton, a professor of Environmental Health Science at the University of Michigan School of Public Health, commented, “Just this one expansion alone, I think, would be ample to reduce any possible shortfall [in solid waste capacity] out into the 2030s and 2040s … and it would continue, I think, to be a great resource for the towns of the North Country.”

Finkel also said the landfill “certainly appears to be in a good location geographically.” Data on the flow rates through the soil indicate that “the time of travel of any polluted groundwater to reach Alpine Brook or the Androscoggin [River] seems to be decades, which is good news.”

Success is an unincorporated township east of Berlin near the Maine border.

Operated by the Androscoggin Valley Regional Refuse Disposal District, the landfill’s application for the next phase of development has been deemed complete by the state Department of Environmental Services’ Solid Waste Management Bureau. The public comment period began with the Dec. 16 hearing at Berlin City Hall and the state will continue accepting written comment until 4 p.m. on January 7.

Paul Schmidt of CMA Engineers presented an overview of the expansion plan. The municipally owned landfill currently has about five or six years of operational capacity. What is termed Phase IIIA would add 24.1 acres of expansion, with nearly 5 million cubic yards of disposal capacity, providing an expected operational life of another 16.3 years.

Phase IIIB, which is not currently under consideration, would add another 22.8 acres and about 10 years of operations. “There is long-term planning for a future development of Phase IIIB,” Schmidt said.

In order to extend the life of the landfill, the plan calls for the same annual limit on solid waste being accepted that currently exists: 305,500 cubic yards per year. The limit also means there would be no significant change in traffic, Schmidt pointed out.

The additional capacity would result in what Schmidt described as a moderate increase in the total height of the landfill. The expansion also would require additional gas collection systems and stormwater management and designs to manage leachate in a new cell pumping station.

During his comments, Finkel raised the issue of the high levels of tetrahydrofuran detected during tests at the facility and questioned whether there had been some illegal disposal of hazardous materials at the site. He asked that they look into that, suggesting that closer monitoring of what is brought into the landfill may be necessary.

During a telephone conversation after the meeting, Finkel expanded upon his comments.

“The context is the groundwater looks pristine; there’s like millions and millions of non-detects, and then a very, very few of these flagged numbers, and I’m just wondering. It’s stuff that probably shouldn’t be in a landfill, so I’m just wondering if they think that there’s been illegal disposal of things that shouldn’t be there.”

In addition to tetrahydrofuran were tests showing 1,4 dioxane, and both compounds are considered carcinogenic. Finkel said some of the levels were 100 times what they should be, which suggests that someone dumped hazardous material there.

“Nobody can keep that stuff 100 percent out of there,” he said. “It’s just a matter of how carefully they want to look at what comes in.”

Finkel said it was a concern, but “I was more interested in the capacity stuff. I thought they did a good job of explaining in the application that not only could they prevent a shortfall for the next 15 years, but really, if we could just divert a little bit less waste into landfilling, this one expansion could probably satisfy the state’s needs for maybe out into the 2040s.”