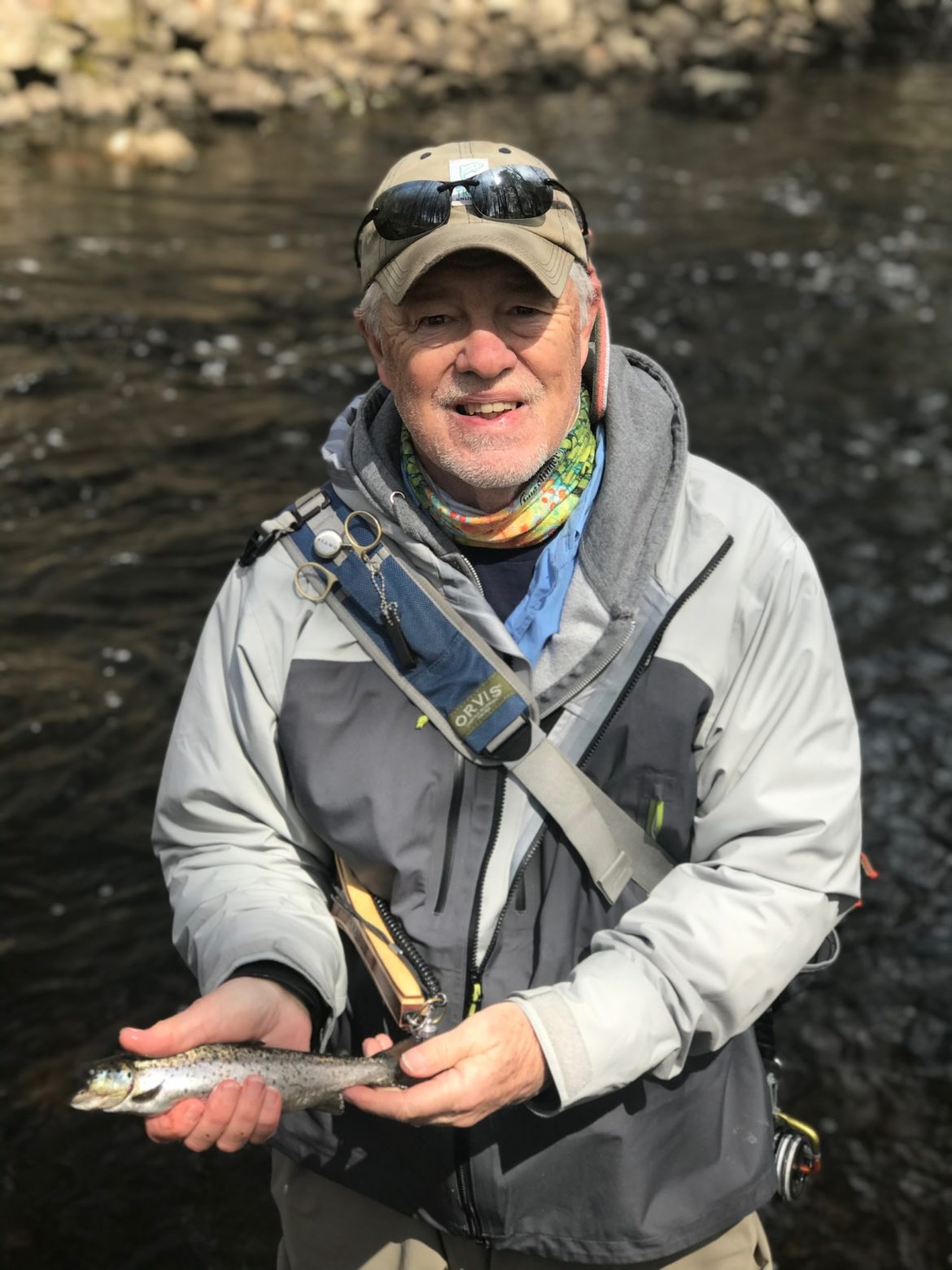 John Gierach wrote in his book, A Fly Rod of Your Own that, “The goal of fly fishing isn’t just to catch fish, but to catch them with style. Or, to put it another way, no one ever sets out to be half-assed at anything.” One is never more conscious of fly fishing with style as when you fish with another person or in front of other people.

Once or twice a year I head over to Manchester, Vermont, to the Orvis flagship store to try out the new fly rods. There are usually other people around and you feel their eyes on you, analyzing and dissecting your technique. I’m usually at my best at times like that since I am not worried about catching fish. I just want to look good.

Looking good is a relative term, and there are many different styles and techniques used in fly fishing that one has to use to catch fish. I would use the word master, but that would be too pretentious. I have seen some fly fishers look atrocious and catch fish, and I won’t exclude myself from that group.

I was fishing on the Trophy Stretch up in Pittsburg, New Hampshire, a few years back. There were two brothers in their mid-20s fly fishing downstream from me. The fishing was slow, and I noticed that one brother was teaching the other the fine art of casting and catching. Both brothers were new to the sport as was evident in their casting technique. The teacher in me slowly worked my way down to them to possibly offer some assistance. As I mentioned, the fishing was slow. I hadn’t caught a fish in awhile, and I was wondering if at that point I could even catch a cold.

If I had to rate my casting style, I would say I am about a five out of ten. On a good day I can maybe get to a seven. The problem I have is that I am an anxious caster. It takes me a while to relax. I want to get my fly on the water. If my fly is in the air it can’t catch a fish and is more likely to catch a branch.

I have been doing a lot of nymphing recently. In this technique there is not much casting, just mending your line up stream. This fits my impatient style of fishing. Transitioning from nymphing to throwing streamers is a challenge for me.

I recently hit a river that flows into Winnipesaukee with my friend Coach B. Coach hadn’t been out in a while, and after a few casts he was looking like a pro. Coach has a nice easy presentation and is fun to watch. I was casting a Hornburg and I was trying to relax and enjoy the day. The water was warm, so I didn’t expect to see any trout. So I made a nice cast close to the far bank. As the fly landed, the water exploded, and I reeled in a nice Rock Bass.

My adrenaline was pumping and I was rushing my cast. The next thing I knew my streamer whizzed by my ear. I dodged a bullet on that one. I took a few deep breaths and slowed down my casting. I looked over at the coach and he had that nice stroke going and was getting into some panfish.

I agree with John Gierach that it is nice to catch fish with style. It is wonderful to look good and catch fish. I work on it every time I go out. However, it is also nice to know that you can look half-assed and still catch fish. So I have that going for me!