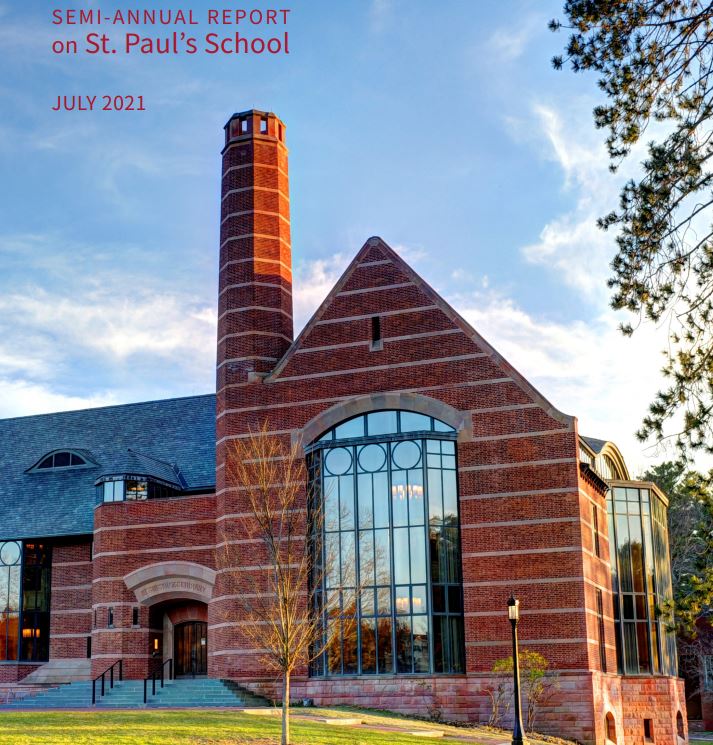 Donald Sullivan was appointed as the Independent Compliance Overseer by the New Hampshire Attorney General’s Office this year after the first ICO, Jeffrey Maher, quit saying that the elite private school created an “intolerable working environment.”

Sullivan’s position is to make sure the school complies with all mandatory reporting laws when it concerns reports of sexual assault and other crimes on campus, or off-campus and concerning students and staff.

In his report released Thursday, Sullivan lists 10 new reports of sexual assault that came in since he started in late January, including four active cases, and six cases considered historical, meaning it was a report of a past assault. Most of the reports concern sexual assault involving reported victims too young to legally give consent to sexual activity.

Sullivan also reports an instance in which reports of sexual harassment and bullying concerning a group of students resulted in St. Paul’s hiring an outside investigator. Before any students involved could be disciplined, however, they withdrew from the school, according to Sullivan’s report.

There is also an incident of a fight between two students that was not reported appropriately to the students’ families, according to Sullivan’s report.

The school agreed to appoint an overseer as part of an unprecedented 2018 settlement agreement that allowed the school and members of its leadership to avoid criminal charges in a sex abuse investigation in exchange for state oversight on campus for up to five years.

The state’s investigation of St. Paul’s got started in the wake of the Owen Labrie case. Labrie was found guilty in August 2015 of using a computer to lure an underage student into a sexual encounter while he was an upperclassman as part of what was called the school’s traditional “Senior Salute.” He was convicted of misdemeanor sexual assault and child endangerment and served time in jail.

The school is also now the subject of two lawsuits, one in which a recent female student alleges she was sexually assaulted and harassed by other students, and another lawsuit filed by two former students from the 1960s and 1970s alleging sexual misconduct by faculty.

Maher stated in his resignation letter that while at the school he was subjected to retaliation and even threats of litigation by leaders at St. Paul’s as he tried to fulfill his duties. Maher said there were numerous red flags when he was there, including “school leadership stating that they did not want investigations by the school which could have civil or criminal impacts and that they were apprehensive about creating documents which could become a matter of record.”

After Maher quit last year, representatives for the Attorney General’s Office met with school officials to work out changes to the agreement. Those changes include the school hiring an additional person in support of the Independent Compliance Overseer, to indemnify the Independent Compliance Overseer and the additional person for actions taken in their official capacity, and to engage RAINN (Rape, Abuse & Incest National Network) to complete a comprehensive program assessment of the programs and procedures as they pertain to student safety.