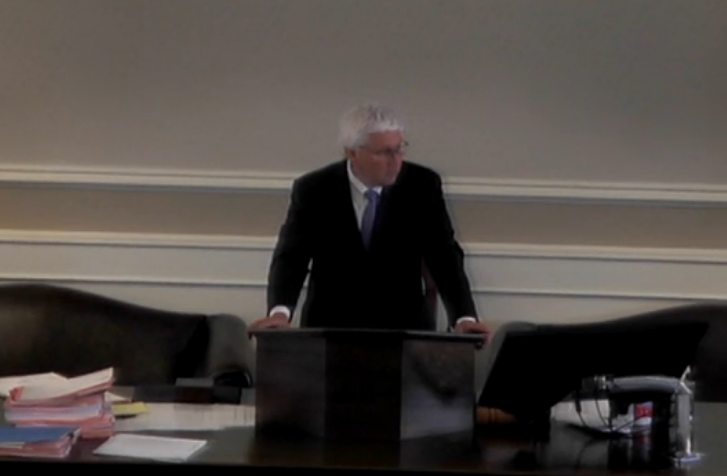 Compiled By Staff from news releases

CONCORD – Senate Republicans voted Thursday to send SB154, a bill that would prohibit New Hampshire officials from enacting and enforcing federal regulations and executive orders to reduce gun violence, to a committee of conference.

Senate Democrats voted against the recommendation citing what they say is the unfixable nature of the bill.

After the vote, Sen. Becky Whitley, D-Hopkinton, said: “SB154 is a reactionary bill that allows an extreme hyper-partisan landscape to put New Hampshire’s public safety at risk. If New Hampshire is prohibited from abiding by federal law regarding gun violence prevention, we are putting our public safety at risk simply to benefit the gun lobby. This is an unworkable, unconstitutional bill that should not have been allowed to move forward in any form.”

Originally, the bill included language allowing cities and towns to participate in partial pre-processing of absentee ballots, but that was stripped by the House.

“(A)s amended by the House, SB 89 seeks to circumvent any potentially forthcoming federal election reform by saying that New Hampshire would not comply with any federal changes. This effectively opens the door to New Hampshire having to run double elections, needlessly creating duplicative work for state and local election officials, driving up election costs and leaving local property taxpayers to foot the bill. This legislation is irresponsible and does nothing to respond to the very real needs voiced by our hardworking local election officials.”

The Senate also unanimously voted to concur on SB101, Soucy’s bill to raise the minimum filing threshold on the business profits tax.

“New Hampshire is extremely proud of our robust small business economy and our self-employed entrepreneurs. I was proud to sponsor this pro-business legislation to relieve thousands of small businesses of this unnecessary financial and administrative burden during this period of financial recovery,” Soucy said.

Senate Republicans voted to concur with the House amendment to SB137 which freezes the minimum wage for tipped employees at $3.27 per hour.

After the vote, Senate Democratic Leader Soucy said New Hampshire residents already suffer from an unlivable minimum wage. “To then go a step further and freeze our tipped minimum wage at $3.27, thereby denying our tipped employees the possibility of an increase in pay is bad for our workforce, bad for business, and shows a true lack of foresight on the part of my Republican colleagues.”

The Senate recommended a committee of conference on SB103 to discuss the addition of the language of HB 177, prohibiting the siting of a landfill near a state park.

“The protection of our state parks is a bipartisan priority and we are happy to see the discussion around HB 177 continue. In speaking with our colleagues in the House and across the aisle, there is room to negotiate towards a consensus on landfill sites. It is critically important that in taking steps to preserve our natural landscape, we also keep in mind the financial burden our municipalities have faced regarding the high cost of waste management. HB 177 is an important bill that deserves our full efforts to protect both our environment and our communities.”