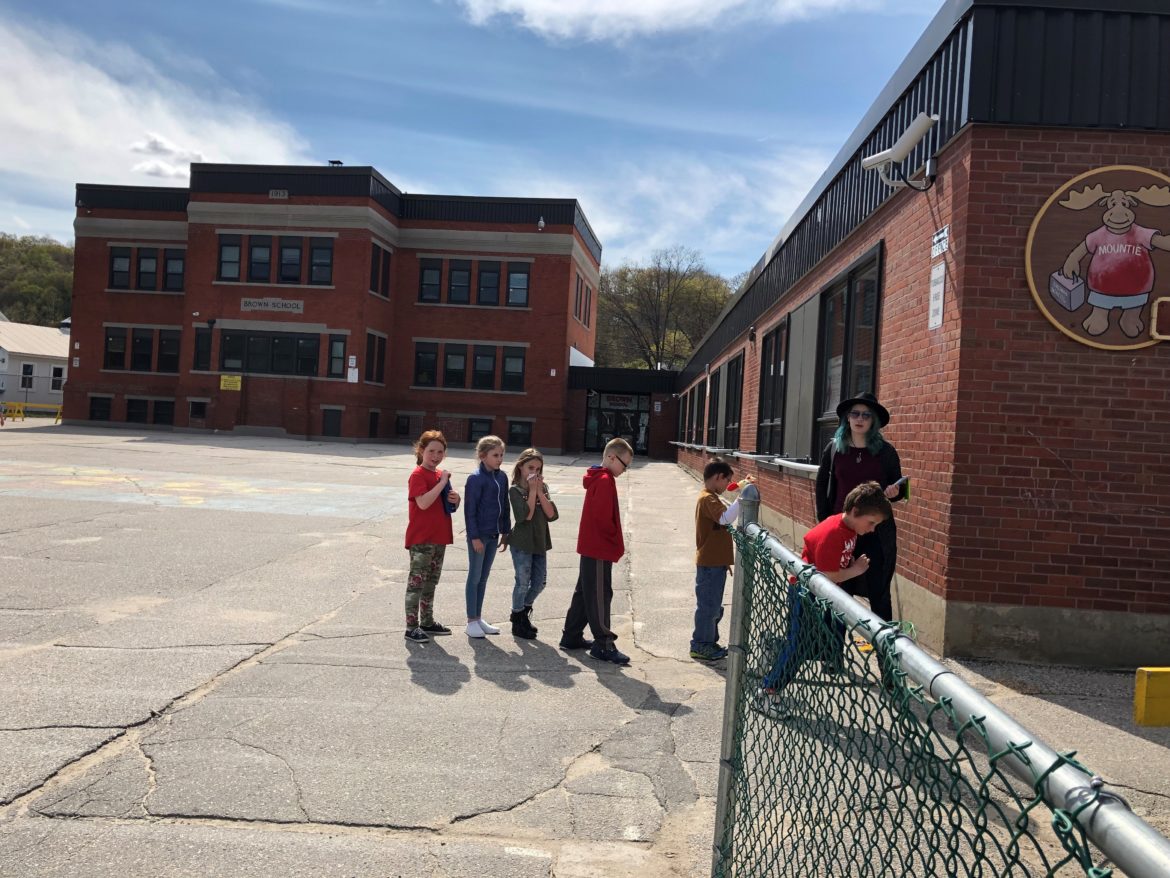 Students are pictured outside the Brown Elementary School in Berlin before it closed.

By Dave Luneau (Chair of the 2020 Commission to Study School Funding, Representative from Merrimack County District 10 (Hopkinton and Concord), and former Chair of the Hopkinton School Board))

Bill Ardinger (Member of the 2020 Commission to Study School Funding)

On June 3, 2021, the New Hampshire Senate voted to approve its version of the two-year state budget.  This version of the budget would spend a total of $5.4 billion in state general and education funds for the two fiscal years that begin on July 1, 2021 and 2022.  The Senate-passed budget will be considered by the House on June 10.

The budget includes a 207-page bill, known as “House Bill 2.”  This legislation includes a very detailed and complex set of laws and instructions that will implement the budget and important state policies over the next two years.  Not surprisingly, there is a great deal of information contained in this legislation, and very few persons, including legislators, have had a chance to review all aspects of these proposals.

One set of changes would implement very substantial amendments to our public school funding system.  The authors recently served as members of a year-long Commission to Study School Funding.  This Commission issued its Final Report on December 1, 2020.

Together, Commission members spent a great deal of time unraveling the issues and challenges for New Hampshire’s public education finance system, and we reached a very significant conclusion:  the current formula that distributes state budget dollars among our school districts in unfair and inequitable because it does not direct greater aid to the school districts whose children have the greatest needs.

The Commission relied on a national expert (American Institutes for Research) whose work demonstrated that, while New Hampshire on average enjoys very strong public school outcomes and spending, there is a dramatic gap in opportunities to achieve good outcomes in districts that face the greatest challenges.  And, regrettably, our current law distribution of state budget dollars fails to address this “student opportunity gap.”

Not only would the Senate budget continue this failure, it would exacerbate it.  What the Commission’s work recommended is a shift in state aid so that the top priority would be closing the opportunity gap.  This requires a fairer formula that would direct greater aid to communities with greater need, like our largest cities (Manchester and Nashua) and the original plaintiffs in the Claremont litigation.  Other communities, which AIR found are already offering well-above average opportunities for their children, would continue to do so.  This fundamental student equity focus does not require additional spending, just fairness in our distribution formula.

Instead, the Senate budget would have the effect of increasing state aid to the communities that are already offering above average student opportunities.  And it would do very little to help more needy communities.

For example, in FY 2023, the HB 2 formula would increase state aid over the FY 2020 amount for the better-resourced towns of Hampton Falls and Hancock by 74% and 82%, respectively.  Because the HB 2 formula provides a new $15.2 million special grant to 44 of the most property-wealthy towns, towns that received no state grant moneys in FY2020 like Hampton, Hanover, Newington and Rye would now receive state grants.

In contrast to these windfalls, poorer districts including those who were plaintiffs in the original Claremont litigation (Pittsfield, Claremont, Berlin, and Lisbon) would see only minimal increases of 2.82%, 3.12%, 3.48% and 3.89%, respectively.  These dismal results are not mitigated by a small amount of aid to districts with greater numbers of students eligible for free and reduced lunch programs ($17.5 million sprinkled among 171 towns).

While the Commission Report did not propose a specific plan, the Commission’s principles suggest results that would actually move the ball in the direction of fairness and student equity.  Assuming the same state budget spending levels for comparison, the Commission’s “Foundation Equity” approach points to substantially higher state aid distributions for our most highly challenged districts.  These would include Manchester, Haverhill, Nashua, Derry, Dover, Laconia, Keene, Goffstown, Rochester, Somersworth and Newport, all of which would receive grants at least 20% greater than HB 2’s unfair system.  Of course, addressing our opportunity gaps would also dramatically improve results for the Claremont plaintiff towns.  And none of these efforts to improve fairness and student equity would require any increase in state taxes.

We cannot support HB 2’s backward step away from fairness and student equity.  We believe that such a step will invite heightened scrutiny by the courts of our public education funding system.  It is contrary to the fundamental holdings of the Claremont cases – that the State must distribute state aid in a manner that provides an equal opportunity for good public educations for all of New Hampshire’s children.

We plan to continue to work to build a broad public and private coalition in favor of a Foundation Equity Reform Plan that will establish fairness and student equal opportunity as the governing standards of New Hampshire’s public education finance system.