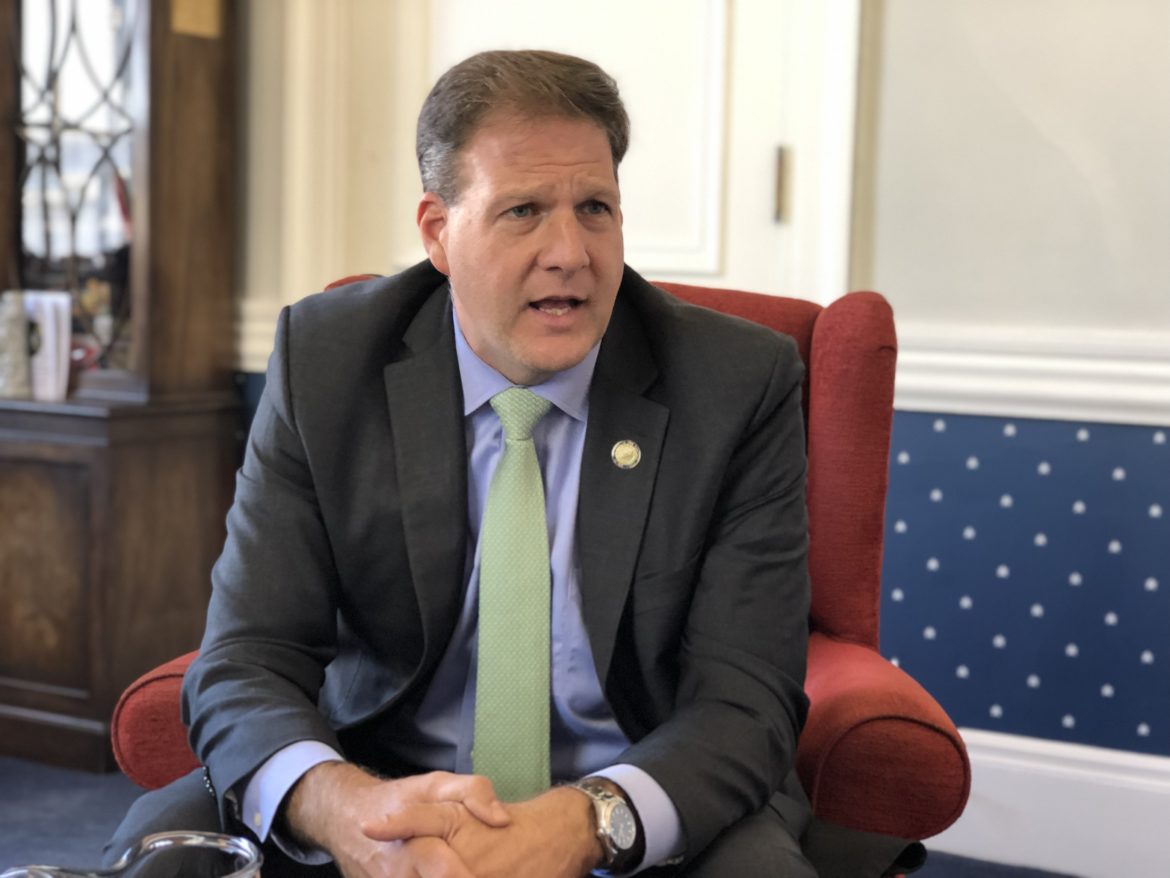 “My first responsibility is ensuring the safety of my family and our citizens,” Sununu said via Twitter. “For weeks, armed protesters have increasingly become more aggressive, targeting my family, protesting outside my private residence, and trespassing on my property — an outdoor public ceremony simply brings too much risk.”

Since Sununu announced a mask mandate last month, protesters have targeted his private residence in Newfields, prompting the town selectmen, which include the governor’s brother Michael, to issue a town ordinance prohibiting protests in residential areas.

That did not stop protesters who returned earlier this week resulting in one arrest and nine people fined $100 including a journalist from NH Journal.

An organization called the NH Committee of Safety planned to protest the inauguration ceremony scheduled Jan. 7 outdoors in front of the State House.

The group along with a half dozen elected state Representatives and about 80 citizens gathered Dec. 21 on the State House steps to support a Declaration of Independence from New Hampshire calling for the “Termination of office and Termination of the ‘state.’”

The governor’s mask mandate, Sununu’s executive orders shutting down the state due to the coronavirus and expanding his emergency powers, as well as the expansion of absentee voting were given as the reasons for the declaration, according to Daniel Richard of Auburn, who organized the NH Committee of Safety.

On Wednesday, Sununu said he did not make the decision to cancel the inauguration ceremony lightly, but it is the “right thing to do.”

Sherman Packard, Sununu said he and the Executive Council will be sworn-in during a small ceremony attended by leaders of both houses of the legislature, and virtually attended by all other members instead next Thursday.

“I will deliver my inaugural address live at 7 p.m. on Thursday, January 7. More details will be made public in the coming days,” Sununu said.

Other gubernatorial inauguration ceremonies have been held outside Representatives Hall, the traditional location, but have allowed for public access.

Earlier this year, Sununu decided to move the ceremony outside to allow for social distancing and making it less likely anyone would be exposed to the coronavirus.

The day before the inauguration, the House and Senate are scheduled to meet to adopt rules and other housekeeping measures.

The Senate is meeting remotely, but the House is scheduled to meet in a drive-in theater arrangement in a parking lot on the University of New Hampshire’s Durham campus.

Democrats noting some of their disabled and health compromised members will not be able to attend the session, are pushing for remote access saying the arrangements violate the Americans with Disabilities Act.

The House and Senate held sessions on Organization Day earlier this month outdoors at the University of New Hampshire to elect their leaders for the next two years.

House Speaker Dick Hinch of Merrimack was elected that day, but died a week later of COVID-19, raising health and safety concerns about future sessions.

“Governor Chris Sununu is partially responsible for the growth and threat of domestic terrorism in New Hampshire. Sununu vetoed background checks and repealed concealed carry licensing requirements, paving the way for dangerous individuals to more readily access and carry firearms. During the election, Sununu campaigned with anti-government and secessionist leaders, normalizing those viewpoints and building political power for those groups.

For months, Sununu looked the other way as heavily armed white supremacists stood outside of Black Lives Matter events, and armed militias recruited during ReOpen rallies. Now Sununu is finally worried about safety – when his own is at risk.”

As early as May 2020, Granite State Progress held press briefings and public education sessions warning that anti-government extremist and white supremacist activity was on the rise in New Hampshire.