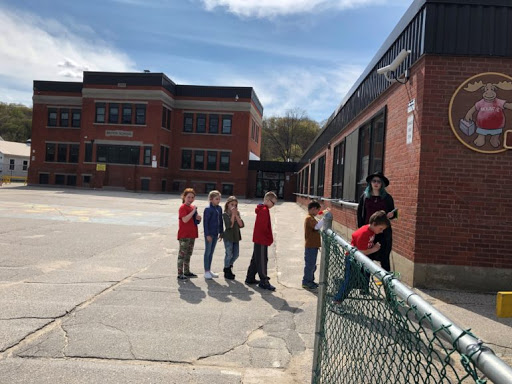 CONCORD — The authors of a new school funding report say they want to change the system to fund students instead of institutions.

Speaking at a press conference after delivering the report to legislative leaders and the governor’s office, key members of the commission said they envision the legislature acting on some recommendations in the upcoming session that could be implemented the following year.

The Commission to Study School Funding redefined an adequate education and its cost, while revamping the state’s education aid distribution system.

While New Hampshire’s average student educational achievement is among the best in the country, that is not true everywhere in the state, said commission chair Rep. David Luneau, D-Hopkinton.

“This is not just a problem limited to our communities,” he said. “This is a problem for our economy, our workforce, our businesses, and the civic health of our state.”

A study done by the commission’s consultants, The American Institutes for Research, found students in poorer school districts had lower educational outcomes than students with more opportunities from wealthier districts.

The commission decided to base adequate education on the state’s average student outcomes, using achievement scores, attendance and graduation rates.

The new distribution aid system would provide enough resources to property-poor school districts so its students would have the opportunity to achieve the state average outcome.

The distribution system would be based on the needs of students in a district and the community’s or communities’ characteristics.

Citing the past work of both Republican and Democratic politicians over the past two decades, commission member Bill Ardinger said the underlying principle has been to send state resources to the districts with the greatest needs.

“Today this . . . commission confirms this governing principle that any school financial system reform’s top principal is to direct the state’s precious resources to communities with the greatest needs,” Ardinger said.

Members of the commission at the press conference said they would push forward with the recommendations believing wanting students to perform at their highest possible level is a non-partisan issue.

“The threshold question for the legislature to deal with is should funding of schools be student centered,” said member Rep. Mel Myler, D-Hopkinton. “If the answer is ‘Yes,’ we should go right to the floor and go forward with it.”

He said the focus needs to change from “my students to our students” as the recommendations seek to level the playing field for students.

“It is clear, after more than 85 public meetings, that education funding policy should be guided by the fundamental concept that solutions must focus on all our kids,” Myler said. “Every kid in New Hampshire must be allowed an equal opportunity to succeed, regardless of economic or social circumstance.”

Commission members said the new system would more fairly distribute state aid no matter how it is funded or at what level.

“For New Hampshire to meet its constitutional responsibility where all students have equal opportunity to an adequate education, its state aid distribution funding formula needs to be altered,” said commission member Sen. Jay Kahn, D-Keene. “Currently, most state aid is allocated to districts as a flat universal cost per student.  The state can more effectively use its education funds by distributing higher portions of state aid to districts with greater student needs and less capacity to raise funds due to lower property valuations.”

Myler said after numerous public meetings, it is clear most people in New Hampshire do not understand education funding.

He said they intend to engage the public in a discussion comparing the current system to what is being proposed and how it better serves students.

“Currently we are funding things, we are not funding students,” Myler said “The approach we have here is a heck of a lot fairer.”