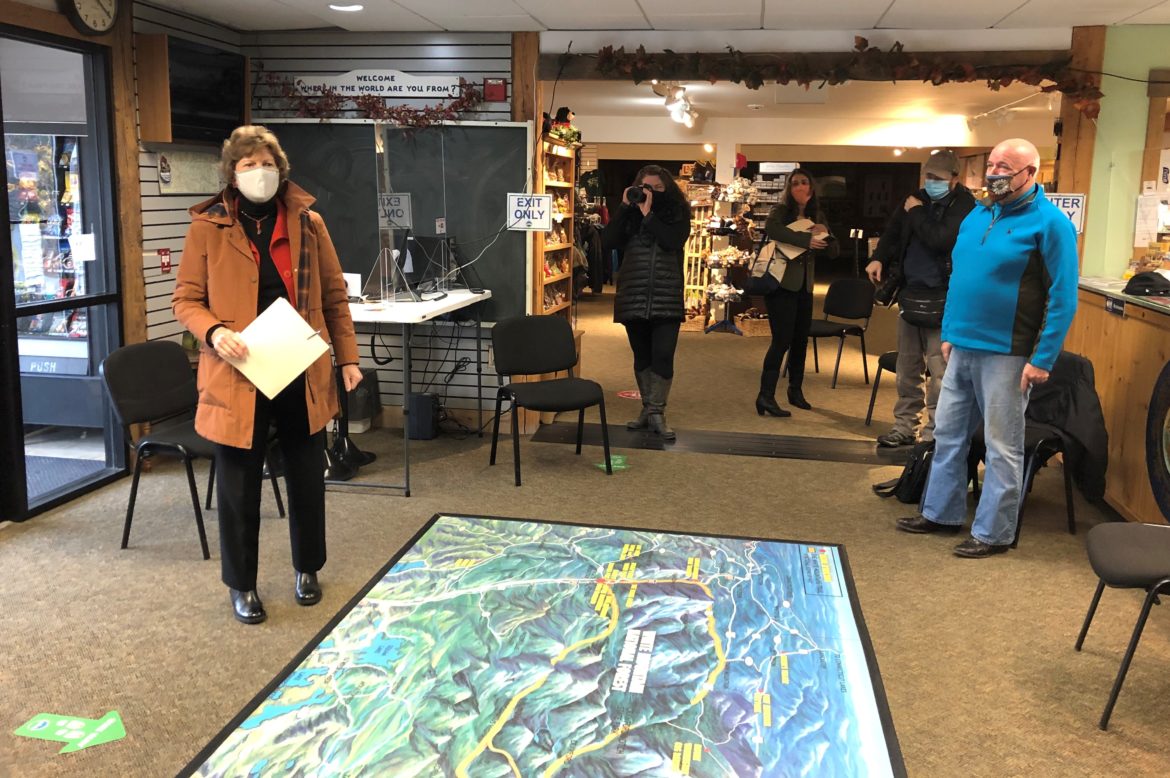 NORTH WOODSTOCK – Tourist attraction owners in the White Mountains are facing continued business uncertainty with the pandemic and need another infusion of help from Washington to get their full-time staff through to spring, they told U.S. Sen. Jeanne Shaheen Wednesday.

Operators of the Cog Railway, Santa’s Village, Clark’s Trading Post, The Hobo and Winnipesaukee Railroad and a representative for the 17-member White Mountains Attractions, described the dire situations they face with limits on capacity ranging from 25 to 50 percent this summer and fall due to the pandemic, total closure through the spring and worries that future outbreaks may return them to a time when they all closed down.

While the federal Paycheck Protection Program, which was extended from eight to 24 weeks, made the difference in having to eliminate staff and went almost entirely to payroll, the businesses are awaiting more stimulus help and are in a perilous time, they told Shaheen, D-N.H.

Shaheen asked for the meeting to assess what should be done to help this sector of the state’s economy in Washington and their employees who in many cases fuel the local economy north of the notches.

Benjamin Clark from the Hobo Railroad and Clark’s Trading Post, Jim Miller and Christian Gainer from Santa’s Village, and Wayne Presby from the Cog Railroad met with Shaheen at the White Mountains Attractions Visitor Center to discuss the situation.

Some businesses are really having a hard time and based on the numbers, Shaheen said it appears that the tourist industry is “really struggling.”

Shaheen said she was hoping that another package of funding similar to the CARES Act and the Payroll Protection Program was going to be passed in Congress before the election but that is not going to happen, she said.

“And it is not at all clear, perhaps it will be more clear after the election, but I think there is a general sense for most people that a lot of people still need help…and we need to help them get through on the other side of this pandemic. Hearing from you all will give me a better idea of what we need and what we need to get done in Washington,” Shaheen said.

Charyl Reardon, president of White Mountains Attractions, said her members “need to be heard and they need some relief.”
Presby said the biggest problem has been the uncertainty of the situation and the changing rules and regulations from the government.

“In all the years I have been in business, this year has probably been the most stressful,” Presby said.
Being closed down as non-essential, wondering why his business was chosen rather than others, the federal PPP programs “which was completely flawed,” he said.

Shaheen was one of the drafters of the PPP legislation. Presby noted that once open, capacity limitations due to the virus went from 25 to 50 percent.

Presby said he moved forward with multi-million dollar projects which were in the pipeline and then banks got hesitant. Federal loans being offered were too expensive, he said.

“Going forward my concern is the lack of certainty. Are we going to get shut down again?” Presby said.

Officials for Santa’s Village said it will likely take three years to return to where they were in the books before the pandemic and they are concerned about keeping on their full-time staff of about 30 without more stimulus help.

The mostly outdoor attraction was coming off a banner year and had gone “all-out” to build up a new attraction, Scrooge’s “Great Humbug Adventure” when the pandemic hit.

“The PPP program really saved our business. It kept our employees employed through to May when they were able to reopen,” Gainer said.

But keeping the capacity capped at 25 percent was a huge burden, he said.

He said they rely on part-time employees and the $600 a week bonus was a disincentive, requiring them to close one day a week for lack of help despite the fact that most days they were sold-out.

He said the lack of foreign workers who typically had visas was also a problem.

Miller, also of Santa’s Village, said without the help they will not be able to keep employees through the winter because they will need capital to open up next summer. Clark, whose family has provided tourist attractions in the state for 100 years, echoed those concerns but instead of describing it as Miller did as “enough hay in the barn,” he said at Clark’s they are worried about having “enough acorns” to get through.

Shaheen, who was there in her capacity as sitting U.S. Senator and not a campaign stop, said she received a lot of good input to take back to Washington.

Reardon noted it is not just the attractions that could be lost, but jobs and the economies that they help.

She said overcrowding this summer and bad behavior showed her that because attractions were so limited in a capacity that “it spills over.”