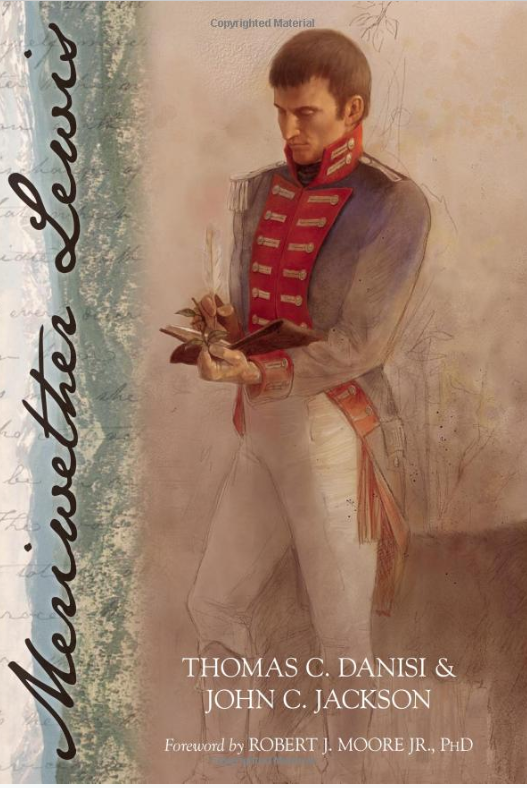 This biography of Meriwether Lewis is one of the most interesting books I have ever read.  Why?  Well, it is a flashback to the way government worked in 1801 when Thomas Jefferson became president of the United States.  He ran against Aaron Burr and there was no clear winner.

As the Constitution was written and utilized, the House of Representatives was called on to decide.  It took 36 votes by the House to award the title to Thomas Jefferson.  Wow. That was interesting enough to keep me reading but I learned that government is not easy and certainly not trustworthy.  Here we had a president who undoubtedly had detractors, who bought the Louisiana Territory from France.  What had we purchased?  No one knew for sure.

Meriwether Lewis was asked by President Jefferson to be his secretary.  He was a young protégé, a neighbor from a farm ten miles away.  He had been educated and mentored by the president for years. Meriwether was also asked by President Jefferson to lead an expedition to the newly purchased land to see what was there.  The details of the how, why and when are engrossing and a truly good read.

The times have not changed so much. When you read it, you will also find about the scourge of the time.  It was malaria.  You will also become aware of the limitations of government and medicine.

I will not bring up Meriwether Lewis’ death.  You will have to read the book and decide for yourself.  This is a historical look back at a time not so different from today. It is a thriller, is factual and has many notes to back up what was written. For the reader, to be part of such a fantastic time in our history is amazing.