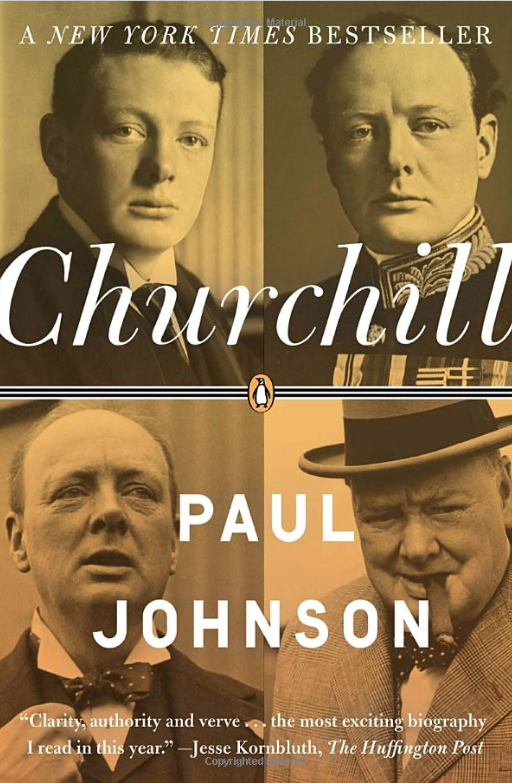 Monica Reads is co-published by InDepthNH.org and Manchester Ink Link

Author Paul Johnson has written a book about Winston Churchill that is a study of his life from childhood to his 70th year. He died on January 24, 1965.

Johnson takes us through all of the different stages of Churchill’s life.  I was fascinated and could not put the book down.  It is a riveting glimpse into the process of a man’s life, one who has touched all of us.

Churchill was a gifted writer who was not frightened of anything.  In New York, at one point, he was hit by a car while not looking to the left to cross a street.   It was during the stock crash in 1929 after he had invested a lot of money only to see it disappear.

While convalescing in the hospital he wrote an article and said, “Nature is merciful and does not try her children, man or beast, beyond their compass.  It is only when the cruelty of man intervenes that hellish torments appear.  The rest, live dangerously, take things as they come.  Fear naught, all will be well.”

You will be engrossed when you read the question, “Did Churchill save Britain?”  What do you think?  Why was America so involved?  What was the outcome of FDR’s last days in office before his death and his and Eisenhower’s decision to let the Russians go first into Berlin?

How did the outcome of this involve the politics of the time in American as well as Britain?  If the allies had gone first to Berlin, would there have been a Russian influence for Europe?  Did the allies fight a war and win only to lose the political game and give the Russians an equal seat?

This book shares the human side of a great man who was fearless in his assault on a life he lived so well.  We are all in need of history and explanations and “what if” moments.

How are you at leading your life?  Are you fearless?  I have asked you a lot of questions today and want you to know that I am, myself, in the midst of answering these questions.  You will discover a new you.

You have to read this book.  It is a must.  It is engrossing.  It is short.  It is in the stacks at your library in the 921.CHURCHILL area.