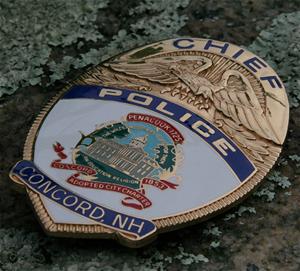 Column: Why You Should Care, NH
By BOB CHAREST

Want to know the easiest way to get a journalist’s attention?

Tell her or him something is a secret.

Then see how many ways to midnight they try and get what won’t be told.

More often than not, someone will spill the beans.

After all, how do you think a lot of murders are solved?

Keeping secrets is something that has been going on as long as man has been on the Earth.

Telling a journalist something is a secret is nothing more than the issuing of a challenge. It’s in our DNA to want to know some bit of information when someone closes the door in our faces.

Now the “journalism” part of this challenge is deciding if something is worthy of the manhours, the effort it takes to extract the truth, whatever that might be. Is it in the public good? Will something be learned that will benefit the community?

Yes, we have egos, but some of us also have ethics.

This “public good” test is the snare that separates prize-winning stories from the stuff that never makes it to daylight.

I bring this up because recently a very interesting case played out in court, and journalists – and some might say, the truth – lost the first round.

In case you missed it, the Concord Monitor has been trying for the past seven months to get the City of Concord to tell them what sort of “covert communications equipment” the police department paid $5,100 for to an unnamed vendor. During presentations of the city budget to the city council, the Monitor reporter noted the line item and asked for more details. It was disclosed at some point that the city has been using this “equipment” since at least 2017. The city refused to elaborate.

Last May, the Monitor and the American Civil Liberties Union of New Hampshire filed suit under the state’s right-to-know law seeking to know what sort of secret the taxpayers of Concord were funding.

The police insisted that disclosing that information would be harmful to the public welfare. Further, the city’s contract with the vendor prohibited the city from divulging the type of service, even the name of the vendor. A contract provided to the Monitor was so heavily blacked out that it was nearly impossible to glean not only what the “equipment” is, but what it does.

We know what it isn’t. The city manager has said it isn’t body cameras or drones.

On Dec. 20, Judge John Kissinger Jr. in Merrimack County Superior Court sided with the city and the police department.

As reported by the Monitor, Kissinger said, ““The nature of the equipment is such that, upon discovery of the information redacted, individuals involved in illegal activity could take measures to circumvent its use. … If discovered, the effectiveness of police investigations in a number of criminal law enforcement settings would be significantly curtailed.”

In New Hampshire, we have something called the Murray exemption – Murray, 154 N.H. 579, 582 (2006); in Freedom of Information Act cases, it’s known as Exemption 7. Because police investigative files are not subject to the right-to-know law, the test that is applied to determine if a police file should be released includes six criteria:

Looking at the redacted contract supplied to the Concord Monitor, a few details emerge: It appears that the service is some sort of “data collection,” that a website is involved, and it refers to “customer data.” I’m guessing here, but it seems evident the police are allowed to access that data. Going out on a limb, what if the data collected is on our smartphones? That seems to fit the general scenario laid out in the contract. A smartphone is a treasure trove of personal information, with photos, videos, recordings, call logs, and text messages. No one is saying that police are doing this, but if the police are doing this, we should know.

So why should any of this matter to you? After all, as some might say, don’t break the law and it’s not going to affect you. But the issue that is raised: Are they doing this on someone accused of a crime, or everybody? We don’t know.

But in addition to the matter of how $5,100 in taxpayer money is being spent, there’s this:

It matters to our system of jurisprudence, in which criminal defendants are allowed to question their accusers and refute the evidence against them. And as any good criminal defense attorney would tell you, there are safeguards in place to keep the accused from being subject to “overbroad” searches. Many a time has evidence been thrown out because of this safeguard, otherwise known as the Fourth Amendment:

“The right of the people to be secure in their persons, houses, papers, and effects, against unreasonable searches and seizures, shall not be violated, and no Warrants shall issue, but upon probable cause, supported by Oath or affirmation, and particularly describing the place to be searched, and the persons or things to be seized.”

How do we know if what the police are doing in Concord complies with the Fourth Amendment?

I suspect we’ll be hearing more about this, possibly if the ACLU or the Monitor decides to file an appeal.

Bob Charest writes this occasional column for InDepthNH.org. He has been involved with the website since its inception in 2015 and serves on the board of directors of the parent organization, the New Hampshire Center for Public Interest Journalism.