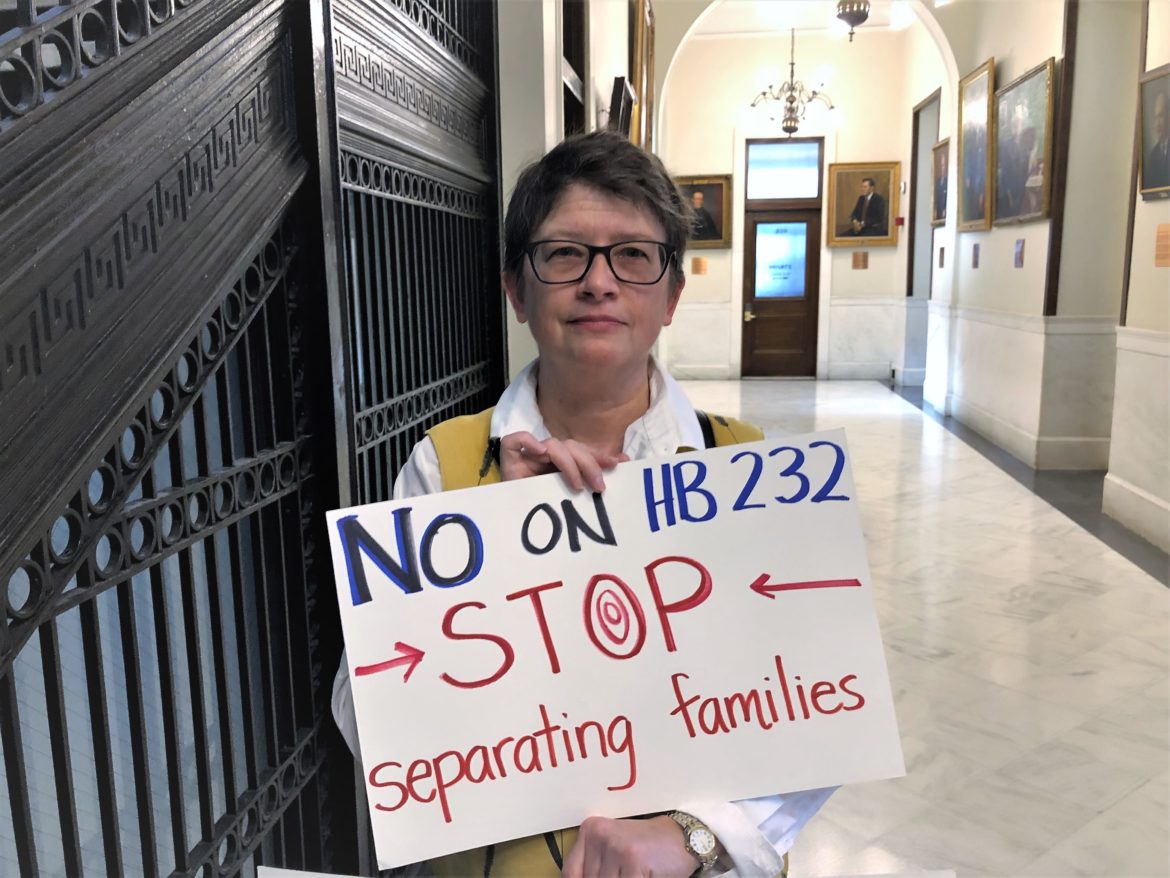 Maura Willing is pictured at the State House on Thursday.

CONCORD – Maura Willing of Concord said she feels it’s her duty to come to the State House to support or oppose measures before the General Court.

This responsibility to civic engagement brought her to the State House on Thursday to oppose House Bill 232-FN, an act relative to the enforcement of immigration laws and the prohibition of sanctuary policies.

According to the language of the bill it, “establishes the New Hampshire anti-sanctuary act, which requires state and local government entities to comply with federal immigration detainer requests. The bill also prohibits state and local government entities from adopting policies that prohibit, restrict, or discourage the enforcement of federal immigration law.”