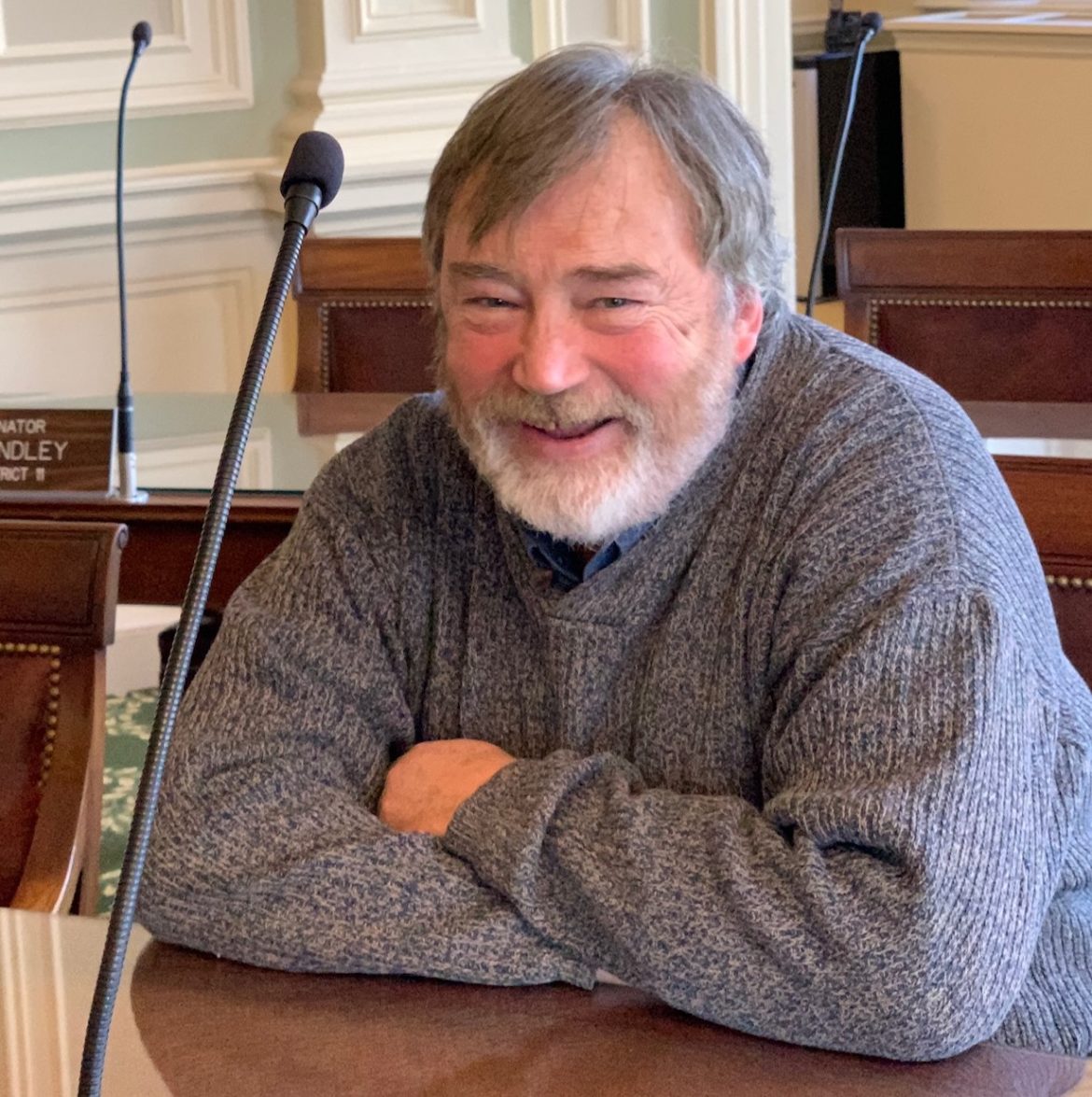 During a recent assignment, Wayne D. King of Rumney sits in the state Senate seat he held for three terms after being elected in 1988.

A mind stretched by a new idea, does not return to its original dimension.”
~Oliver Wendell Holmes

According to recent polling, nearly two-thirds of Americans say our democracy is broken – between the poisonous effects of special interest money, the deeply partisan divide, the purging of centrist voices in both parties, negative campaigning, the tribalism and deep sense of antipathy and mistrust with which most Americans view their government.

The View from Rattlesnake Ridge A bi-weekly column by Wayne King on New Hampshire Center for Public Interest Journalism website. *Art: **The Best of Wayne King* – The Artist’s Best Selling and favorite
images.