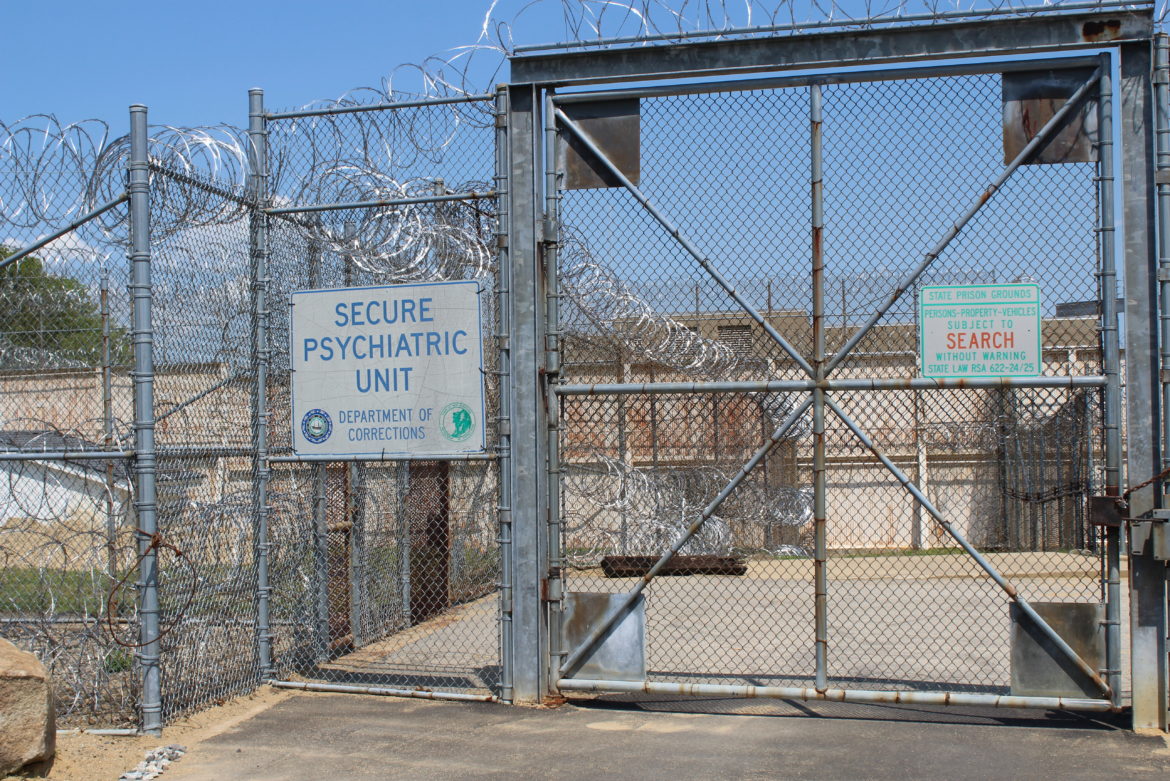 Secure Psychiatric Unit at the men's prison in Concord

Melissa Sullivan’s brother has been held in the Secure Psychiatric Unit after being deemed not competent to stand trial for the 2013 second-degree murder of his roommate, just days after he was released from the New Hampshire Hospital.

At the hearing Wednesday, I discussed the lack of clinical treatment at the Secure Psychiatric Unit, the struggle to maintain family connection with a loved one who is civilly committed and spoke about the isolating behaviors that are promoted within SPU.

I discussed that my brother is fed his meals daily through a mail slot and is only able to share a meal with others once a year at his Christmas party.

I discussed his treatment at New Hampshire Hospital when he was growing up and how it differed from the treatment he receives today.

His clinical time with his clinician is 15 minutes once a week, and a 15 minute AARNP meeting to discuss his medications and that he has no other clinical treatment because none is offered or available. Staffing at the prison has declined so visitation is often cancelled without notice, and the elevator is no longer available further impacting an already tenuous handicapped accessibility situation.

Following the hearing I am cautiously optimistic that with the support of the current legislature and if the Governor remains committed in his budget, that there is hope. Legislatively time frames and transition planning will be key as the Department of Corrections and NNH seem content to continue with the status quo of imprisoning the civilly committed, men and women, in the New Hampshire State Prison for men.

I truly believe that our family has been put in this difficult situation, at this time to speak up and bring attention to the situation at SPU. I worked for the state of New Hampshire for many years and I know that we are capable of providing good, ethical treatment to our citizens. One of the difficulties with SPU is that no one was talking about it and when we did there was a clear message that people had no idea that civilly committed patients are being held, indefinitely, without due process, in violation of their constitutional rights, at the State Prison for Men.

Upon referral from the Probate Court with legal counsel provided by the State of New Hampshire, patients who are civilly committed are rubber stamped directly from county Houses of Corrections without even a temporary stay at New Hampshire Hospital for evaluation. They are transferred to the prison where they are unable to call or have visitors for at least 30 days. Families have to complete criminal background checks before any visits can even take place.

Patients are assigned inmate numbers, given prison issued clothing, given “The Handbook for The Guidance Inmates,” made to sign an acknowledgment that they have received the “handbook” and will follow it. They have no choice in even the simplest of ways, They get one roll of toilet paper a week and if they happen to need more because of a digestive issue caused by many psychotropic drugs, they have to purchase it at an inflated rate through the Prison Canteen.

Phone calls have to be prepaid, again at an inflated rate, with an arbitrary “service and processing fee,” the calls then announce you are “receiving a call from the NH State Prison for Men, this is a call from an inmate and are listened to and recorded.” We can’t even send my brother a birthday card because it is against prison mail policy.

We need to do something as a state to stop this inhumane treatment. Changing policy through litigation is never optimal, for any of the parties involved. It is time consuming, costly and often results in reactionary policy and delays in providing necessary services. He is a patient who deserves treatment in the least restrictive setting available in which he can function under section 504 of the civil rights act, which is a Hospital, a secure Hospital, likely long term. As a family we will continue to stand by him and love him as families do. We need the state to step up and do the right thing.

Funding often comes up as an issue. DOC corrections officers work hard, in an often thankless job with long hours and limited compensation. They are our first line of defense for public safety. We have an obligation to fully fund the DOC so that they can perform this important duty without a shortage of manpower and resources.

That is a separate issue. We are not seeking to find fault with the care the officers provide. They protect a very vulnerable population and do a commendable job. They are Corrections Officers not Mental Health Clinicians. Many have had advanced training, but they are dealing with populations at two ends of the spectrum in a small space with few resources and little time off.

Basic investments in infrastructure like public hospitals and clinics are vital to any society and do come at a cost. New Hampshire has avoided this particular cost for 35 years. It is no longer reasonable to do so.