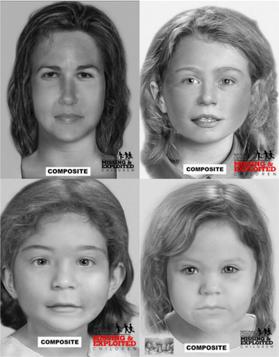 By Bob Charest
Why You Should Care NH

“Now I’ve always tried to live by the motto that there’s no defense against the truth. But sometimes it’s hard to find out what the truth is. You’ve got one side, the other side, and something down the middle that some people might perceive to be the truth.”

These are the words of a murderer. Probably a serial killer.

These are the words of Larry Vanner. Or Bob Evans. Or Gordon Jenson. Or Curtis Kimball. Or Gerald Mockerman. Or Terry Rasmussen. Or whatever else he might have been calling himself all the years he was traveling the country, stealing cars, harming women and children, and evading the police. He was probably killing people, possibly many people. In the end, the police were only able to get him for killing one woman, a lonely Korean immigrant in California. He died in a California prison in 2010, telling authorities nothing useful, saying he didn’t remember much, that he was an alcoholic with a shot memory.

His story, and more accurately, the story of the latest in police work designed to catch killers in cases that have gone unsolved for years, is all laid out in a riveting podcast from reporter Jason Moon and New Hampshire Public Radio. The six – actually eight – episodes are a masterstroke in narrative storytelling as well as a well-structured romp through a very confusing series of crimes that explores the cunning of a man who managed to keep at least two steps ahead of law enforcement and on a path hellbent on destruction before the police finally caught up with him. The series is available at bearbrookpodcast.com.

It took about 250 pounds of kitty litter to trip him up, and some good, old-fashioned police work that finally brought him to justice for some of his crimes, but in the end, this man one detective described as “pure evil” left us sitting in the dust on a few of his other crimes, including the bodies in the barrels found in Allenstown.

That woman and three girls (we know one is the killer’s biological daughter) are still unidentified to this day.

It all started in 1980 when two bodies – a woman and a young girl, almost entirely skeletal, nude, dismembered, tied with electrical wire, and killed by blows to the head with a blunt instrument – were found wrapped in plastic in a barrel in a wooded area on the border of Bear Brook State Park in Allenstown. The land where they were found is not technically in the state park, but the murders came to be known as the Bear Brook murders.

Their bodies could have been there for several months to a few years.

As they say in the news business, it sent shock waves throughout the community.

But then, as the case languished and identities remained unknown, a state police detective named John Cody assigned the cold case 15 years later is traipsing around in the woods one day and discovers … of all things … another barrel with two more bodies … 300 feet away from where the first barrel was discovered.

Three hundred feet away. And it took 15 years to discover this.

Moon does a phenomenal job of reporting all this, even demonstrating with the assistance of his intrepid producer, Taylor Quimby, how something as big as a barrel could go unnoticed in a wooded area, even if it was only the length of a football field away.

That’s what makes this podcast so special. Jason Moon knows how to tell a story, a complicated story at that. He uses some good sound effects, a knack for making the finer plot details clear, and even a bit of his own homemade music to tell this tale.

The tale ends with the sorrowful knowledge that we still don’t know who the woman and girls in the barrels are. An empty grave in Allenstown’s St. John the Baptist Cemetery (empty because investigators took their bodies back into evidence after the second two bodies were discovered) has a gravestone paid for by church goers. The inscription reads: “Here lies the mortal remains known only to God of a woman aged 23 to 33 and a girl child aged 8 to 10. Their slain bodies were found Nov. 10, 1985 in Bear Brook State Park. May their souls find peace in God’s loving care.”

Investigators still hold out hope that those will not be the final words written in this case, that someday the woman and girls will be identified, and the fact they haven’t been yet is not for lack of trying. Moon carefully goes through all the finer points of how law enforcement combined with genealogists and geologists (yes, a geologist employing isotope testing) and an especially intrepid search angel and her brother from Maine have narrowed the case.

Moon also covers the points of the various forms of DNA testing, including autosomal testing, and a fascinating exploration of genetic genealogy with one of the pioneers in that field, Barbara Rae-Venter. He plans to update the podcast with any late-breaking developments, and he has already included the details of the most recent discovery due to this case: the identity of Elizabeth Lamonte, who disappeared from the custody of YDC while on a trip to a Manchester baseball stadium in 1984. Her body was actually discovered in Tennessee the next year, but investigators never connected her back to New Hampshire until DNA testing recently verified her identity.

Rasmussen may not be connected to that case, but the discovery originated from a call to the tip line generated by the publicity of the Allenstown case. The podcast series also delves into the disappearance of Denise Beaudin from Manchester, last seen in 1981 – in Bob Evans’ company – and the fact that a young girl with Evans (then going by the name Larry Vanner) he tried to pawn off on an older couple at a Scotts Valley, California RV park was actually Beaudin’s daughter.

All the details of this case are worth the multi-part series. You’ll learn a lot about the current state of genealogy research and how we are on the new frontier of privacy issues raised by unsuspecting people sending their DNA samples to a website where that information may be used to ferret out criminals. It’s all quite fascinating.

NHPR reporter Jason Moon reminds us on several of the Bear Brook podcasts that this series is somewhat of an experiment for New Hampshire Public Radio. It took resources and manpower to invest in something of this scope, exploring all the facets of this case. Jason asked if listeners who want to support this kind of journalism and see it continue could donate $20 through the website, bearbrookpodcast.com.

This seems to be the latest model for journalism: Users paying to help keep such news gathering operating. If we as users like it, we help pay for it. Does this kind of journalism-for-hire work?

In the case of the Bear Brook podcast, I’d have to say yes. I gave the $20. I thought the work was well worth it.

This is similar to the way InDepthNH.org operates as well. You have a chance to help keep our voice alive as we near the completion of a fundraising drive to help our own bottom line for the new year. Founder and executive director Nancy West is hoping to raise $25,000 by the end of December. She is closing in on that goal, and you can help by visiting newsmatch.org, clicking on the link for the New Hampshire Center for Public Interest Journalism (InDepthNH.org’s parent organization) and donating whatever you can. This special drive gives you the chance to have your contribution doubled. Whatever you give will be matched, dollar for dollar up to $1,000, by several generous foundations and charitable organizations. I am a member of the New Hampshire Center for Public Interest Journalism’s board, and I believe in the kind of work being accomplished by Nancy and others. Please help her keep this project alive by supporting its work.