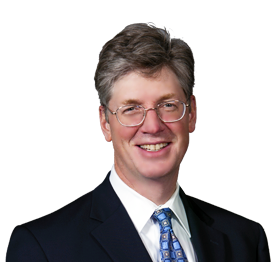 Robert Carey has been appointed to represent Anthony Heath in lawsuit against Gov. Sununu and state agencies in federal court.

Carey, of the Concord law firm Orr and Reno, was appointed after federal Magistrate Judge Andrea Johnstone ordered pro bono representation in Anthony Heath’s civil lawsuit. He claims his civil rights are being violated by being held at the Secure Psychiatric Unit at the men’s prison even though he hasn’t been convicted of a crime.

The lawsuit was filed in April in U.S. District Court by his mother, Nancy Heath of Milan, but Johnstone noted that non-lawyers can’t represent clients in federal court. Besides ordering a pro bono lawyer for Anthony, 32, Johnstone allowed $5,000 for expert fees.

Nancy Heath, who is also fighting in Probate Court to maintain her guardianship of Anthony, said she is grateful Carey is on board.

“I’m thankful the magistrate judge agreed to a pro bono lawyer. Robert Carey is just the lawyer we need,” she said.

Carey declined comment on Wednesday saying he is just beginning his work on the cases. Kate Spiner, spokesman for the Attorney General’s Office, didn’t immediately respond to a request for comment about the litigation.

Carey has also been appointed and will be paid to represent Nancy Heath under the Criminal Justice Act in her separate federal habeas filing demanding Anthony be immediately transferred to the New Hampshire Hospital, the state’s psychiatric hospital.

“The court finds that the interests of justice warrant the appointment of counsel in this case, to allow Ms. Heath to pursue this action on behalf of her son,” Johnstone wrote.

Anthony Heath was involuntarily committed about two years ago for up to five years as being not competent to stand trial due to mental illness for a first-degree assault and a second-degree assault charge in separate incidents in 2015.

Those charges have been dropped, but they could be reinstated in the future.

Nancy Heath had also complained that Anthony was tasered because he refused a non-emergency blood draw when he first arrived at the unit.

She also alleged that patients’ personal property is taken and they are issued prison uniforms. “They are subject to pat searches conducted by guards and cell ‘shakedowns.’”

Her son’s Fourth Amendment rights were violated when Department of Corrections employees monitored his phone calls, read his personal correspondence, searched his cell and performed strip searches of him in front of female correctional officers, the lawsuit claims.

“Anthony Heath has been incarcerated in a maximum security prison, while having never received appropriate mental health treatment in violation of” the Americans with Disability Act, the lawsuit says, adding that during his first eight months, he was held in a cell 23 hours a day.

The Secure Psychiatric Unit is part of the state prison complex and patients are treated under the same rules as prisoners. It is staffed by corrections officers and run by the Department of Corrections while the separate New Hampshire Hospital across town is managed by the Department of Health and Human Services.

Johnstone said that a plaintiff in a civil case does not have a right to counsel, and the court has discretion to deny a motion for counsel absent a showing that “exceptional circumstances [are] present such that a denial of counsel [would be] likely to result in fundamental unfairness impinging on his due process rights.”

Johnstone continued: “The court finds that the circumstances presented here, however, warrant the appointment of counsel to represent the plaintiff in this case.”

Anthony’s civil lawsuit argues that Anthony should be immediately transferred to the New Hampshire Hospital because he has not been violent while housed for the last two years at the Secure Psychiatric Unit.

Anthony receives unequal treatment because other similarly committed individuals are treated in the hospital, constituting a violation of the Americans with Disability Act, the lawsuit states.

“The State has created two classes of civil committees. Indeed, people civilly committed to (Secure Psychiatric Unit) have even less freedom than other prisoners confined at (the men’s prison),” the suit alleges.

Unlike convicted criminals and pretrial detainees, civilly committed people at prison psych unit are not allowed outside, with recreational access limited to an outdoor concrete lined, caged space for use only by Secure Psychiatric patients, the suit said.

“The incarceration of citizens civilly committed to SPU amounts to the criminalization of mental illness, unnecessarily stigmatizing those who have an urgent medical need,” the suit states.

The reason patients are housed in the prison is because New Hampshire has chosen not to establish an adequate number of treatment beds in New Hampshire Hospital or a separate forensic facility, according to the lawsuit, although the state recently began considering a new 100-bed forensic hospital to fill the gap.

State Rep. Renny Cushing, D-Hampton, also plans to submit legislation in the next session to halt the practice. New Hampshire is the only state in the country that imprisons people for mental illness treatment, the suit states.

Read InDepthNH.org’s coverage of the controversy by clicking here.