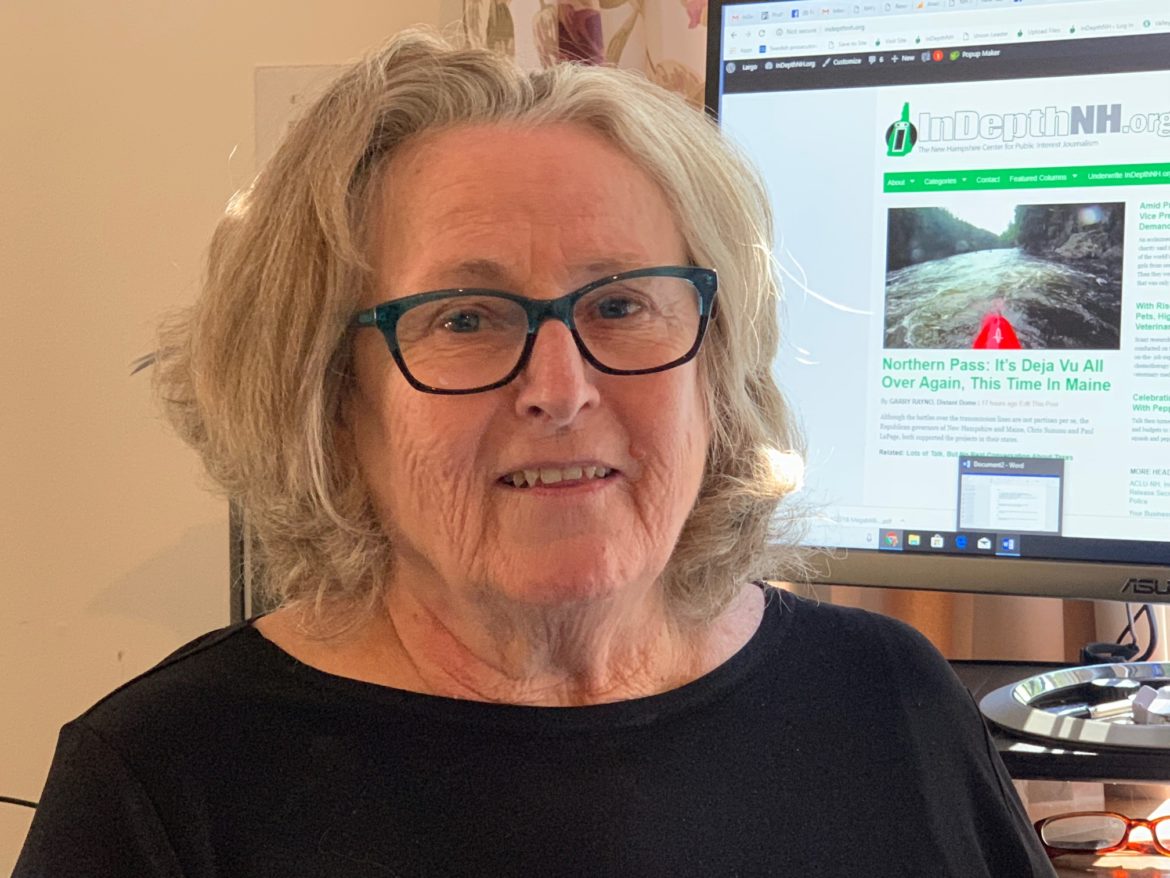 We love working for you at the New Hampshire Center for Public Interest Journalism. Let’s all look to the future of news. – Thanks, Nancy West, founder, editor

I was talking with a friend on Thanksgiving and he was complaining about the state of news in New Hampshire. He was angry that so much news today is generated from press releases emailed from elected officials, politicians, businesses, government agencies, and police departments, which also send mug shots and accident scene photos.

Sometimes the releases are rewritten before being published. Sometimes not. My friend and I both agree that relying on this kind of free filler is no way to report local news. It’s our job to hold government accountable, not give officials free rein to dictate which stories will be published and how they will be told.

But with 60 percent of the news jobs having disappeared from New Hampshire, these news releases provide virtually free filler stories for cash-strapped news outlets. With so few reporters, the releases serve a purpose. But make no mistake, they are not news because they are incomplete.

When police email a press release about an arrest, there is no corresponding one from the arrestee’s lawyer making a case for innocence. There is no time for time-strapped reporters to try and find out independently.

If Gov. Sununu emails a press release touting some action he has taken, of course he won’t mention that some people or groups oppose it. When the governor emails his daily itinerary, it doesn’t always include every place he will be. And sometimes the releases say where he will be, but then make clear there will be no chance for reporters to ask a question.

Lest you think it’s a Republican thing, the New Hampshire Congressional delegation was silent when asked questions last year for a new column called NH Wants to Know. InDepthNH.org launched the column to ask questions posed by readers to the appropriate official.

The four Democrats also didn’t respond when asked via email if they or their spouses ever borrowed money from supporters. Congress is exempt from Freedom of Information Act requests.

InDepthNH.org dropped the column NH Wants To Know because officials refused to respond. We planned to restart the column when we could knock harder on their doors.

And so we will in January when InDepthNH.org expands our State House reporting. Stay tuned to see if anyone responds.

I hear a lot of complaints about the news, but it’s time to do more. Reporters, editors, ad sales reps, janitors, whoever works in the business of reporting the news need to get paid a living wage. At InDepthNH.org, our few paid reporters get freelance wages below their worth. The rest work for free in the hopes that we will build a sustainable news business and be able to pay them. We are doing our best to do that and need your help.

I write many grants each year and we have been blessed by grants from the Neil and Louise Tillotson Fund of the New Hampshire Charitable Foundation for Coos County and surrounding communities. It’s very competitive and even though we are seeking the funds for important work, there is a great deal of need and most are turned down.

We have also received tax-deductible donations from major donors and from individuals who give what they can.

Still, it is not nearly enough to do the job ahead. If everyone reading this signed up for just $5 a month, it would be a great start. We will do what we can at InDepthNH.org.

The bottom line is we need more reporters in New Hampshire, not just us. Please subscribe to your local newspaper as well. They are doing the best they can to save local news, too. I watch with amazement sometimes at the product they put out while scraping together the money through advertising to pay their people.

We all need your help. If you give to the New Hampshire Center for Public Interest Journalism through NewsMatch between now and Dec. 31, some major philanthropists like the Knight Foundation, Democracy Fund and the MacArthur Fund will match your donation dollar for dollar up to $1,000 each person.

We believe that without robust local news reporting, democracy is threatened. Please help. And soon.