NASHUA – ACLU-NH and six news outlets argued in court Thursday that the list containing the names of 171 law enforcement officers with credibility problems should be public, while Solicitor General Daniel E. Will maintained it is confidential by law.

Will told Judge Charles S. Temple in Hillsborough Superior Court South that the list, formerly known as the Laurie list, should be kept secret because state law – RSA 105:13-b – requires police personnel files to be confidential, except when police discipline must be disclosed as evidence favorable to a defendant.

Gilles Bissonnette, ACLU-NH’s legal director, argued the public has a right to know the names of the 171 officers who have been disciplined for matters involving dishonesty and untruthfulness. 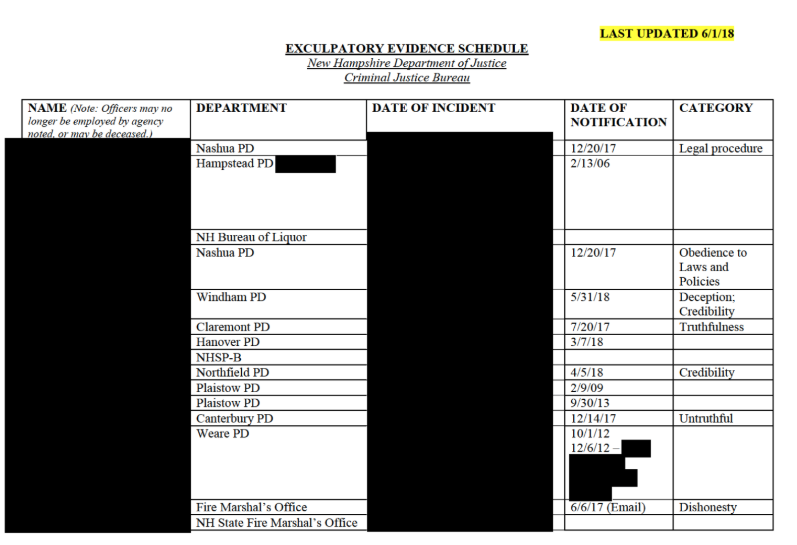 Such misconduct includes lying, falsification of records or evidence, any criminal conduct, egregious dereliction of duty and excessive use of force, Bissonnette said.

“This is serious misconduct,” he said. “The law does not protect these officers with the benefit of confidentiality.”

Bissonnette told Judge Temple the list, which is now called the Exculpatory Evidence Schedule, is not part of an officer’s personnel file, but a separate document not covered by the law mandating confidentiality.

Who is the department protecting under this policy? Bissonnette asked.

“It would include, for example, the two Manchester police officers that currently are under investigation and were subsequently terminated for soliciting sex from a suspect…” Bissonnette said. “The public interest in disclosure is high.” 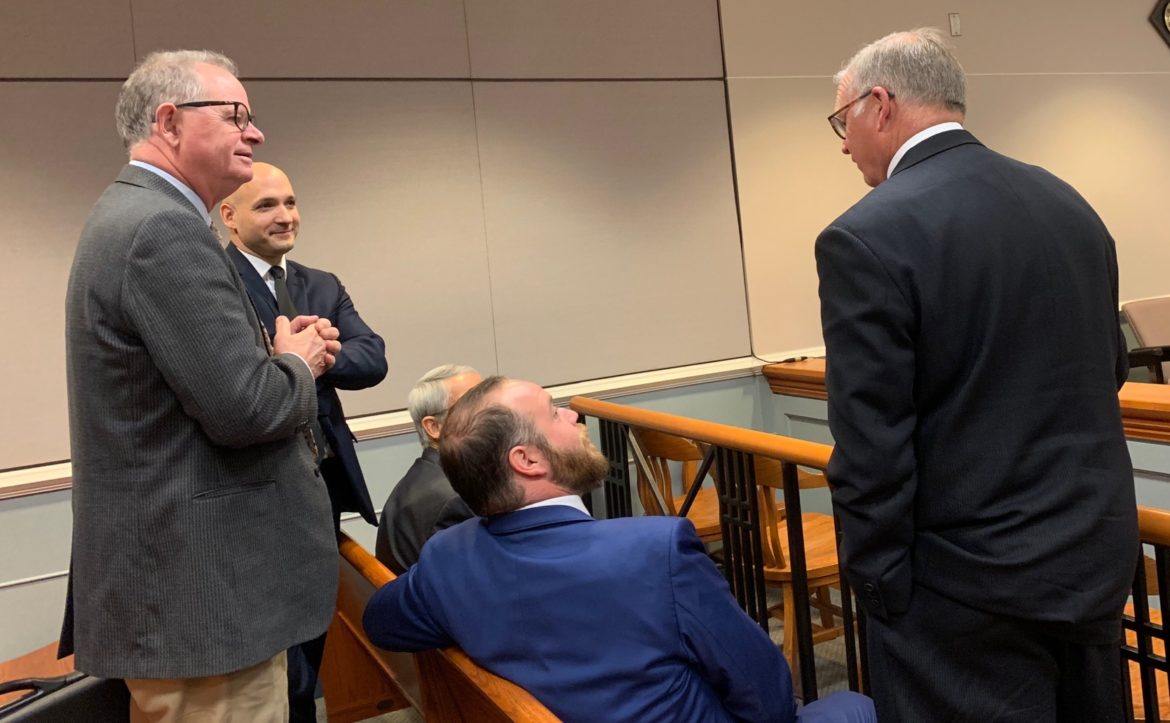 Bissonnette, and the state’s top 1st Amendment lawyers, Gregory V. Sullivan and William Chapman, all argued to Judge Temple that RSA 105:13-b doesn’t apply in this case as Solicitor General Will insisted.

It is a separate document containing limited information about sustained police wrongdoing that is kept by the Attorney General’s Office. The police personnel file is kept by the officers’ employer, they argued.

“We think it clearly doesn’t apply to the (Exculpatory Evidence Schedule),” Bissonnette said.

The ACLU-NH, the New Hampshire Center for Public Interest Journalism, the named plaintiff in the case which publishes InDepthNH.org, and five of the state’s biggest news organizations filed the lawsuit. The Nashua Telegraph, the New Hampshire Union Leader, the Concord Monitor/Valley News, the Portsmouth Herald/Foster’s Daily Democrat, and the Keene Sentinel, also joined the suit. All were originally denied access to an unredacted list of officers.

The officers’ names were redacted in the list that was released, but most of the departments that employed the officer were included and a very brief description the wrongdoing. Some also stated the date the officer’s name was added to the list.

Concord attorney Chapman of Orr and Reno made clear why the news organizations and the ACLU-NH believe the names should be a matter of public information. 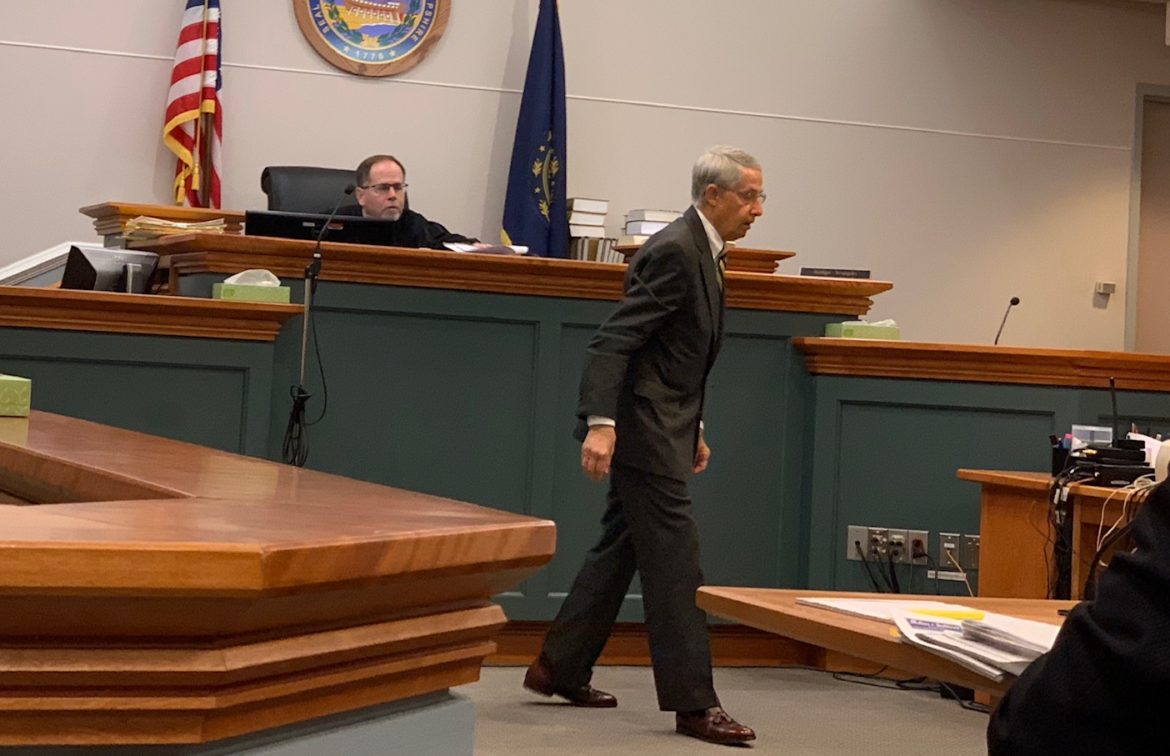 Chapman was referring to a prosecutor’s constitutional obligation under the 1963 U.S. Supreme Court decision Brady v. Maryland. It requires evidence that is favorable to a defendant, including discipline that could negatively affect an officer’s ability to testify truthfully, be disclosed to the defendant before trial.

Failure to disclose could mean reversing a conviction if discovered later on. A prosecutor who withholds such evidence could be disciplined as well.

New Hampshire’s secret police list has been controversial since the public first learned of its existence in 2012. Defense lawyers say there is no way to be sure the favorable evidence is turned over as required. Police argue, too, that their careers can be ruined by being arbitrarily placed on the list because defendants could use the information to impeach an officer’s testimony.

The  Exculpatory Evidence Schedule after MacDonald updated the policy, is intended to alert prosecutors when testifying police officers have credibility, excessive force or mental health issues that resulted in discipline so they can disclose as required.

“There is no law enforcement exemption in the right-to-know law,” Sullivan said.

Sullivan said the state Supreme Court recognized that in the Lodge v. Knowlton case and created a test to determine when law enforcement records should be made public.

Would release of the document interfere with law enforcement proceedings, deprive a person of a right to a fair trial, or constitute an unwarranted invasion of privacy, Sullivan asked. The answer is no in each case, he said, so the list should be public. 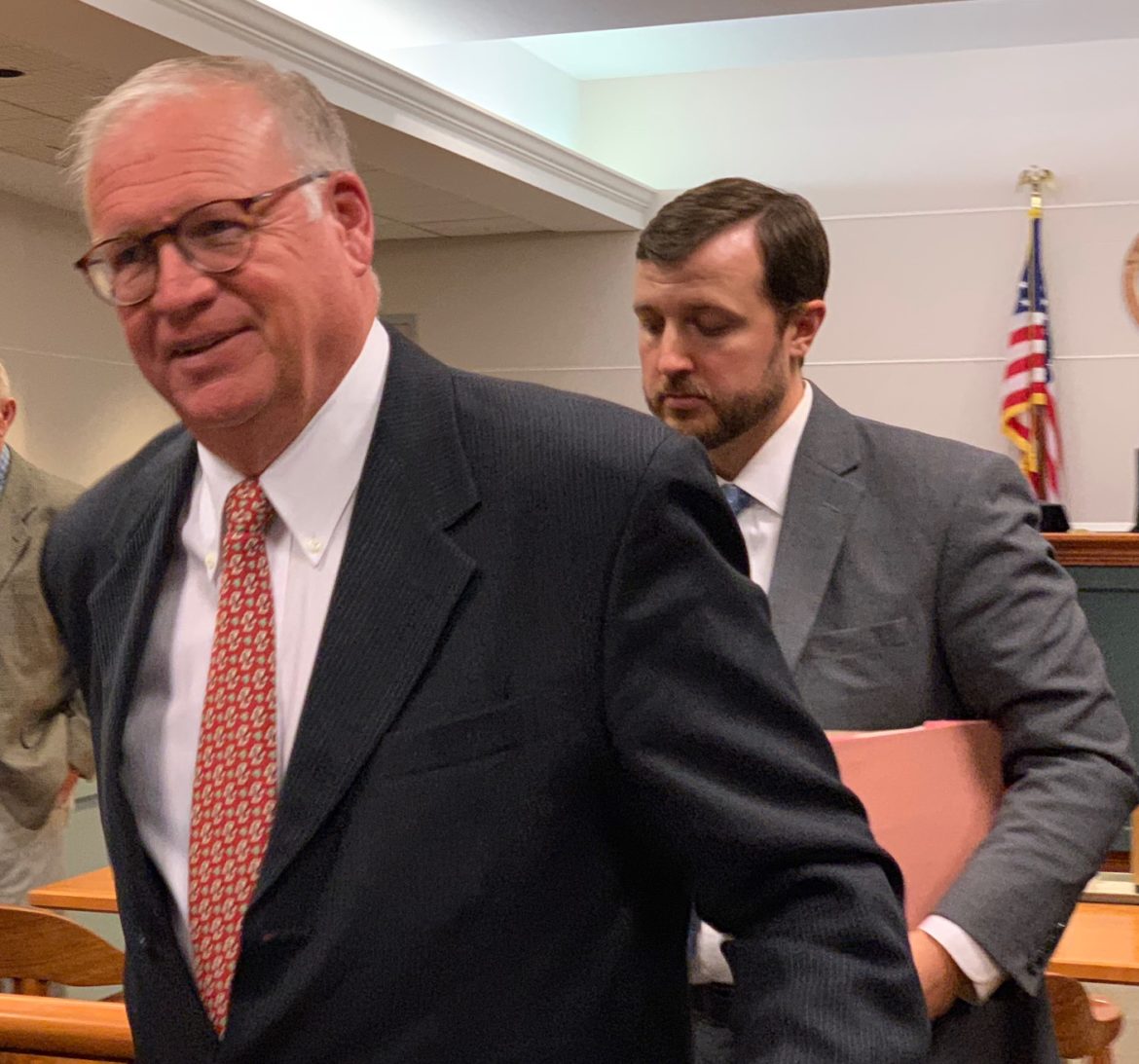 Sullivan went over the 10 sections in the state’s motion to dismiss the right-to-know lawsuit, taking note of the fact that the state based its argument for secrecy by claiming the list is part of the officer’s confidential personnel file.

“We’re not talking about a personnel file,” Sullivan said. “We’re talking about a separate government document, an (Exculpatory Evidence Schedule) list maintained by the Department of Justice.”

Solicitor General Will said the reason the state Attorney General’s Office is involved in the case is simple.

“… the reason why we are having this dispute is because we are enforcing the current law,” Will said. 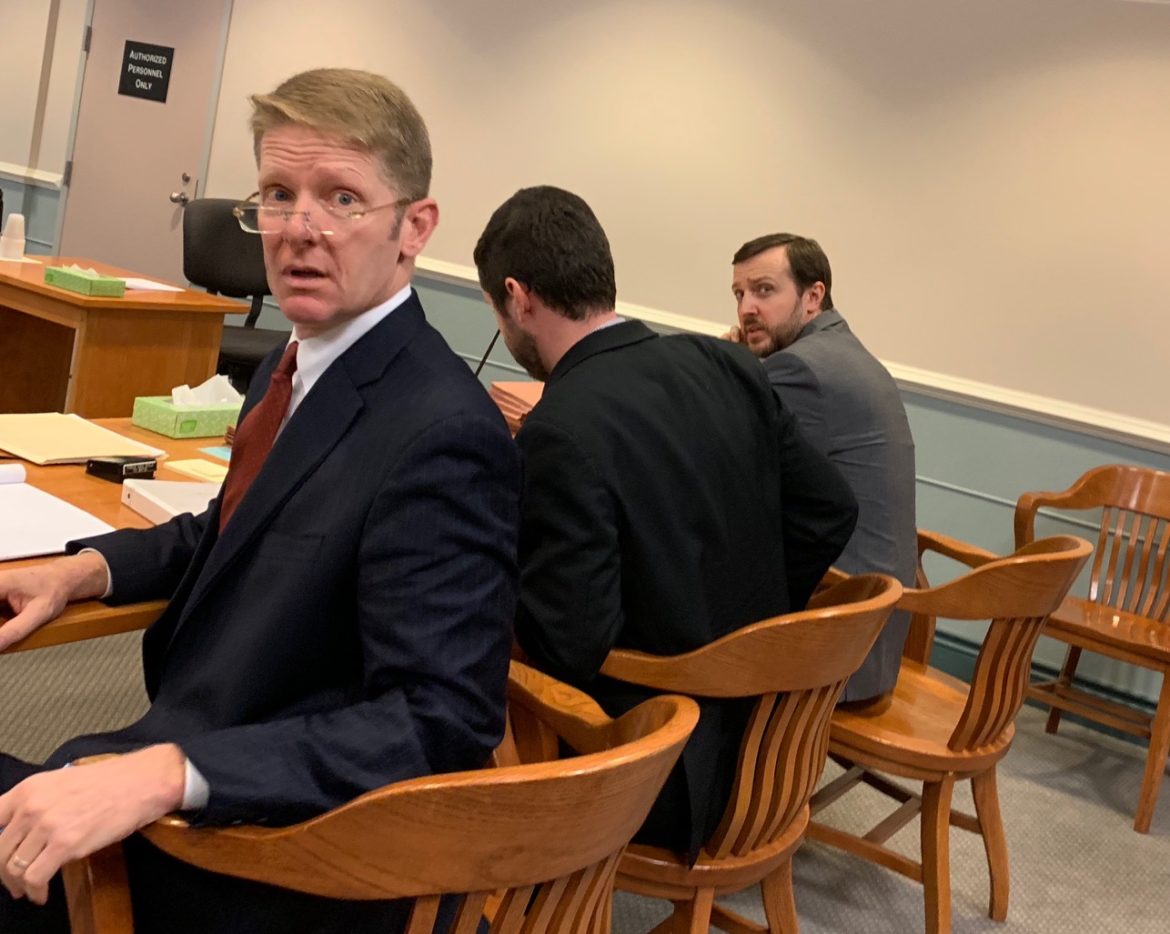 Will referred again to RSA 105:13-b claiming it clearly mandates the confidentiality of a police officer’s personnel file, except under Brady disclosure requirements.

Instead, the legislature has made it clear – unequivocally and unambiguously – that police personnel files are strictly confidential except to discharge a prosecutor’s obligations to turn over favorable evidence to a criminal defendant, Will said.

The fact the list is located outside of the police personnel file makes no difference, Will said.

“The petitioners’ argument is best placed before the legislature,” Will said. “We’re here because our obligation, our job is to enforce the law as written.”

Senior Assistant Attorney General Geoffrey W.R. Ward said the list of 171 names isn’t necessarily what the new protocol calls for. Instead it is a work in progress since all of the departments haven’t yet been certified to the new MacDonald standards.

For the first time, the new protocol offers police officers an avenue to remove their names from the list if they believe they were wrongly added.

Ward explained that the policy is new and still in flux.

Some officers on the list may have been placed on the list by police chiefs who were erring on the side of caution and some may not have exhausted their right to challenge the placement as now required, he said. The new protocol requires an officer be given due process to remove his or her name before being added to the list.

There may still be officers who didn’t know they were on the list who come forward to challenge placement, Ward said.

Sullivan was concerned the process of seeking removal from the list will continue as long as there is a list and shouldn’t hinder the release of the names presently on the list.

“That process is going to go on ad infinitum,” Sullivan said, adding the lawsuit doesn’t seek the names of the officers who have already asked to be removed.

Judge Temple allowed for both sides to file written briefs and responses.

After the hearing, Ward said of the 246 towns and law enforcement agencies, there remain 78 agencies that haven’t been certified to the new protocols.