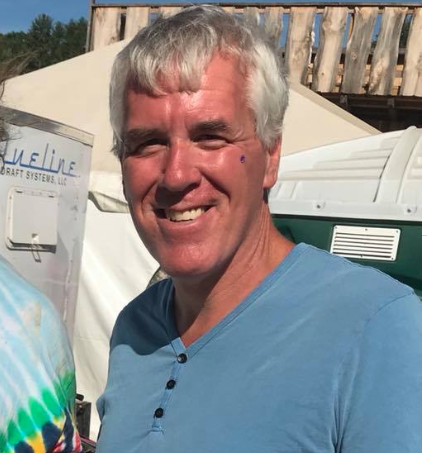 The state says court records involving nine domestic-violence related charges against Sen. Jeff Woodburn, D-Whitefield, should remain sealed because the investigation is continuing based on “further information and leads developed,” but the Berlin Sun disagrees.

Senior Assistant Attorney General Geoffrey W.R. Ward outlined the state’s rationale for secrecy in his objection to the Berlin Sun’s motion to unseal the affidavit and arrest warrant in Woodburn’s case.

“The Office of the Attorney General continues to actively investigate the circumstances surrounding the charges against the defendant, which occurred over a time period of approximately 10 months,” Ward wrote in his objection filed in the 1st Circuit Court-District Division-Lancaster on Aug. 28.

“Based upon further information gathered and leads developed from this investigation, additional interviews and re-interviews will occur. If the sealed filings are unsealed, such can chill and thwart these investigative leads,” Ward wrote.

Were the records to be unsealed, Ward said, “there is a substantial chance that potential witnesses’ testimony may be tainted by the disclosure of information contained within the paperwork that is presently sealed.”

Ward said the Petition of State of New Hampshire (Bowman Search Warrants), 146 N.H. 621, 625 (2001), states that showing a criminal investigation is ongoing is a sufficient basis for sealing search warrants and that would hold true in the Woodburn case.

Barbara Tetreault, managing editor of the Berlin Sun, filed a response to Ward’s objection on Sept. 4 stating the Bowman case involved a felony in which no indictments had been returned and no arrest had been made.

“That does not apply in this case,” Tetreault wrote. “The defendant has been charged, arrested, and arraigned on misdemeanor charges. There is no actual pending criminal investigation. While the state may be continuing its investigation, it has already decided there is compelling enough evidence to bring charges.”

Woodburn, 53, has pleaded not guilty to four misdemeanor counts of simple assault, two counts of domestic violence, two counts of criminal mischief, and one count of criminal trespass. Woodburn is accused of hitting the alleged victim, biting her arms, breaking into her home and breaking the door on her dryer, all class A misdemeanors.

The Aug. 2 news release the Attorney General’s Office sent to reporters identifies the alleged victim as Woodburn’s “intimate partner.” InDepthNH.org has reported her name as Emily Stone Jacobs, the chair of the Coos County Democratic Committee who is running for Coos County treasurer.

Tetreault said the Supreme Court ruled in Petition of Keene Sentinel, 136 NH.121 (1992), that court records are public and puts the burden of proof otherwise on the party seeking non-disclosure.

“The public interest in this case is extraordinary with the defendant and alleged victim both candidates for public office in the upcoming November general election. The defendant is seeking his third term in the state Senate, where he serves as one of 24 senators. The alleged victim is chair of the Coos County Democratic party and a candidate for Coos County treasurer,” Tetreault wrote.

Ward argued: “Release of this information would undoubtedly compromise the ongoing investigation, because the affidavit in particular reveals the nature, scope and direction of the State’s investigation of this criminal case.”

The documents reveal facts that are known to only a few individuals, and release prior to the completion of the investigation would present a situation where potential witnesses could modify their own testimony or otherwise negatively impact the investigative process, Ward wrote.

Ward asked the court for an ex-parte hearing if it hadn’t made its case for secrecy to provide “specific information about the scope of the on-going investigation and to explain specifically how release of information in the sealed documents would impact the investigation.”

Tetreault said the court in Keene Sentinel wrote that there has to be some “overriding consideration or special consideration, that is, a sufficiently compelling interest, that would justify preventing public access.”