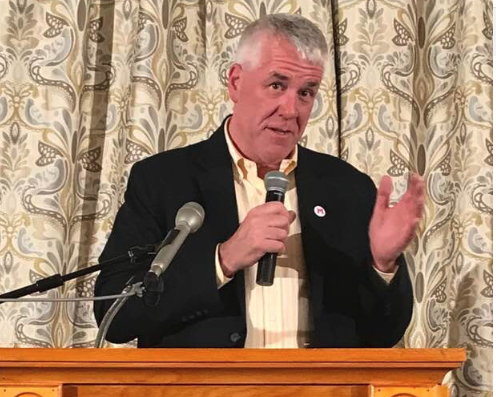 State Sen. Jeff Woodburn’s attorney said she will oppose the Berlin Sun’s motion to unseal the court’s arrest and affidavit records in his case, but she declined to say why.

Attorney Donna Brown said she will agree to a motion she expects the state to file that opposes the motion to unseal.

Berlin Sun managing editor Barbara Tetreault filed the motion to unseal on Aug. 21 arguing they are public records and it is up to the party seeking non-disclosure to say why they should be closed to the public.

Brown said she also expects the date of Woodburn’s trial to be moved because the Attorney General’s Office has a conflict with the Dec. 3 date.

The Woodburn records are sealed in the 1st Circuit Court-District Division-Lancaster, where Woodburn waived arraignment and pleaded not guilty to nine misdemeanor charges involving allegations of domestic violence.

Woodburn, a Whitefield Democrat, is accused of hitting the alleged victim, biting her arms, breaking into her home and breaking the door on her dryer, all class A misdemeanors.

With the Sept. 11 primary approaching, Tetreault said the public has a right to view the records. Woodburn faces a write-in candidate, Kathleen Kelley of Randolph, as a result of the criminal charges against him.

“Voters deserve to know the facts and probable cause used for Mr. Woodburn’s arrest before being forced to make a decision at the polls,” Tetreault wrote in the motion to unseal.

The news release Ward issued on Aug. 2 about Woodburn’s arrest identified the alleged victim only as Woodburn’s “intimate partner,” but InDepthNH.org independently confirmed she is Emily Stone Jacobs, the chairman of the Coos County Democratic Committee who is running for county treasurer.

Ward previously said there is no prohibition against releasing the names of domestic violence victims, but the office tries to protect the names of victims when possible.

“This is something we have tried to do in a number cases involving our practice to protect victims’ identities from disclosure as much as possible to respect their privacy in these matters,” Ward said. He said documents are often sealed in ongoing criminal investigations.

Brown said the case is expected to be tried before a judge. If Woodburn is found not guilty, the case is over.

If Woodburn were to be convicted, the case would likely be appealed to Superior Court for a jury trial, Brown said.