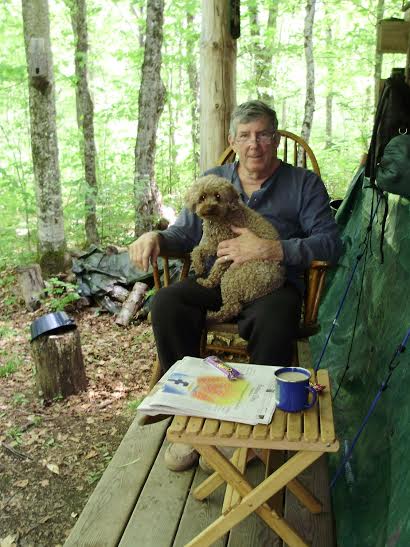 By JOHN HARRIGAN,
View from Above the Notches

I’ve been out of the loop for a while, self imposed. When I came back from camp the other week I heard about this special Trump election commission, whose mission is to try to restore faith in the U.S. election system, which I did not know was missing.

I mean, come on, for Heaven’s sake. I go in to vote, and there my name is on the checklist, same as always. Solange and Brent check me off, and I go vote. And the last time I looked, it’s not hard at all to register. And the ballots are counted by hand by people I know and trust, and the results go in the paper, and that’s that. What’s the big whoop?

Poor Bill Gardner, New Hampshire’s Secretary of State. He has to put up with this once-in-a-while foolishness. He has seen a lot of administrations come and go, and has a keen sense of history. And, one hopes, irony.

A report on all this by New Hampshire Public Radio mentioned “1890s voting machines,” as if they should immediately be thrown out, and which I did not know existed, but I’d bet Bill Gardner did. How does anyone hack an 1890s voting machine? With baling twine? A shotgun? 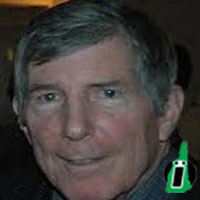 Also, I still want to know how someone could sneak busloads of phantom voters, to the tune of an alleged 3,000, across the New Hampshire border (presumably the one to the south) without a bazillion local town clerks, law enforcement, the media, and roving packs of dogs knowing about it.

This subject now warps into New Hampshire’s invasion, every four years, by the National Press Corps, better known as The Media. They swarm in here because so far we have managed to hold on to our First in the Nation Primary, thanks to Hugh Gregg, Bill Gardner, the Legislature, and the stubbornness and stiff spines of William Loeb and Joe McQuaid, whom you don’t often see in the same sentence. 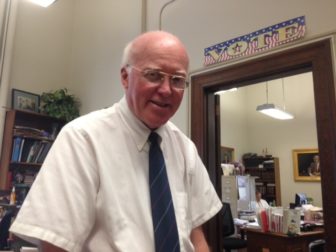 The national media display extreme ignorance about everything New Hampshire, the same as the New Hampshire media might display when visiting and trying to make sense of, say, the Big Apple. Bill Gardner endures all this with aplomb.

Typically, when the National Press Corps runs out of things to cover during the Presidential Primary, its herd-mentality members turn to Things Unique and Funky About New Hampshire, like the General Court. This is the 400-member House of Representatives, said to be the third-largest legislative body in the English-speaking world, after India and some other place never specified.

The oh-so-hip out-of-town media love to beat up on New Hampshire for having so many representatives, and they run stories about grannies knitting while people speak on bills, or elderly reps falling asleep.

Well, okay, some of these stories are true, but in counter-point, or counter-stitch, I offer this:

—With 400 members, and staff and all, plus lobbyists, who are known to have looser lips than a platypus and can certainly sink ships, plus the obsequious media (that would be me), there is absolutely, utterly, positively no way anyone is going to keep anything a secret. Are you kidding? A secret has less than a half-life of a pebble-sized piece of plutonium, or something.

All this leads me, finally, to my very favorite topic of all that is New Hampshire, which is mountain lions, also known as cougars, panthers, painters, wildcats, catamounts, and pumas.

When pressed for an official explanation as to why so many good and true and well-informed people see German shepherd-size cat-like animals with long, rope-like tails, officials often insult the intelligence of well-meaning people wishing to report these sightings with one of Officialdom’s favorite lines, which is “escaped pets.”

At which I put the question, who could keep such a thing secret?

The neighbors would know if someone was keeping a mountain lion for a pet. I mean, these things eat an entire household’s woodwork and spray the rest. The family would know. So would the chief of police, the kids’ playmates, their teachers, and every Fish and Game officer within reach of 911.

Which is why I can manage to put election fraud, Bill Gardner, the Presidential Primary, and Felis concolor couguar in the same rant.

Hey, it’s New Hampshire, and it’s the home I love.

(John Harrigan writes a syndicated column and does a Thursday morning gig on Bow’s WTPL. He lives in Colebrook.)