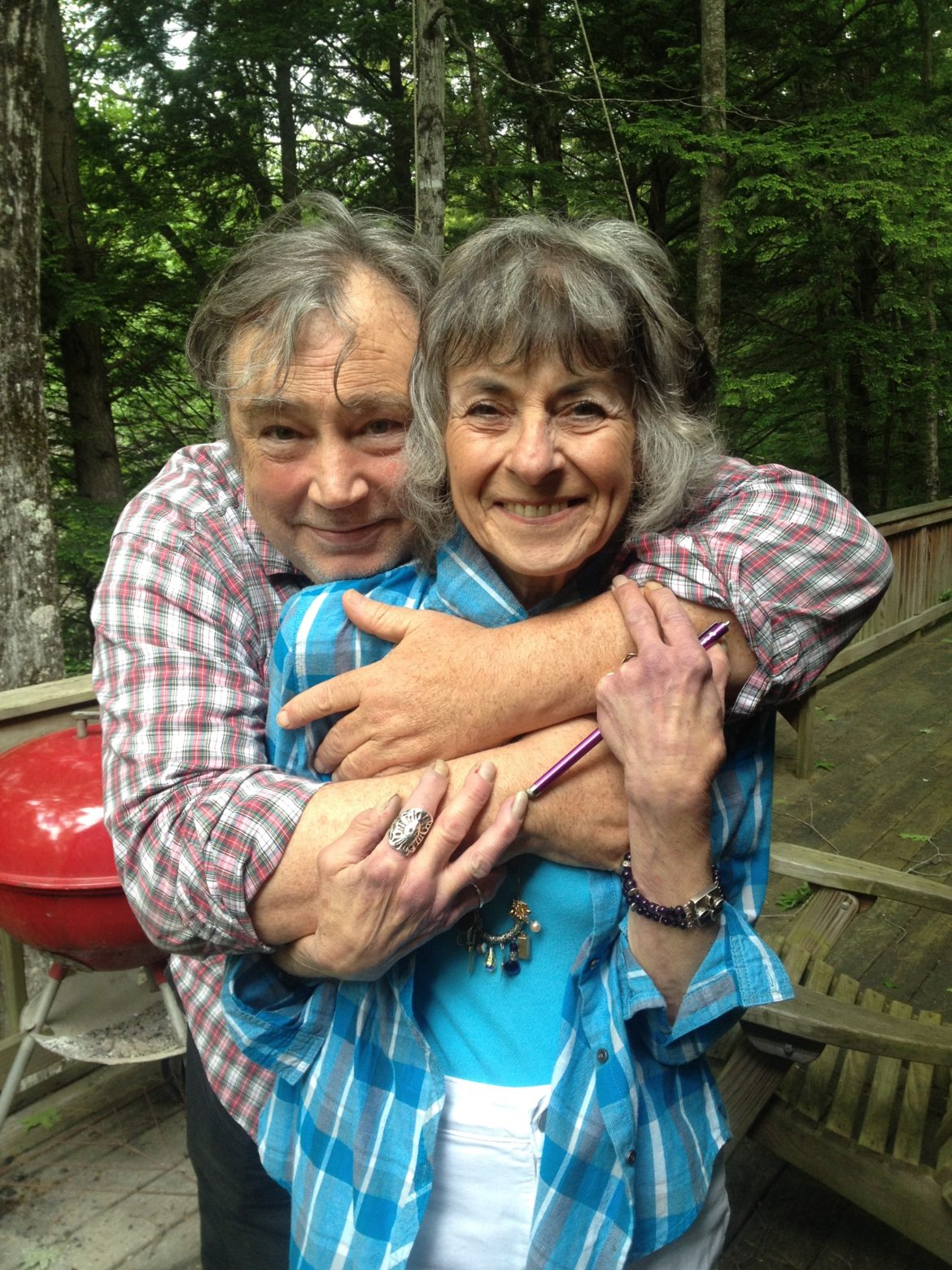 Wayne and Alice King of Rumney

Editor’s note: When asked if his new novel “Sacred Trust” is a fictionalized account of the proposed Northern Pass project now being considered before the state Site Evaluation Committee,  former state Sen. Wayne King of Rumney said: “I certainly had that in mind when writing the book.”  A savvy New Hampshire reader might also wonder if there is any fact buried in the account of a drunken senatorial ride going the wrong way on Interstate 93 late one night after a well-known hotel bar closed (page 87).  King, who served as a former state Senator, Democratic nominee for governor of New Hampshire and most recently CEO of the environmental cleanup company MOP Environmental Solutions, called it a fun and interesting read that involves civil disobedience and more studied issues of the power grid. But also check out the character of a certain reporter in the book and see if he doesn’t bear at least some resemblance to one we all know.

“Sacred Trust,” a vicarious, high-voltage adventure to stop a private powerline has been published on Amazon.com as an ebook with the paper edition due soon.

Described by one reader as “The Monkey Wrench Gang Meets the Third Industrial Revolution,” the book is a fictional account of a group of unlikely compatriots who join together to stop a powerline proposed by a private consortium, employing creative civil disobedience in the traditions of Alinsky, Thoreau and King.

In the book, Sasha Brandt, an Iroquois woman from Canada who travels with her companion, a wolf named Cochise, meets Daniel Roy, a guide and outdoorsman while hiking the Mahoosuc Range of the Appalachian Trail.

The two find themselves unexpectedly camping together on Lake Umbagog with a group of unlikely compatriots including a former Olympic paddler, a deer farmer, a retired spook who was the first US victim of Lyme disease and an iconoclast named Thomas (just Thomas) who lives in multiple backwoods abodes in the Great North Woods and rides a moose named Metallak. The campsite itself is said to have been frequented by the Indian medicine woman Moll Ockett in the early days of the American Republic.

They find, in short order, that they have one very important thing in common – a deep concern about a private power transmission line proposed to transport electricity from Canada to the toney suburbs of Boston, New York, Connecticut, Philadelphia and Washington D.C. 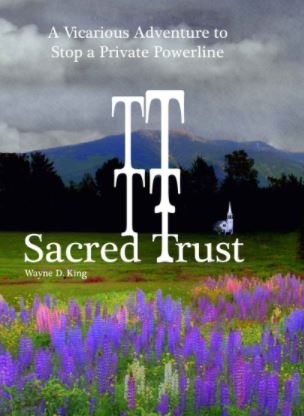 The threat to the environment and the scenic beauty are only the tip of an iceberg that includes the value of homes, farms and businesses built by generations of men and women in this hardscrabble land. Already affecting life for many caught up in the mere rumor of this proposed transmission line, Granite Skyway poses an existential threat to an entire way of life.

Determined to do more than shuffle papers and employ lawyers, the compatriots form a band of brothers and sisters – along with Cochise and Metallak – calling themselves “The Trust.” Armed with only their wits and a lot of heart, they embark on a rollicking campaign of civil disobedience that would make Thoreau, Alinsky and Dr. King proud.

While the book is a work of fiction, teachers and professors may find it a book that would add a new dimension to classroom discussions and an interesting touch for classes on sustainability, renewable energy or the American tradition of protest.

Woven into the story narrative are news stories by a journalist observing the shifts and upheavals of climate change and the renewable revolution as well as a group of patriots writing in the style of the Federalist Paper authors in opposition to the power project.

Throughout their adventure the members of “The Trust” examine many of the most important questions of our time including how America can continue to make an honored space for free speech and civil disobedience in an era of terror; how social media can help create accountability in an increasingly corporatized mega-media landscape; and, how citizens can challenge the corporate oligarchies that threaten our planet’s future.

“Sacred Trust” is written by Wayne King a former State Senator, Democratic nominee for Governor of NH, and most recently CEO of environmental cleanup company MOP Environmental Solutions. Not coincidentally, King worked his way through college as a White Mountain Guide, which explains his detailed knowledge of New Hampshire’s White Mountains. The book is filled with political and environmental stories that will have you laughing and gasping and wondering what is true and what is fiction.

“Sacred Trust” is a vicarious, high-voltage campaign to stop the Granite Skyway power transmission project and its short-sighted and in some cases greedy corporate sponsors, intent on using political muscle and money to lock up the region’s energy production and distribution, short-circuiting efforts to bring about an energy future based on sustainable, and renewable energy deployed through micro-grids, smart-grids and a competitive environment that makes energy more – not less – affordable.