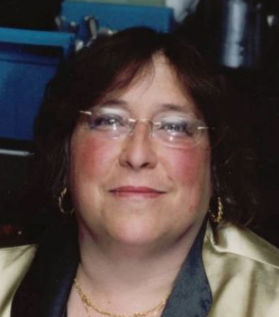 Our work in Concord is done for this year. A budget has been passed, and we can all go home and wait for the consequences.

I do have to give myself just a little pat on the back, though.

Back in November, right after the election, I made some predictions about what would most likely be happening down at the State House, now that the Republicans are in total control. And boy, did I nail it!

Business taxes were cut once again. More restrictions were placed on voting rights. Gun laws were changed. The amount of school adequacy aid per pupil sent to local public schools remains at around $3,600, but the amount per pupil sent to charter schools was increased to close to $6,000.

There was a fight over the so-called right to work legislation, and claims were made that businesses would flock here if it passed. (It did not pass.) Budget revenue projections were low, and cuts were made to Health and Human Services. The minimum wage remains the same.

But I really can’t take too much credit as a fortune teller.  Anyone who listens to GOP rhetoric could have done just as well. I have to give my colleagues from across the aisle credit for consistency, and for sticking to pledges they have made, come hell or high water.

It was touch and go on the budget for a while.  You will remember the House failed to pass its version due to the protests of a small group calling themselves the “Freedom Caucus.”  They were upset because spending increased.  The cost of things never goes up in their world.

(With just a few concessions, I bet House leadership could have gotten its budget passed with Democratic votes. We offered, but they refused. They wanted a Republican budget.  I guess bi-partisanship isn’t a thing in their world either.)

The Senate, ever so much wiser and restrained than the House, understood the concern, and so cut business taxes to make the Freedom Caucus feel better. And to further win over the far right votes (and to guarantee no votes from Democrats) they included a few poison pills like raising retirees’ health insurance contributions and dooming our Medicaid expansion program by keying it to a work-requirement waiver we already know the Feds will not grant.

The tactics worked, and budget passed. All but a handful of Republicans voted no, and only two Democrats voted yes. (Although several Republicans sitting near me “took a walk” during voting, so as not to be on the record.)

You will be hearing a lot from Republicans about their great budget, touting it as a “compromise,” and saying we are “living within our means.” And to be fair, there are some good things in it.But there is a huge difference between ‘compromise’ and bipartisanship.  The compromises were only made within the confines of the Republican caucus. Amendments offered by Democrats were by and large rejected. My friends from across the aisle seem to have forgotten New Hampshire is a purple state now.  It may not have been so wise to ignore what those of us on the other side find important.

And as for living within our means, I think that is a bit misleading.  The last biennium’s budget cut the “means” for this budget by reducing business taxes. Revenues we could have had we did not have. And this budget will reduce our “means” for next time around, and for years to come.

Imagine this. You have a family, a house, and a job that pays pretty well. You are getting by. But the kids are growing fast, and will need new shoes soon. The roof is getting old, and there is a small leak in the bathroom when it rains too hard.  You buy the kids sandals for the summer, put a small patch on the hole in the roof over the bathroom, and figure that will take care of things for a while.  You are living within your means.

If times are good and you get a raise, what do you do? Do you get a new roof and decent shoes for the kids? Or do you make the patch a bit bigger, buy socks to wear with the sandals, and cut back your hours?

This budget patches and buys socks, cuts back on hours, and calls it “living within our means.”

I know my Republican friends really believe cutting taxes will make businesses flock to New Hampshire. They actually use the word “flock.” They say the tax cuts will pay for themselves, because there will be more businesses to tax. But just like trickle-down economics, there is simply no proof that cutting taxes has the effects they desire. You can’t convince them of that though. All those economists are liberals.

The very conservative Tax Foundation ranks us seventh best in the nation for business taxes. Most businesses—70% of them!—pay no state business taxes.  In fact, 80% of the business taxes paid into state coffers are paid by only 100 companies, many of which are based out of state.

One tax they all pay though is the property tax. Local property taxes—not state business taxes—make up more than 60% of the taxes businesses pay in New Hampshire.

Better minds than mine have estimated the business tax cuts in this budget, combined with those in the last, will result in a potential $208 Million lost in revenue by 2022.

And because we have less revenue, we say we simply cannot afford to pay for some of New Hampshire’s most fundamental needs.

This budget still leaves us last in the nation in what we contribute to public education, K-12 and beyond. Local districts will still struggle to make ends meet, tuition to our state university will continue to rise. And employers already here will continue to struggle to fill open positions with qualified workers.

This budget still leaves us with an ever-lengthening wait list for services for developmentally-disabled adults. People who provide those services will still be woefully underpaid. People in a mental health crisis will still be waiting days in the ER for a bed. We will still be lacking sufficient prevention and treatment services for those crippled by the opioid crisis.  Our retirees will face increased costs for health insurance on a pension that has not received a cost of living increase for almost a decade. Our roads and bridges will still be crying out for repair.

And this budget will tie the hands of future budget writers for years to come.

But hey, they made a pledge, and they kept it.

Marjorie Porter is serving her fourth term in the NH House, representing the citizens of Antrim, Hillsborough, and Windsor. She currently sits on the Election Law Committee. She has two grown children of whom she is extremely proud. A retired teacher, Marjorie lives in Hillsborough with her husband and three cats.

Updated June 30: The column clarifies that state pensioners have not received a cost of living increase for almost a decade.