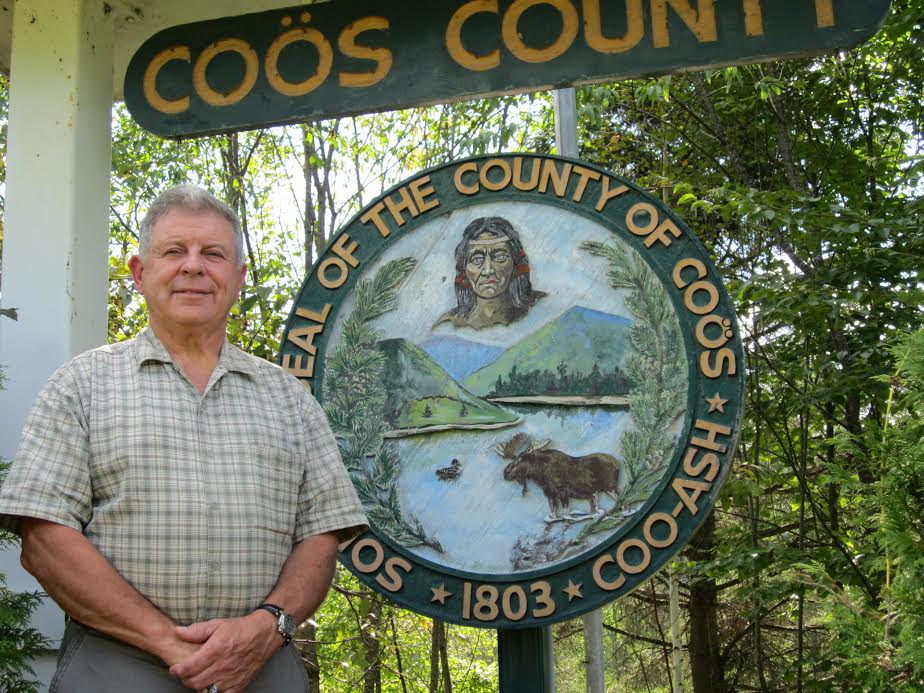 Editor’s note: InDepthNH.org takes no position on the Northern Pass Transmission project. As a public service, we do offer the opportunity for people in favor and opposed to the proposed 192-mile high voltage transmission line to voice their opinions in occasional op-eds. We reserve the right to edit for length. InDepthNH.org cannot guarantee the accuracy of information contained in opinion pieces. We also cannot guarantee that all submissions will be posted. We appreciate all civil discourse. Thanks. Nancy West, executive editor.

Title: Yale has the Power to Stop Northern Pass

The residents of Coös County have a deep appreciation for our land. We have some of the last remaining family dairy farms in New Hampshire. We are people who have scratched out a living through sustainable logging and showing vacationers the beauty of our mountains. We have dedicated our lives to showing and educating others about our environment.

From this deep appreciation for our land, we have undertaken extraordinary efforts to resist the construction of Northern Pass through our forests. Working dairy farmers have refused multi-million dollar offers from Eversource and have instead opted to sell conservation easements cheaply. The Forest Society has worked with residents to purchase blocks of land, which have created a barrier against potential Northern Pass routes.

But to protect our land, we have to fight against powerful institutions — not all of them local. One such institution is Yale University, a global leader in science research and education. Its school of forestry and environmental Science is one of the most respected institutions in the field. Yet, this university is on the verge of undermining the widespread and heroic conservation efforts in our county by leasing a 24-mile strip of land that is necessary for the development of Northern Pass.

Yale’s current lease with Northern Pass expires at the end of June, and since this is likely the only viable route that remains in Coos County, the university has a choice. It can move forward with the lease and enable the development of a transmission line that will permanently scar Coös County  and New Hampshire. Alternatively, it can join with the residents of Coös County  by stopping the lease and contributing its share of land to the barrier that our residents have constructed against an environmentally unsound project that will not help New Hampshire residents pay their electric bills.

Stopping the lease would be an important first step in repairing the damage that Yale has already unleashed on our county. Yale is one of the largest landowners in Coös County . At a recent panel discussion at Yale University, Coös County resident Wayne Montgomery, who has extensive experience in the forestry industry, observed, “Yale’s manager is taking every bit of value that you can out of the forest, reducing it to a point where it will be 50 years before there’s another viable crop of timber.”

Yale is also part owner of a wind farm in our county, which is situated on its land. Yale and the other owners of this wind farm negotiated a Payment In Lieu of Taxes with Coös County that was so low it caused a fiscal crisis. This revenue shortfall was only resolved through special state legislation. Given the economic struggles of the North Country, this wealth extraction has been particularly hard.

While I was received warmly by students and the New Haven community, the Dean refused to engage. Even though Yale’s land manager is advocating for Northern Pass in the SEC hearings, Yale stands to make millions of dollars from the lease, and Yale’s cooperation is necessary for the development of Northern Pass, the Dean has said ” issues related to Northern Pass are not a Yale issue.” Thus far, she has refused to meet with me.

For many years, most of our residents were unaware of Yale’s activities in Coös County . Yale sets up shell corporations as the face of its endowment investments. In Northern New England, they hide behind a company called Bayroot, which owns the land leased to Northern Pass and the Granite Reliable wind farm, and a land manager, Wagner Forest Management. Until recently, we didn’t realize that Bayroot is 98.8% owned by one of the world’s wealthiest and most prestigious universities.

This arrangement has allowed Yale to extract millions of dollars from our county while obscuring its culpability–even when this wealth extraction is at fundamental odds with the university’s mission. Fortunately Yale cannot support Northern Pass without being held to account for it. Now that Yale must act in the light of day, we hope that it will respect our community and prioritize its core values over slightly more robust endowment growth.