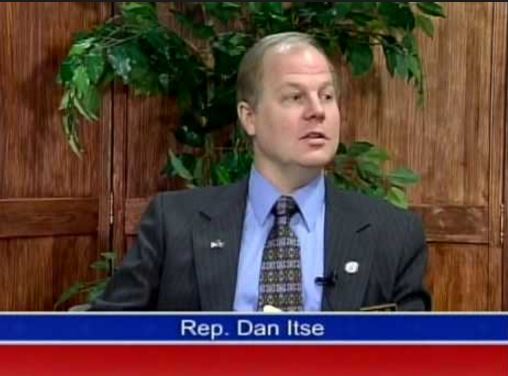 By Rep. Dan Itse
View from Inside

April 20th was a short Session Day.  At this point, all of the House Bills are in the hands of the Senate, and the House of Representatives is hearing Senate Bills.  The Committee on Children and Family Law, the Committee I sit on, has heard and held Executive Sessions on all of the Senate Bills sent to us.  The only business we have for the rest of the year is to deliberate on retained Bills.  We have retained a number of bills dealing with divorce which together will substantially change, and hopefully improve the manner in which divorces are handled.

By my perception, the Session was held for two reasons. First, to dispose of all the Senate Bills, which are out of the possession of the Committees, and back in the hands of the House, so as to prevent a future log jam.  Also, to pass a Bill which has been amended to allow the acceptance of the town elections held on the wrong day.

This is actually an important function.  The organization of New Hampshire is such that the towns are political subdivisions of the State.  That means that towns can only do that which the State permits. When some of the towns chose to delay their elections due to the snow storm in March, their elections were invalidated.  It is ordinary practice when the towns commit isolated acts that violate the law, but don’t amount to a true malfeasance, for the Legislature to validate their actions retrospectively.

During the Session, the Speaker called me aside, and told me that I had misreported in my last column when I stated, “They had the votes to accomplish their objective and the Speaker refused to negotiate.”  The Speaker gave me his perspective, which I promised to publish.  Three Representatives came to him independently with proposed budget cuts.  All of the budget cuts were general across the board cuts.  They used what we call “back of the budget cuts.”

In back of the budget cuts, the budget is passed with line items which  add up to a total; then a lower amount is ascribed to each department total, and the department heads are left with the task of making the actual activities fit the lower amount.  This transfers some of the power and responsibility of the Legislature to the executive branch.  This surrender of power was something the Speaker did not want to do.   Generally, I agree with not surrendering the power, especially if it is in the final passage of the budget after the Senate has had their say, and the pending action is on the Committee of Conference.

Even so, the Committee of Conference is not the last gasp.  After the House of Representatives and the House of the Senate had worked to pass a budget last term, the Governor vetoed the budget, and we lacked the votes to overturn the veto (which requires 2/3 of those present and voting).  The response of the Legislature was to a continuing resolution which continued operations at the level of the last budget until a budget could be passed which happened in the fall of 2015.  There is always a way to resolve that which truly needs to be resolved, and this

budget will be too; as long as we all keep our eyes on serving the people of New Hampshire.

The purpose of our governments was not to redistribute wealth, but to prevent involuntary redistribution.  We have forgotten a founding principle: no man king or common, has a right to, or is entitled to another man’s wealth.