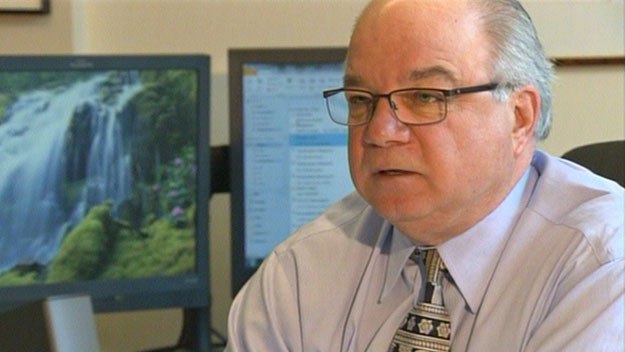 (Click at bottom of story for documents InDepthNH.org received after filing a right-to-know request with Attorney General Joseph Foster)

The $30,000 was only 40 percent of the $75,000 Reams sought for attorney fees for the eight months he fought his suspension in court from November 2013 through June 2014, according to Senior Assistant Attorney General Nancy Smith.

Foster, a Democrat, had accused Reams, a Republican, of ethics violations, financial mismanagement and gender discrimination in November of 2013. Reams prevailed six months later when a judge ruled he couldn’t be removed from office without criminal allegations and ordered him back to work.

“The New Hampshire Department of Justice took, and continues to take, the position that Mr. Reams was not entitled to any attorney’s fees,” Smith wrote.

“However, because of the lack of clarity in the law and in light of the superior court’s April 10, 2014 determination– that the Attorney General could not continue the suspension of  Reams’ prosecutorial authority if no criminal investigation or criminal charge was pending —the New Hampshire Department of Justice entered settlement negotiations,” Smith wrote.

“The Court finds that Reams’ current suspension is unlawful, and that he must be reinstated as Rockingham County Attorney, and provided access to the County offices,” McNamara wrote. (see attached court order below)

Reams retired two months later after an agreement with Rockingham County Commissioners that he would receive his full pay to the end of his term.

Smith said the Attorney General’s Office agreed to the negotiated settlement because the law is unclear as to the state’s potential liability.

Smith was responding to a right-to-know request filed by InDepthNH.org. She said the department is still deciding whether to produce the rest of the documents in the case to InDepthNH.org.

Documents that were produced on Friday show the agreement was signed on Aug. 30, but wasn’t made public at the time.

It also wasn’t made public when InDepthNH.org requested confirmation of the payout by leaving a phone message and sending an email to Foster requesting comment on Oct. 10.

InDepthNH.org sent another email invoking the right-to-know law and the New Hampshire Constitution on Oct. 16 and on Oct. 21, Smith sent the initial response. (see Smith’s response below)

“The Department agreed to pay $30,000, approximately 40% of the fees Mr. Reams incurred in exchange for a full release of any potential claim against the Department or its employees,” Smith wrote.

Smith noted that the petition to remove Reams from office was pending when he retired. “The resignation mooted the removal petition and it was withdrawn,” Smith wrote.

“In May 2015, James Reams made a demand to the Attorney General’s Office for over $75,000 in attorney’s fees that he had incurred over the course of approximately eight months, from November 2013 through June 2014, relying on a New Hampshire Supreme Court decision involving the removal of a municipal employee,” Smith wrote.

“Reams incurred the fees as part of his effort to (a) challenge the Attorney General’s removal of Reams’ prosecutorial authority; (b) challenge the Rockingham County Commissioners’ order barring him from the County Attorney’s office; (c) defend against potential criminal charges; (d) and defend against the removal petition,” Smith wrote.

Smith said the Attorney General’s Office needs more time to determine whether the other documents related to the Reams’ payout will be released to InDepthNH.org.