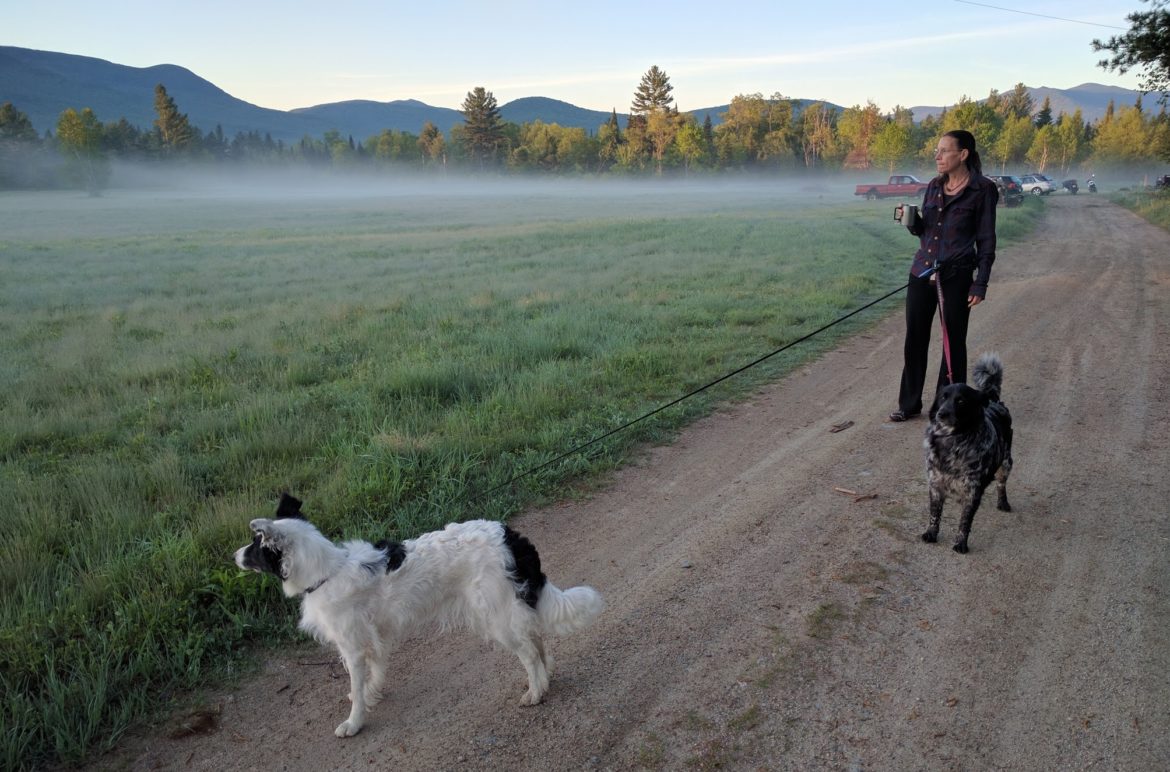 Judge Gerard Boyle fined Pastoriza $600 each for criminal trespassing and disorderly conduct charges, but suspended half of those fines, according to Sgt. Ryan Kelly of the Grafton County Sheriff’s Department, who said there would also be a penalty assessment charge added.

Pastoriza must also be on good behavior for one year, Kelly said.  She pleaded no contest to the charges that stemmed from the Aug. 10 incident in which she refused to move away from a safety area where a Northern Pass subcontractor, SW Cole, was scheduled to drill test bore holes on Route 116 in Easton.

Pastoriza, who works as a breakfast cook and lives off the grid in a cabin in Easton, was concerned the fines would have to come out of the money she is saving for her daughter’s college tuition, but opponents of Northern Pass came through for her in record time, she said.

“Opposition members are covering my fines. (I’m pitching in part),” Pastoriza said. “That was fast.”

She said the court was busy on Tuesday and there was no time to present information about the project because she agreed to accept the fines.

Pastoriza is a member of the Easton Conservation Commission, an intervenor in the project that is seeking  approval from the state Site Evaluation Committee. Pastoriza has been a vocal opponent of Northern Pass.

Northern Pass has filed a joint application with Eversource Energy to build a 192-mile high-voltage transmission line from Pittsburg to Deerfield. The plan is to bring 1,090 megawatts of electricity from Hydro-Quebec in Canada to New Hampshire and ultimately to the New England grid.

Northern Pass spokesman Martin Murray said he had no comment on the disposition of the case.