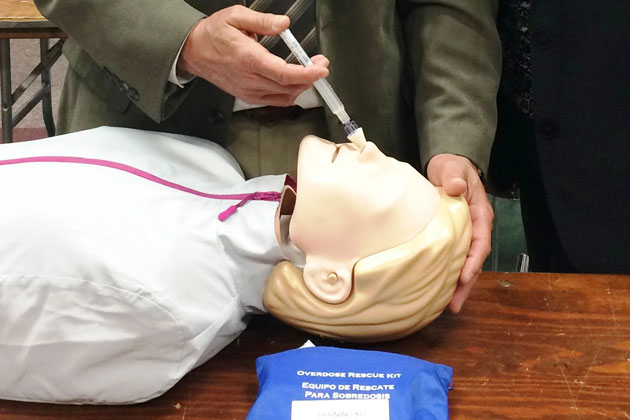 Narcan is delivered through the nose. 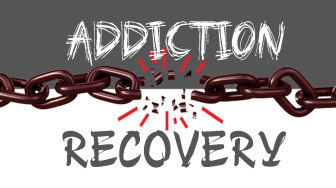 When I first became addicted to heroin, I was certainly not willing to share my story.

I was filled with fear and embarrassment and had zero self-worth. What others would think of me — my family, friends, co-workers — consumed my thoughts. At the same time, I was worried about when, how and where I would get my next fix.

For years, it was a constant internal battle.

Why couldn’t I just stop? I often wondered that myself. I wanted to stop, but I was powerless over this drug.

It controlled my every thought and move.

It was the simple fact that I did not love myself enough to say no. Once I had the first one, I was off and running without my own permission.

I hated the way that first line of OxyContin made me feel. I was sick. I threw up at work and I was passed out on the floor of a subway in the town where I grew up.

The next day I did it again. Pure insanity is repeating the same thing over and over and expecting different results.

I came into Southeastern New Hampshire Services, a rehab in Dover, when I was 21 years old. My disease had thrown me into an even deeper depth of despair.

I was now doing heroin and cocaine. I attended a three-month rehab and then a halfway house for six months.

Alcoholics Anonymous saved my life. I came in homeless off the streets of Manchester. I was broken, beat up, and numb.

In this program, I learned that I suffer from a three-fold disease that affects me spiritually, mentally, and physically. I learned that I react to alcohol/drugs differently than other people.

Once I have one of anything, it produces a phenomenon of craving and I cannot stop. The way to work on all this is for me is to work a 12-step program, get a sponsor, network, find a power greater than myself, attend meetings, and help others.

I looked at the stuff that was suggested. I picked and chose what I wanted and left the rest. Not too long after that, I relapsed. Just when people started to trust me again, I let them down.

The knowledge of the program stuck in my head through four more years of using. Like I said, once I started I could not stop.

I lost hope and gave up on myself and life. I started doing things I never thought I would do. I hit a rock bottom like nothing I had ever experienced before.

Here I was this small town girl who excelled in school and had a great family, and I was sitting in crack houses injecting heroin and cocaine into my veins like a savage.

I accepted this behavior as my new life and thought I was just going to die that way. I loved my family very much, but when I was stuck in this disease I would think things like: “They are better off without me.”

So I did what I had done best and disappeared.

By this point I was ready to end my life. I knew this was not the person I really was. I had turned into an animal.

By the grace of God, I got arrested and thrown into jail. I was so scared. I was not scared because it was jail, but I knew I was going to be starting to detox coming off of 8-10 grams of heroin a day.

The 14-day detox began. I was sweating, puking, freezing, and shaking violently.  When my mind was a little more clear at the end of the detox, I knew what I had to do. I needed to swallow my pride and go back to treatment.

I was very lucky to get into the same treatment center I attended when I was 21. This time was a lot different.

Due to lack of funding, the program was shorter. What used to be three-months was 28 days, and what used to be six months in the halfway house was only three months.

I came back into this program willing. If they told me to bark like a dog, I would have barked like dog. I did not want to relapse or worse, die.

I got a sponsor and I opened my Big Book. The Big Book of Alcoholics Anonymous has the 12-steps laid out.

I am currently in the middle of my fourth step and I have already experienced amazing changes within myself.

I show up for life today. I am a kind human being who wants nothing more than to share my experience with another alcoholic or addict.

I want to help. I want to be able to fill people with hope. Recovery is possible and so is a new way of life. One day at a time I will survive.

InDepthNH.org launched this column to give voice to people who are recovering from addictions and their families. Breaking the Chains also provides information about where to seek help. Emailnancywestnews@gmail.com to tell your story. We use first names only when appropriate for this column.