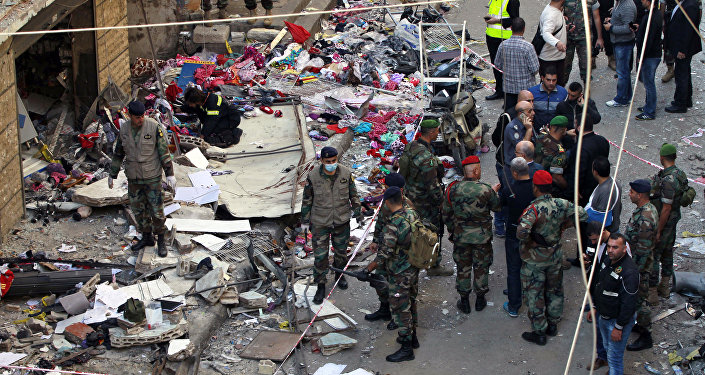 After terrorist attacks in Paris left 130 dead and hundreds injured on Nov. 13, police departments across the United States upped their security, while the National Football League promised to do the same at its Sunday and Monday games.

The NFL consulted the U.S. Department of Homeland Security and the Federal Bureau of Investigation following the attacks, which included several explosions in the area outside the national soccer stadium Stade de France. Meanwhile, major cities like New York, Washington, Chicago, Miami, Los Angeles, San Francisco and Boston ramped up security measures, increasing patrols in crowded areas, among other steps.

Greater interest in and resources dedicated to security nationwide will likely mean more funding for defense contractors on top of the billions of dollars in federal support they already receive. During the 2015 fiscal year, DHS spent $23.5 billion on various forms of payouts to outside companies or institutions. The majority of that money – $13.3 billion – were specifically contracts.

Of course, contractors have a strong interest in cultivating ties with lawmakers and federal officials, so many of the top recipients are also major sources of campaign donations and lobbying outlays.

The winners of the biggest contracts during the 2015 fiscal year included political heavyweights like Lockheed Martin, which was the sixth-largest recipient with $196 million in contract funds. In fact, among the top 10 recipients, Lockheed has spent the most on lobbying and proven the biggest campaign contributor in recent years.

The aerospace company spent a total of $25 million lobbying the federal government during 2014 and the first nine months of 2015. In addition to lobbying on DHS and Department of Defense appropriations this year, Lockheed weighed in on the National Defense Authorization Act, a $607 billion bill that the Senate recently approved.

It also looked to influence legislation that would reauthorize the Export-Import Bank, that dealt with cybersecurity and set aside money for government intelligence. As for campaign contributions, Lockheed’s employees and PAC gave $5.7 million to federal candidates during the 2014 election cycle and the first nine months of the 2016 cycle, the majority of which went to Republicans.

Coming in next in terms of campaign contributions was Huntington Ingalls Industries, which provided $1.5 million to federal candidates (also with a lean toward the GOP). While Huntington proved a much smaller campaign contributor and lobbying spender – with only $9.2 million invested in trying to influence some of the same legislation Lockheed targeted – the shipbuilding company was the third-largest recipient of contract funds. It was awarded $519 million during the 2015 fiscal year.

As for the rest: