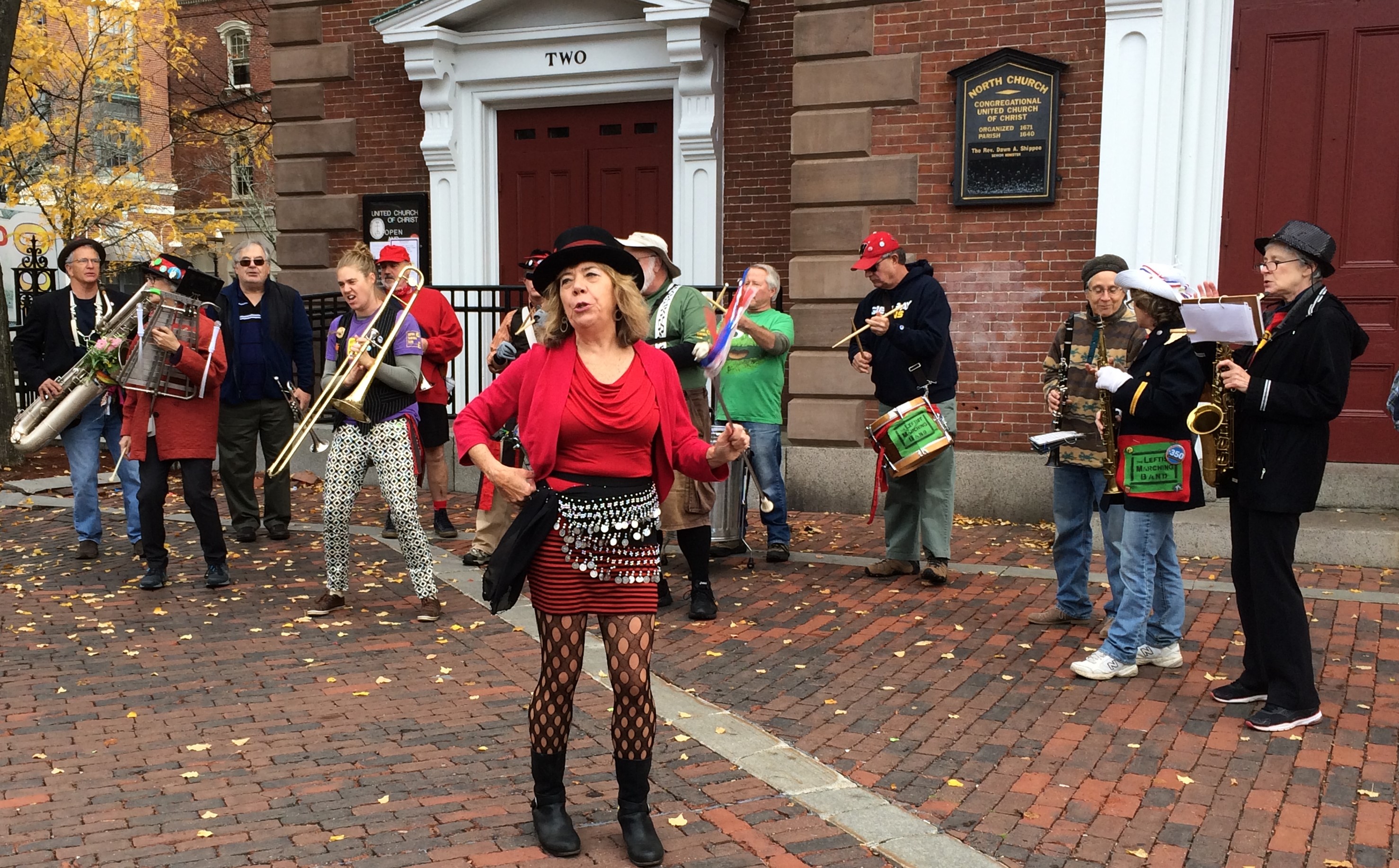 A cool, raw mid-fall morning did nothing to quell the enthusiasm of supporters who rallied in downtown Portsmouth.  Their issue? Transparency in Portsmouth city government.  With the municipal election looming, several dozen politicians, residents and curious visitors stood outside the North Church to hear the Leftist Marching Band set the stage for the hour-long demonstration.  Portsmouth resident Mark Brighton called on candidates for the city council to sign a pledge to make city government more accountable.

One city councilor at the rally won’t be on Tuesday’s ballot.  But Zelita Morgan had plenty to say to Roger Wood about the ways to increase accountability and transparency in city government.

Resident Gerry Zelin, strongly objected to the way one land-use board, the Historic District Commission approved a major building project by Harbor Corp.

No city officials attended the rally in downtown Portsmouth.

The election takes place on Tuesday.