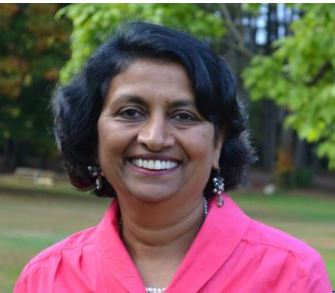 CONCORD – Capital investment tools that could help create ways for commercial and multi-family units to be designed or made more efficient and environmentally resilient are being explored in this legislative session.
The House Science, Technology, and Energy Committee heard one such bill Tuesday which would create enabling legislation for communities to adopt if they chose.

House Bill 576, as introduced, https://www.gencourt.state.nh.us/bill_status/billinfo.aspx?id=403&inflect=2 would create a new tool for investors to come into the state and is being used in 22 others to create new more environmentally sustainable structures.

It would create a Commercial Property Assessed Clean Energy – or C-PACE – program, here.
This is a state policy-enabled financing mechanism that allows building owners and developers to access the capital they need to make energy-related deferred maintenance upgrades in their existing buildings, support new construction costs, and make renewable energy accessible and cost-effective.

It was introduced by state Rep. Latha Mangipudi, D-Nashua, who disclosed she has a consulting business in renewable energy that would not directly benefit financially from the legislation.
Also speaking to support the measure was state Sen. Debra Altschiller, D-Stratham.

The two noted an amendment to the bill that could not be introduced during the hearing by rules, and will be considered when the committee meets to vote on the bill later.
Speaking in opposition to the bill as currently written were officials from Eversource, the state’s largest utility, and the state Department of Energy with concern on the potential impacts to the systems benefits charge on utility bills.

The legislation would classify clean energy upgrades as a public benefit – like a new road or a gas line – and would declare that upgrades to that benefit can be financed with no money down and then repaid as a benefit assessment on the property tax bill over a term, in this case, 20 years.

The assessment transfers with the property upon its sale, not the owner.
While facilitating sustainability efforts, the program reduces property owners’ annual costs and allows developers to get financing below the market rate for new, green construction.
This bill would limit the C-PACE mechanism for developers of five or more units and would extend to infrastructure, including gas line extensions.

Mangipudi said it would allow communities and entities to tap into federal funds which may become available, where currently they cannot.
Altschiller said other states have allowed for this “because of the opportunities for investment in local businesses, energy and cost savings and job creation. This enabling policy opens a door for communities to transform their energy consumption, making homes and businesses more efficient and resilient by securing green energy financing solutions that help commercial real estate developers and owners reduce their carbon emissions and weighted cost of capital through a state-legislated, public-private partnership,” she said.

She said over $2 billion in C-PACE financing has been provided already to over 2,400 commercial buildings in the 22 states and the District of Columbia with active programs.

There are 149 programs serving 60,000 participants and she said they provide strong security for investors “because the financing is repaid on the property tax bills.

“This allows lenders the ability to offer better interest rates and longer repayment terms,” she added.

The bill, or variations on it, are expected to be heard by other committees this legislative session and are similar to other bills which have been offered in the past four years but have not passed.

Michael Licata, director of government affairs for Eversource said while the utility believes C-PACE could be a tool for New Hampshire communities, its concern is in reference to the bill where it is related to the systems benefits charge.

This charge, which appears on everyone’s utility bill, is a fund and the proposed legislation would allow for a lien to be placed on it.
“It appears the bill would use the systems benefits charge as a financial backstop. I think there are a couple of issues to that,” Licata said. One would be a technical challenge and the other would be about policy and whether it is appropriate.

“We do have questions and concerns,” he said about impacts to the systems benefits charge.

Griffin Roberge from the state Department of Energy said the department has similar concerns to those of Eversource.

He noted there is an amendment which by rules he could not address but he said the bill as written could threaten budgets for programs like NH SAVES.
It would, he said, add a layer of complexity and confusion to what is already a program that has seen its ups and downs in terms of funding levels.