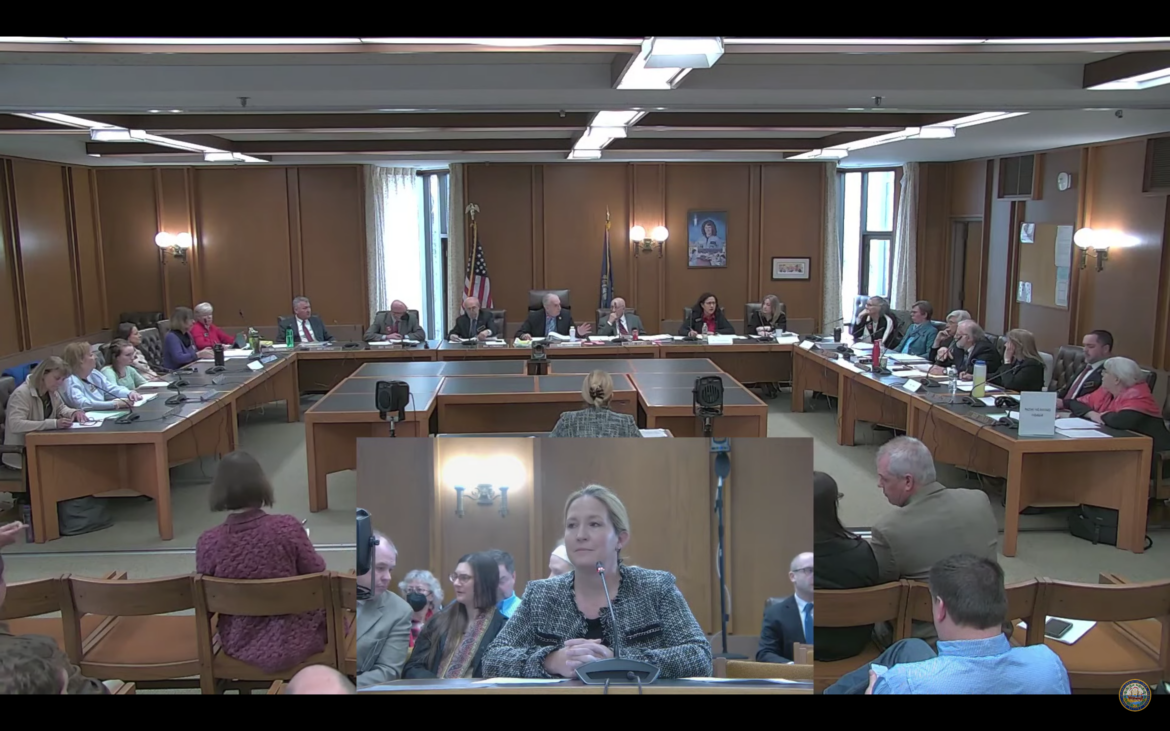 The controversial program, which is one of the most expansive voucher programs in the country, has served about 3,000 students in its first two years, and has cost the state $24 million — well over budget — with a projected cost of $30 million a year for the next biennial budget.

Supporters of the bills said the children of the state deserve a wide variety of educational opportunities to best suit their needs that cannot be addressed within the current public school system.

But opponents said the focus ought to be on how to better support the public schools and not divert money from the Education Trust Fund for a program that lacks any test of how successful the change is for the students.

Mary Wilke of Concord noted despite what Education Commissioner Frank Edelblut said about expanding opportunities for students, only 694 of the 3,000 students to date left public schools for alternatives programs, while about 75 percent of money has gone to help pay the tuition of students who were already in private and religious schools prior to the start of the program.

“Those 694 children already exercised their choice,” Wilke said. “It is pretty early to talk about expansion when it has only been a year-and-a-half and there has not been a lot of transparency.”

Have the students in the program made progress, Wilke asked, and listed a number of other questions she said lawmakers ought to have answered before voting to expand the EFA program, including determining if the money is being spent appropriately.

“With a program this big, you have to wonder who is watching it,” Wilke said, noting the legislative oversight committee met to organize, held one other meeting and failed to file a report due in November.

“Why expand this program without first someone from outside the program assess how it is doing,” Wilke said.

But a parent of a gifted student said the EFA and earlier Student Scholarship Program has allowed her son to flourish after he had been bullied severely in a public school.

Wendy Santiago of Concord said her son is now in a private school and is doing work way above his grade level.

Santiago said bullying is a huge aspect of how children learn, particularly vulnerable children, making it difficult for them to learn or to be accepted.

It is hard when your child comes home with a bruised knee because he was thrown to the ground or his clothes are ripped, she said. “We have state laws against that and you go and ask for help except that somehow it is OK for this to happen.”
These are students who will grow up and someday sit where you are, Santiago told the House Education Committee, they are the future.

Bullying does not have prejudice against income levels, she said, all children should have the same opportunity for a safe education.

House Bill 464 would expand the program beyond just those whose parents earn 300 percent of the federal poverty level which is about $80,000 for a family of four.

The bill adds a child in foster care, or is homeless or disabled, or has an educational hardship; or his or her parents travel for work like farm workers, are in the armed services or National Guard; or in a school in need of improvement under the No Child Left Behind Act or is designated as persistently dangerous; or if a child qualifies for the free or reduced lunch program.

The bill’s prime sponsor Rep. Erica Layon, R-Derry, told the committee all the bill does is allow these students to take their state funding to another educational option.

“This is letting the state funding follow the student which is only fair,” Layon said. “I ask the opponents to tell me which of these kids don’t deserve an opportunity?”

Sharon Osborne of Auburn and the owner of Latitude Learning Resources of Derry, a center for homeschool parents and students, said about 20 percent of her families use EFAs or other scholarship funds and about 40 percent would qualify under the change in the bill.

Osborne, who is the wife of House Majority Leader Jason Osborne, said her facility is not a school but a learning center with parents and some others doing the teaching of the 100 students who attend from one to four days a week.

Osborne said she would not benefit from the expansion because her center is at capacity, but similar organizations could.

The prime sponsor of the bill Rep. Alicia Lekas, R-Hudson, said when the 300 percent cap was added to the bill two years ago, a lot of parents were disappointed they would not be able to participate in the program.

She said state money is to educate every child in the state, whether in public or private school.

Lekas said once parents who just missed out said “again the government takes and takes from us and doesn’t give us anything back.

“The middle class pays the most taxes total and always are the ones left behind.”

If you do not have enough money there are lots of scholarships, she said, and if you have lots of money you can just pay for it

“I believe every child is entitled to that state money,” Lekas said. “Let’s at least reach out to middle income parents who don’t have the money or get the scholarships.”

Lekas is also sponsoring a bill to eliminate any income threshold that will be heard at a later date.

Drew Cline, president of the Josiah Bartlett Center for Public Policy, and chair of the State Board of Education gave written testimony in favor of both bills saying they would help provide more educational opportunities for students.

“You are sure to hear a lot of claims about the likely effects of HB 464 and HB 367. The bottom line is that the large majority of research on the effects of school choice programs shows that they benefit both the students who participate in the programs and those who do not,” Cline said. “When students are given the opportunity to find the educational environment that works best for them, they tend to do better in school and in life. And the competitive forces put into play by school choice programs tend to produce better results for students whose families choose traditional public schools as well.”

But the state’s two teachers’ union opposed the bills saying the focus ought to be on providing more resources and a more equitable system to fund public education instead of taking more and more money out of the Education Trust Fund without providing an additional revenue sources.

“Our public schools need to be well-funded and well-resourced. They should be places where kids want to go, parents want to send their kids and where kids can thrive and be prepared for college, careers and life,” said Deb Howes, president of the American Federation of Teachers, NH. “Expanding the state voucher program is not doing right by our students.”

Howes has sued the state over using the trust fund and sweepstake money to pay for private school claiming it is unconstitutional and against state statutes.

In her written testimony, she said, many studies indicate that students in voucher programs do not do as well on standardized testing as public school students.

“The main question every lawmaker should have to answer before throwing any more money at the state voucher program is this: Do vouchers improve student outcomes? Because in the end, that’s what matters most, for the students AND for the state,” Howes said in written testimony.

“There is ample evidence, from more than a dozen research-based studies, evaluations, and reports of existing voucher programs throughout the country conducted over the last 20 years that show, unequivocally, that vouchers do not improve student outcomes.”

The committee did not make immediate recommendations on the two bills.