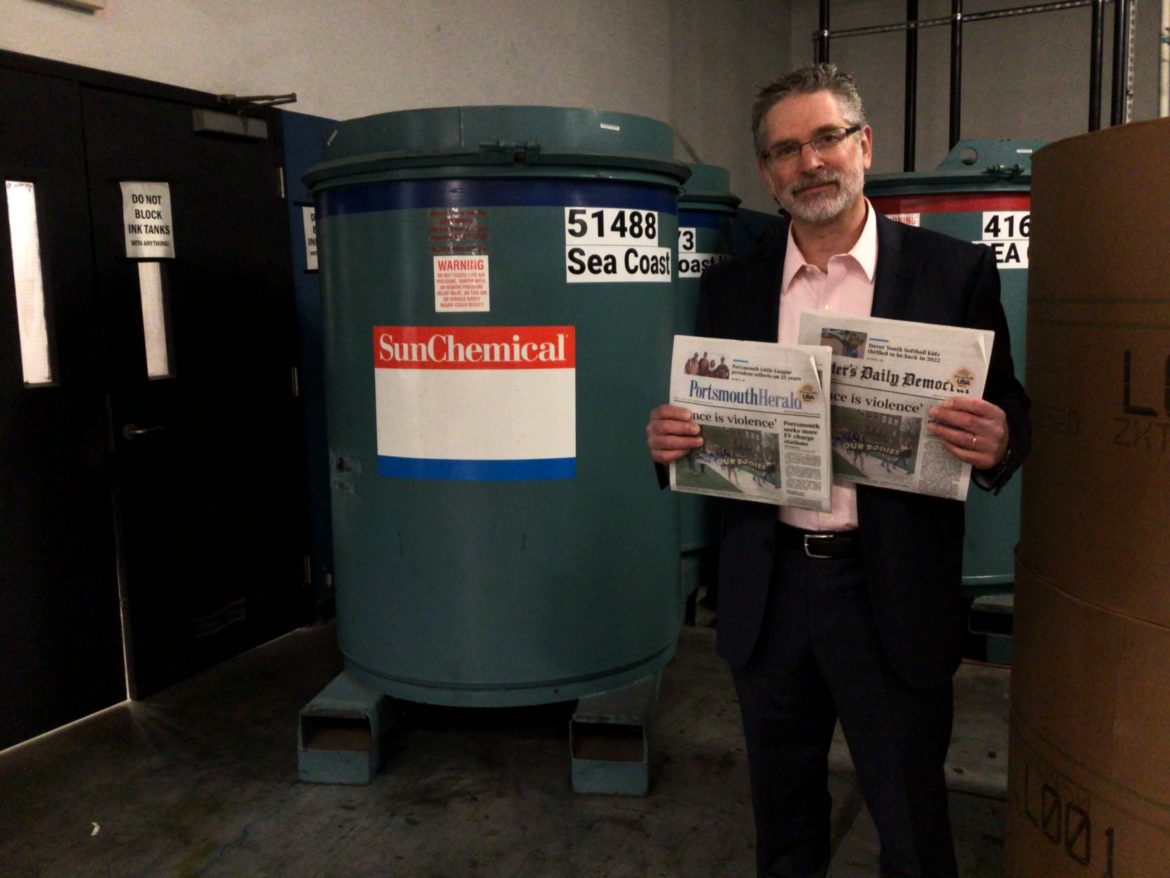 Howard Altschiller, Seacoast Media Group Executive Editor and General Manager, is pictured in the press room in this file photo.

One of the last of the big newspaper printing presses in New Hampshire is shutting down operations, as Virginia-based Gannett Newspapers announced it is closing the Seacoast Media Group press in March.

The last edition will come off the line March 19 and starting March 21 papers for the Seacoast Media Group will be printed at Gannett-owned presses in Massachusetts and Rhode Island.

“As our business becomes increasingly digital and subscription-focused, newspaper printing partnerships have become standard,” according to a Gannett statement. “We are making strategic decisions to ensure the future of local journalism and continue our outstanding service to the community.”

Word of the closure stunned Mark Brighton, who grew up watching his father, Raymond Brighton, work as the editor and later part owner of the Portsmouth Herald.

“That paper, the Herald, has been part of my life my entire life,” Brighton said.

Brighton worked for the Herald as a child, delivering the paper his father edited. Back then, the daily print paper was massive, he said.

“I had the best route in town. It was 48 pages every day, think of all the inserts I had to stuff,” Brighton said.

Brighton said the end of printing at Seacoast Media Group’s press at its Pease International Tradeport hub in Portsmouth signals the end of local print news.

Gannett’s statement did not disclose how many people will lose their jobs as a result of the press shut down. The company statement said Seacoast Media Group will keep its advertising and news staff based in Portsmouth.

Seacoast Media Group was one of the few holdouts among the state’s big papers, continuing to print papers as some other publications shuttered their own presses. The New Hampshire Union Leader shut down its printing operation in 2013, outsourcing the production of the paper to other presses.

The Nashua Telegraph, owned by West Virginia-based Ogden Newspapers, stopped printing daily papers in 2020 and now puts out a weekly newspaper. The Telegraph, once the state’s second largest newspaper, closed its Hudson printing press years ago.

Brighton is not optimistic about the paper, and that makes him worry more about the future of the community and local democracy.

“The next step for Seacoast Media Group is just to shut down entirely,” he said.

If the paper does close down for good, that will mean serious trouble for everyone, he said. Without a free press serving as a check on corruption in local government, people will end up getting hurt, he said.

“Democracy dies in darkness,” Brighton said. “There are a lot of politicians who would love to see this paper die.”