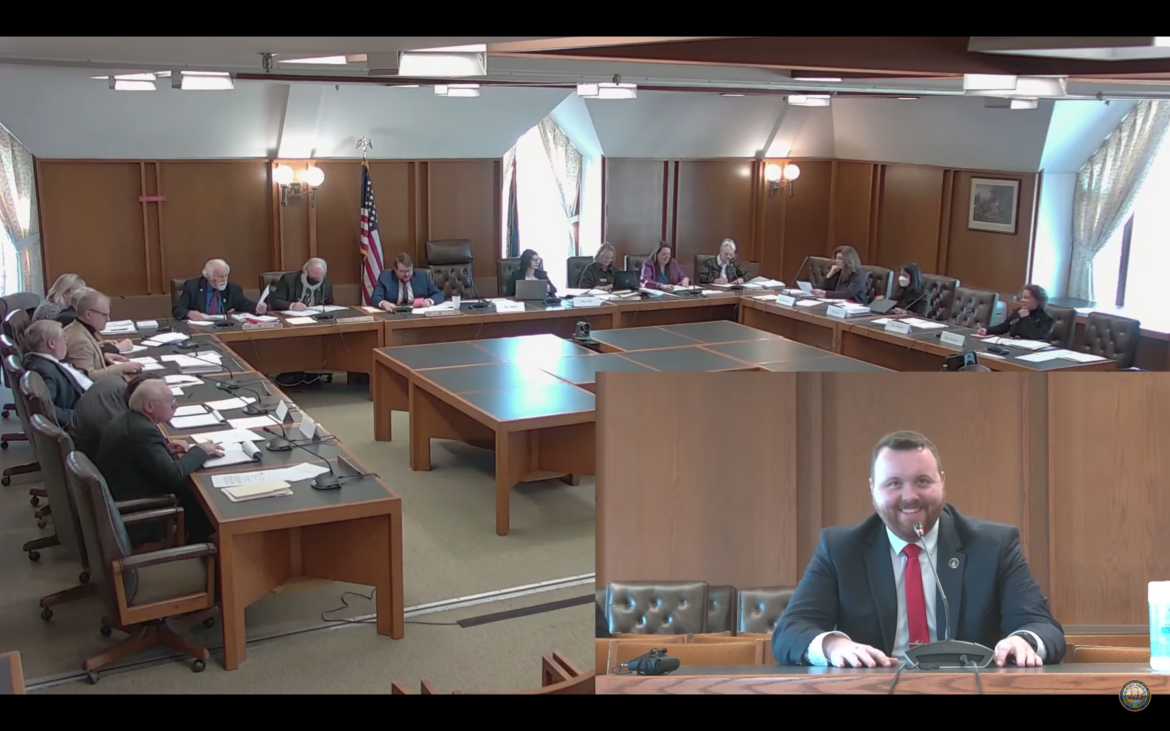 CONCORD — A cold shoulder was given to two proposals to change the date of the state primary election to earlier in the year Tuesday at public hearings.

“A September primary supports the incumbent whatever office they hold,” said Sweeney, “with only seven weeks (to the general election).”

He said there is growing agreement from both parties a September primary is too late, he said, and added a late summer primary is out of the question because people are not paying attention, instead spending time with their families on vacation.

“A primary in June would allow both parties the opportunity to organize and unite and get into gear when the general election kicks off after Labor Day,” said Sweeney, who is executive director of the NH Republican Party State Committee, “when people are really paying attention.”

In 2021 and 2022 the House passed bills changing the date of the primary to June, but the Senate changed the date to late August, and Gov. Chris Sununu vetoed the bill saying that is not the time for a primary election.

New Hampshire is one of four states with September primaries. Rhode Island and Delaware hold their primaries on the second Tuesday as does New Hampshire, and Massachusetts holds its primary the first Tuesday in September.

August primaries are held by 16 states, and June primaries by 13 states.

Patricia Lovejoy, Senior Deputy Secretary of State, said her office would prefer a primary a couple of weeks earlier than it is now, which would put the primary in late August.

There is a lot that has to be done, like audits after the primary that take considerable time, she said, so a little earlier would be better.

If the primary is moved to June, Lovejoy said, her office would support it and “make sure it is done well.”

But Rep. Timothy Horrigan, D-Durham, said the real reason to move up the primary is to give Republicans more time to challenge the all-Democratic congressional delegation.

Incumbents would have even more advantage in an earlier primary, he said, as opponents would have to decide far earlier in the year if they are going to run or not.

He noted he was challenged by a candidate who entered the race late and he only beat his opponent by four votes.

“If he had to make a decision in April he probably would not have done it,” Horrigan said “and not have all summer to ramp up his campaign.”
He noted he has sponsored bills for a late August primary saying most families are back in their normal routine by then and not on vacation. He noted Vermont and New York both have late August primaries.

Moving the primary to June would mean more and more campaigning, Horrigan said.

“It feels like we’re campaigning all the time now,” Horrigan said, “and this will make it even worse.”

The electronic signup system showed four in support of the bill and 13 opposed.

Sweeney is the prime sponsor of House Bill 333 which would move the primary to the second Tuesday in March aligning it with the traditional town meeting day.

If a candidate for governor, US Senate or US House, did not receive more than 50 percent of the vote, a runoff election would be held in May under the plan that Sweeney asked the committee to retain so the issues could be studied.

The bill would also require a voter to register with a party in December nearly a year before the general election, while a voter today can declare a party on the day of the primary election if they are not already affiliated with a party.

Sweeney said while there is good reason for a candidate to have 50 percent plus support of a party going into the general election, he would like the committee to retain the bill so the Election Law Committee or a subcommittee could see that other states in terms of run-off elections before the House is asked to vote on it next year.

Rep. Connie Lane, D-Concord, asked Sweeney if he had a preferred method and he said he did not without studying the various options and what other states do.

“I view this as a conversation starter,” Sweeney said.

The Secretary of State’s Office was not interested in the conversation as Lovejoy said her office opposes the bill for a number of reasons.

Some towns could have four or five different ballots on town meeting day if they belong to two school districts, and would have a town ballot and a state ballot, Lovejoy said.

Local issues like a new library or school building would be drowned out by the primary for governor, or US Senator or US House, she said. “That would take all the oxygen out of the room and would not be fair to the local issue to be caught up in a primary.”

She said all the different ballots would create concerns about absentee voting as the time to send the ballots out is not the same for local elections and state elections.

Last year several school districts did not have their ballot ready in time when towns sent out their absentee ballots, so they had to do two mailings, Lovejoy said.

And she warned the committee the bill may have constitutional problems as the state constitution was changed in 1912 from a majority to a plurality for winning elections.

Although the office does not have a legal opinion on the issue, it is warning the committee it could be an issue, she said.

“As a general rule,” Lovejoy said, “we are opposed to any legislation where you would not know the outcome of the election on election night.”

Horrigan also opposed the bill calling it a bait and switch with the runoff proposal so odious, people would agree to the June primary as a compromise.

“I am not going to fall for the bait and switch,” he said.

Horrigan also noted the new districts, drawn last year due to population changes found in the 2020 census, were not finalized until a week before candidates had to file to run. With a March primary, he said, the districts would not be known in time for the filing period that would begin no later than the third week of December.

“The post-primary campaign would be lengthened from roughly a month-and-a-half to almost eight months,” Horrigan said. “That would place nominees in the awkward position of either boring the electorate to death and burning out their supporters by knocking on doors, putting up signs, mailing postcards, running ads, putting up signs, raising money, etc. for basically the entire year.”

One good thing about the current system is it compresses both the primary and general election campaigns into a few weeks in the late summer and early-to-mid autumn, he said.

And he said the issues on people’s minds in March may be quite different from those in November when the general election is held.

“I’m not sure this will improve the quality of the challengers,” Horrigan said. “That is an internal problem, getting better candidates to run.”

The electronic signup system showed one person in support and 30 opposed.

The committee did not make any immediate recommendations on either bill.