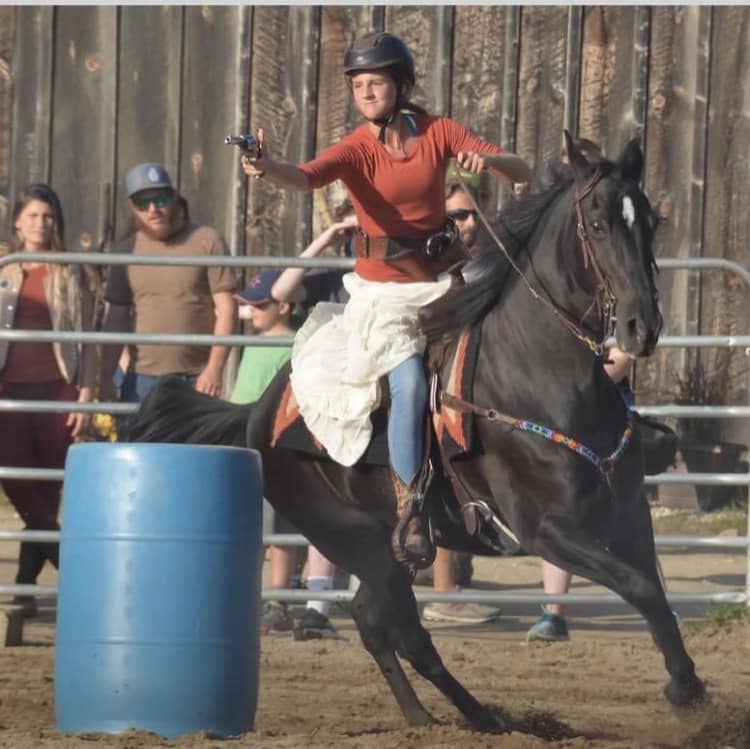 GILFORD – A 15-year-old Gilford girl suffered a head injury and died as a result of a skiing accident at the Gunstock recreation area.

Sydnie Quimby was a freshman at Gilford High School who suffered a head injury while skiing on a moderately difficult trail.

She was an honors student who was an equestrian and member of the Northeast Six Shooters, a cowboy mounted shooting club, and a local skier at the Belknap County-owned ski area.

The accident occurred Monday just after noon on the Derringer trail, a blue square trail that runs along the north perimeter.

Tom Day, the general manager was not immediately available for comment.

Quimby was transported from the mountain to a hospital in Laconia where she was transferred to Dartmouth-Hitchcock Medical Center in Hanover and later died.

Students at her high school were notified of her death Tuesday and offered counseling.

Friends on the Facebook Page for the Northeast Six Shooters club described her as a delightful young girl and sent condolences to the Ellis family for their tremendous loss.

“No one has words to make sense of any of this, but we want nothing but the best for her and to help her family get through this unimaginable time. Sydnie loved life, animals, horseback riding, skiing, her chickens, kitties and dogs,” according to the fundraiser.