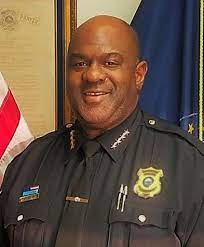 Mike Garrity, Formella’s spokesman, said the public can attend, but it is a press briefing so there will be no public comment period. Garrity declined to provide more details before the briefing.

“The Nationalist Social Club (NSC) or 131 Crew (131 is alphanumeric code for ACA, Anti-Communist Action and Anti-Capitalist Action) is a neo-Nazi group with small, autonomous regional chapters around the country. They also claim chapters in France, Hungary and Germany.

“NSC-131 members consider themselves soldiers fighting a war against a hostile, Jewish-controlled system that is deliberately plotting the extinction of the white race. Their goal is to form an underground network of white men who are willing to fight against their perceived enemies through localized direct actions.”