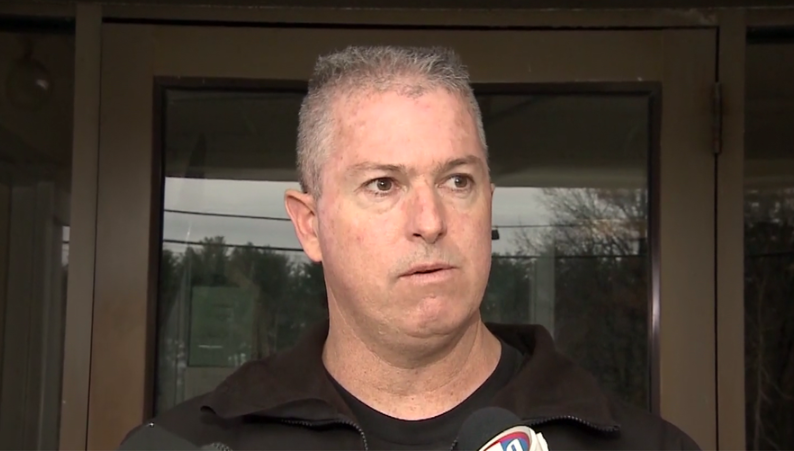 Michael Wagner is pictured in this file screenshot from WCVB

CONCORD – One of the Salem police officers incriminated in a town audit of the department was found not guilty Friday on charges of tax evasion in U.S. District Court in Concord.

Michael Wagner, the former captain and the department’s armorer, was indicted in 2020 on one count of making a false statement in his 2013 tax return for allegedly underreporting his income after he legally sold guns that he legally purchased with his police discount. The total tax bill the government claimed Wagner was evading was $5,000.

Wagner’s attorney, Mark Lytle, a partner with Nixon Peabody, said the government went after Wagner like they went after other Salem cops hoping to score victories by prosecuting police officers.

“They thought they had some kind of big gun trafficking cop/RICO conspiracy,” Lytle said. “It started with the New Hampshire Attorney General, and then the FBI and the ATF. They thought this was a ring.”

Salem audited the department in 2018. Some officers ended up losing their jobs based on the audit findings, and a few were criminally investigated. So far, the only conviction resulting from the audit is for one non-criminal traffic violation.

Lytle said the government had a poorly documented case of someone allegedly underreporting income. The documents submitted by the IRS contained numerous errors, and there was little evidence the Wagners were acting to hide income. They had reported the revenue from the gun sales to their tax preparer, Lytle said.

In most cases, people with a revenue discrepancy get a letter from the IRS, Lytle said. That never happened. Wagner was indicted by the IRS before he was ever informed of any possible tax issue.

Wagner and his wife, Jennifer Wagner, had experience with the IRS seeking tax money. A few years before the indictment, the couple dealt with an inheritance issue in which the IRS mistakenly thought they owed $47,000 in unreported income. That was cleared up with a phone call, Lytle said.

But in the case of the $5,000 allegedly underreported, the government went straight to a criminal charge, he said.

Rob Morin, Salem’s former deputy police chief, called the prosecutions a boondoggle, and another case of the government overreaching in order to go after Salem cops based on the 2018 audit.

“Millions of dollars spent, lives ruined, careers ruined, and absolutely no evidence,” Morin said. “They had the FBI, the ATF, the IRS, the whole alphabet soup here and all these resources, and nothing.”

The government tried to sensationalize the case, making noise that Wagner sold the assault-style rifles in the days and weeks after the Sandy Hook Connecticut massacre in which 20 children were murdered.

Wagner had all of his customers go through background checks during the sales process, and was never accused of breaking any gun laws, nor were his sales ever tied to any violence. Lytle describes Wagner as a gun enthusiast who enjoys taking the weapons apart and experimenting with them.

“Where does Mike Wagner go to get his name and reputation back,” Morin said.

Morin said the arrest on the tax charges effectively ended Wagner’s law enforcement career. He blames Salem Town Manager Chris Dillon for the audit, which has yet to result in a major criminal conviction.

“It starts with (Dillon) and the (Attorney General) wanting to put a law enforcement pelt on their wall,” Morin said.

He singled out former Deputy Attorney General Jane Young for her role in the audit fall out, and the botched attempts to charge at least four Salem officers with various crimes.

“She could screw up a free lunch,” Morin said.

Young is now the United States Attorney for New Hampshire. Though Wagner was tried in New Hampshire, federal prosecutors from the Massachusetts office brought the case in order to avoid any conflicts.