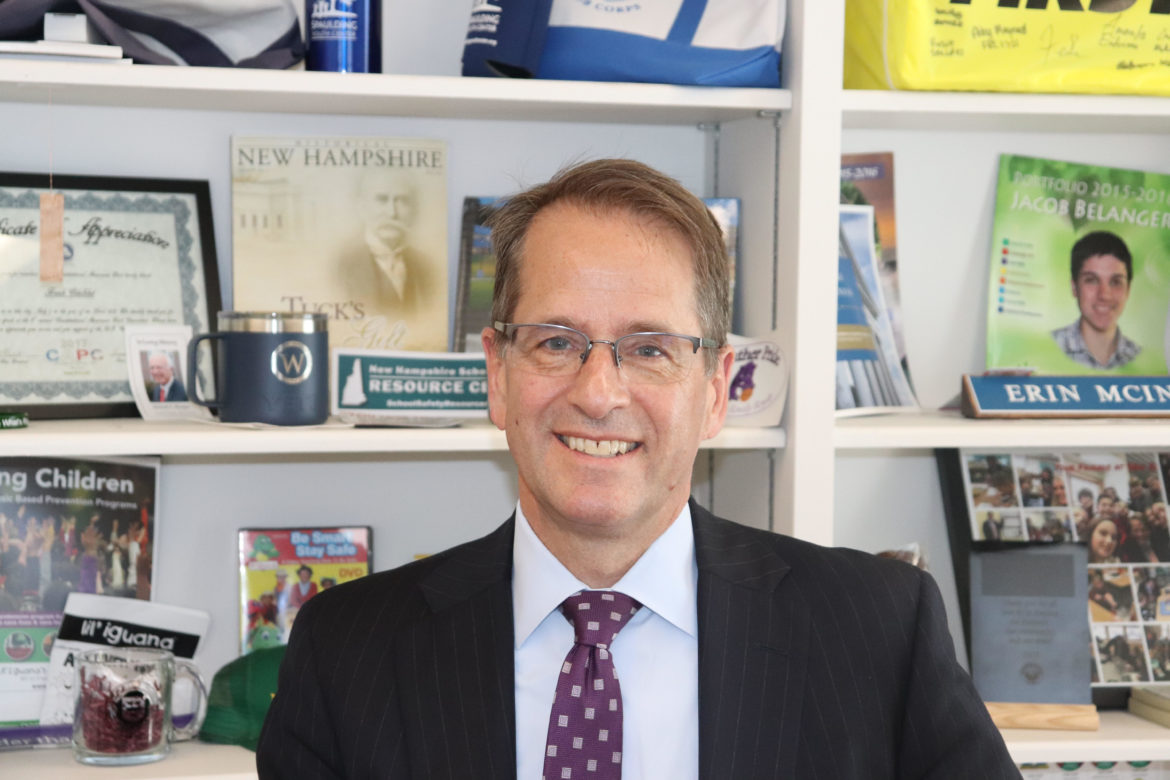 Frank Edelblut, commissioner of the Department of Education and the department are being sued over the divisive concepts law.

CONCORD — A federal judge allowed a lawsuit challenging the state’s divisive concepts law to go forward on the same day a public hearing was held on a bill to repeal the new statute.

US Federal District Court Judge Paul Barbadoro allowed the lawsuit to go forward, rejecting the state’s request to dismiss it, saying “teachers could, in plaintiff’s words, be left with ‘an impermissible Hobson’s choice’: shirking their responsibilities under [state law] or teaching what [the law] requires and potentially violating the prohibition against teaching a banned concept.”

The original bill introduced two years ago would have prohibited the teaching of Critical Race Theory and “other divisive concepts” but was changed to create a system based on a list of qualities such as race, age and sex and would declare that no one is inferior or superior and applies the concept to education as well as training and education of public employees.

The provision was included in the two-year budget package passed in 2021 and soon after its approval, Education Commissioner published a form on the Department of Education’s web page for filing complaints, and the group Moms for Liberty offered a $500 bounty for information leading to the conviction of the first teacher found to violate the law.

Two lawsuits were filed challenging the law by the state’s two teachers’ unions, the ACLU and others and were combined into one suit before the US District Court.

The lawsuit also argues the statute is unconstitutionally vague and contradicts the U.S. Constitution as well as a state law requiring public school curriculum to include the teaching of accurate, honest history and social studies.

“As teachers, we must be able to present instruction that is allowed under the U.S. and state constitutions and not be intimidated to teach honestly about history and current events,” said AFT-New Hampshire President Deb Howes. “This law is so vague that teachers don’t have a clue about what they can safely teach; it must be struck down. Teachers are sick and tired of the insults and attacks coming from Education Commissioner Frank Edelblut and his acolytes, who are determined to undermine and politicize our kids’ education.”

Howes said the court’s decision is a victory for New Hampshire’s students and teachers and applauded the judge’s statement that students have a First Amendment right to an honest education.

Supporters of the law say it is needed to stop teachers from advocating for issues and that children should not be made to feel guilty about their own race and ethnicity or that the country has a racist history.

But opponents of the law argue it has put a chill on education in the classroom with teachers at risk of losing their jobs and credentials for violating concepts that are overly vague.

They say it is intended to stop teachers from teaching honest history and puts students at risk of not receiving an honest historical picture.

“We’re pleased that Judge Barbadoro recognized that teachers should not be put in a position where they face the threat of job loss if their instruction unintentionally or by implication violates the Divisive Concepts Act,” said Morgan Nighan, an attorney at Nixon Peabody, one of the law firms in the case. “We look forward to advancing this case to final judgment and ensuring that teachers are no longer subject to arbitrary and discriminatory enforcement under this unconstitutional law.”

The state had asked to dismiss the suit saying the plaintiffs did not prove their contention the statute is overly vague and it infringed on teachers’ First Amendment Rights.

The state argued agencies issued publications clarifying the law that addressed the issues raised by the plaintiffs.

With Barbadoro’s ruling, the case will proceed to discovery and then a trial if it is not settled before it reaches that state.

The House Education Committee, which held the public hearing on House Bill 61, which would repeal the statute, has not yet made a recommendation on the bill.

About 100 people turned out for the public hearing with the vast majority in favor of repealing the statute.