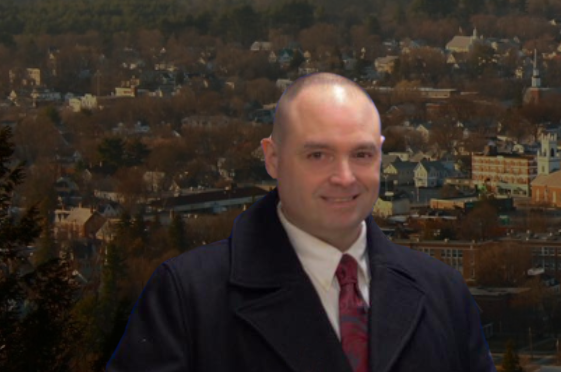 The Claremont Police Department’s internal affairs records on ex-cop Rep. Jonathan Stone can be released to the public, according to an order issued this week by Sullivan Superior Court Judge Martin Honigberg.

Honigberg wrote that making the records public, with some redactions to protect the identity of other parties, is his final order in the case. However, he is staying the execution until Stone has his opportunity to appeal the case.

“(Stone) has stated that he intends to appeal the Court’s decision to the New Hampshire Supreme Court. To protect (Stone’s) ability to vindicate his rights, the court hereby stays the decision pending exhaustion of (Stone’s) appeal rights,” Honigberg wrote.

Peter DeCato, Stone’s attorney, did not respond to a request for comment on Friday.

Honigberg first ordered the records released in October, ruling that at least 10 of Stone’s internal affairs reports, and the correspondence between the Claremont Police Department and the New Hampshire Police Standards and Training Council, ought to be public.

This reporter first filed a right-to-know request in June of 2020 seeking Stone’s records, and Claremont Officials were set to release them when Stone took the city to court. Stone has been attempting to keep the investigations into his actions as a police officer, and the possible reasoning for his firing from the department, hidden from the public.

Months of back and forth between Stone and Claremont’s attorney Shawn Tanguay followed Honigberg’s October order. One of the sticking points was whether to make public the age of one of the people involved in Stone’s internal affairs reports. The records indicate the person in question was a minor at the time of the report. Stone was fired from the department in 2006.

According to records obtained through the 5th Circuit Court, District Division in Claremont, Stone was subject to a domestic violence protection order, filed by a Claremont woman in September of 2006. The order was withdrawn two weeks later. The exact details of the domestic violence case are unknown, as the record beyond the court docket has been destroyed, according to court officials.

Honigberg ruled this week that while it is appropriate to redact the name of the school this person attended, and their grade in school at the time of the report, the age can be released as part of the public record.

The city originally complied with this reporter’s right-to-know request in August of 2020, sending a letter stating that Stone was the subject of 11 internal affairs investigations that found sustained allegations of misconduct, according to a letter sent by then Claremont City Manager Ed Morris.

Stone has argued that at least four of these reports should never be public, as he and the union representing Claremont police officers negotiated a deal with the department that would have his personnel records purged in exchange for his termination.

Stone is no longer certified to work as a police officer in New Hampshire. He worked for years as a prison guard in the state of Vermont, and he co-owns a gun shop in Claremont.

He was elected to his seat in the House by a narrow margin in November, representing Sullivan District 8. He has been assigned a seat on the Criminal Justice and Public Safety Committee.

Stone’s name has not appeared on the state’s Laurie List, or Exculpatory Evidence Schedule. The Laurie List maintains the names of police officers with known credibility problems, although many names on the list are currently redacted due to court challenges.