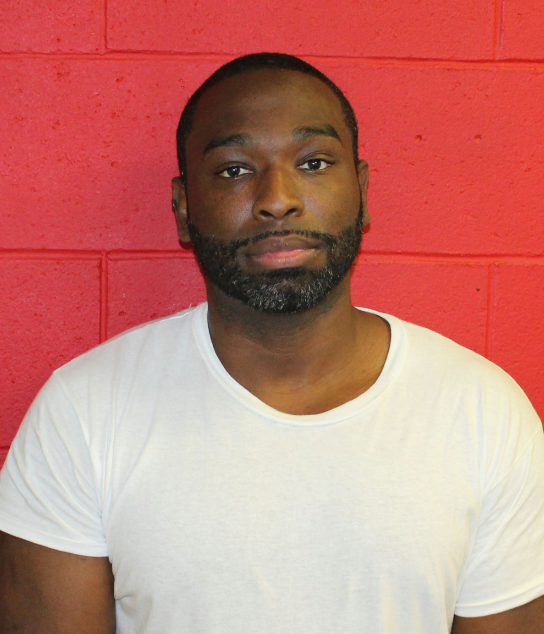 CONCORD – The state Supreme Court reversed domestic-violence related convictions against Marc Mallard on Jan. 4 because his defense attorney at trial in 2013 referred to him as “a big, menacing black guy.”

The state Supreme Court ruling was from an appeal of a habeas corpus petition Mallard filed against the state prison warden arguing ineffective trial counsel because of the remark, which Superior Court Judge Andrew Schulman had denied.

“Mallard argued that, by describing him as a ‘big, menacing black guy’ during cross-examination of the victim, trial counsel deprived him of his constitutional right to the effective assistance of counsel,” the ruling states.

“Simply, such an improper reference to race has no place in a courtroom.

“Trial counsel’s improper appeal to racial bias in Mallard’s criminal case ‘effectively invited the jury to make a decision based on a characterization of the defendant and not on the evidence of his guilt or innocence.’

“Under these circumstances, we cannot determine the extent to which the jury may have been influenced by the ‘horrible racist trope’ when reaching its verdict,” MacDonald wrote.

The ruling concluded Mallard had established a probability sufficient to undermine confidence in the outcome of his trial, satisfying that his “trial counsel’s deficient performance actually prejudiced the outcome of the case.”

The ruling cited the warden’s argument that this case was not one in which prejudice should be presumed when “this case involved a single fleeting reference to [Mallard’s] race by his own counsel in the middle of witness testimony.

“As we recognized in LeBlanc, however, despite the fact that an improper reference to race may be brief, ‘when an elephant has passed through the courtroom one does not need a forceful reminder,’” MacDonald wrote.

“This observation is particularly apt in the case before us where the jury heard evidence for less than three hours…Where the testimony ‘appealed to a powerful racial stereotype—that of black men as ‘violence prone,’” the (U.S. Supreme) Court reasoned that “the impact of that evidence cannot be measured simply by how much air time it received at trial or how many pages it occupies in the record. Some toxins can be deadly in small doses.”

It made no difference whether it was Mallard’s attorney or the prosecutor who made the statement, MacDonald said. Mallard was represented at trial by attorney Ted Barnes.

The ruling said Mallard is currently serving seven to 14 years in state prison plus a consecutive term of three to six years, which includes a sentence on charges unrelated to this case. But it appeared Friday that he is now incarcerated at Hillsborough County House of Correction in Manchester.

Attorney Donna Brown, who along with Michael Eaton, successfully argued Mallard’s recent appeal, said in her memory, it is the first time a criminal conviction was reversed in New Hampshire because of racism.

As Brown and MacDonald’s order stated, if the prosecutor, not the defense attorney, had made the comment there likely would have been a mistrial declared because of racial bias.

It was unusual in that it was something so explicit, Brown said, because racism can often be very real, but something much less obvious.

According to the ruling, Mallard was charged with domestic violence related crimes in 2012 and went to trial July 25, 2013.

The main witness was the victim who told jurors Mallard went to her home after their relationship deteriorated, angry that she was communicating with a woman he was seeing.

“According to the victim, Mallard punched her in the face, causing her a black eye and a split lip. Mallard then tried to wrap a belt around the victim’s neck, threw the victim onto the bed, and started to choke her with his hands. Mallard suddenly stopped the attack, began to cry, and left the victim’s home,” according to the ruling.

The victim’s mother testified she saw her the following day with a bruised face, but the victim told her she had drunk alcohol, taken Tylenol PM and fallen down in the bathroom. Mallard’s defense was that the victim fabricated the accusations.

Mallard’s lawyer focused on the victim’s testimony being hazy about how many times she was punched and how long the incident lasted. “When she spoke with a police officer approximately one month later the victim was unsure which side of her face had been bruised; the victim continued a friendly relationship with Mallard after the assault and sent him text messages saying that she loved him; there was no evidence of injuries related to the attempted strangulation; and the bruise on the victim’s face in a photograph taken the following day was inconsistent with the victim’s claim that she had been punched in the face by a large, strong man using great force,” according to the ruling.

Schulman agreed that Mallard had proved that his trial counsel rendered deficient representation by using the phrase “big, menacing black guy.” According to the trial court, “To conjure up this racist myth — which has been responsible for so much injustice for so long — was wrong, wrong, wrong.”

MacDonald wrote: “Nevertheless, the court determined that Mallard had failed to prove that he was prejudiced by trial counsel’s deficient representation.”

“Moreover, while “[a]ll forms of improper bias pose challenges to the trial process[,] . . . there is a sound basis to treat racial bias with added precaution,” MacDonald wrote, citing a Colorado case.

Racial bias “implicates unique historical, constitutional, and institutional concerns” and is “a familiar and recurring evil that, if left unaddressed, would risk systemic injury to the administration of justice,” MacDonald wrote.