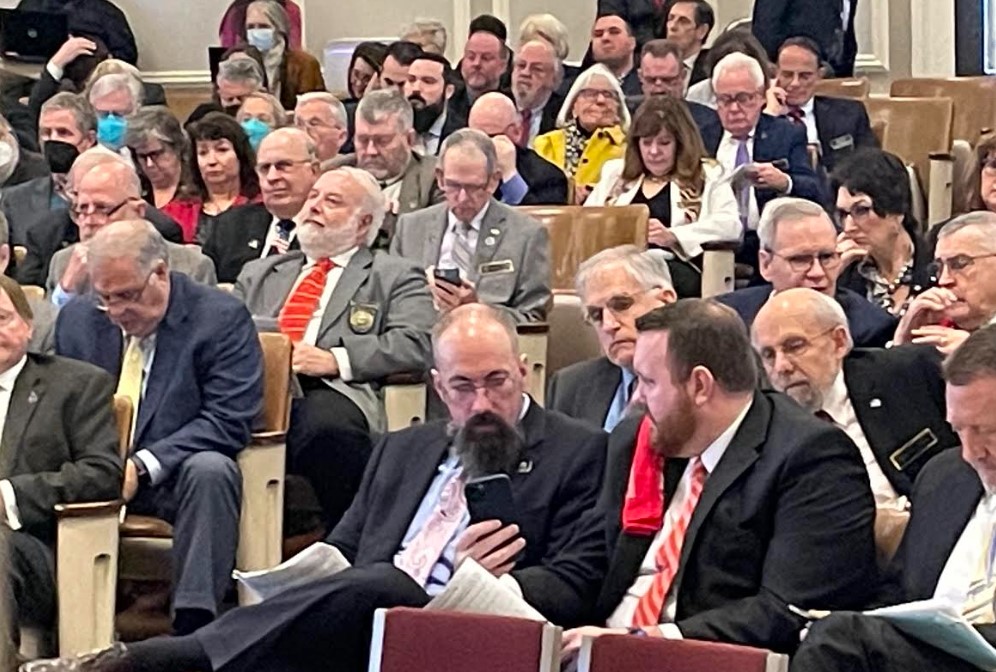 The House of Representatives gathered Wednesday for Convening Day of the 2023 legislative session.

House Rule 64 failed 177-197 on Convening Day Wednesday of the 2023 legislative session at the State House.

A Democratic leader and a father of a young potential visitor to the State House called the vote “irresponsible.”

Supporters of the rule argued that inadvertently, or in the heat of a debate, a weapon could discharge causing tragedy, noting that often children are in the gallery who could be hurt.

It was further argued that New Hampshire does not allow weapons to be carried into courtrooms and prisons and should not be allowed in these situations.

State Rep. Matt Wilhelm, D-Manchester, the minority leader, said the rule would “restore common sense.”
But opponents noted that when law enforcement is minutes away, a gun could be a way to keep the chamber safe.

Rep. Terry Roy, R-Deerfield, asked fellow legislators to imagine if they lived in a country where carrying a weapon was not a right.

“No House rule is going to stop a House member from defending themselves,” Roy said.

For decades until 2010, House Rules prohibited the possession of weapons in the House chamber.

Democrats reinstituted the provision in 2013-14 and again in 2019-20, and Republicans have voted to repeal the restriction in all recent terms that they have held the majority.

After the vote, Wilhelm issued the following statement:

“Prohibiting deadly weapons in the House Chamber is a common-sense policy to keep legislators, staff, and the public safe as we conduct the business of the State of New Hampshire.

“When Republicans have permitted guns in the legislature, there have been numerous incidents of dropped and mishandled firearms on House property.  As the parent of a fourth grader, whom I hope will visit the State House on a field trip this spring, the public’s safety is particularly top of my mind,” Wilhelm said.