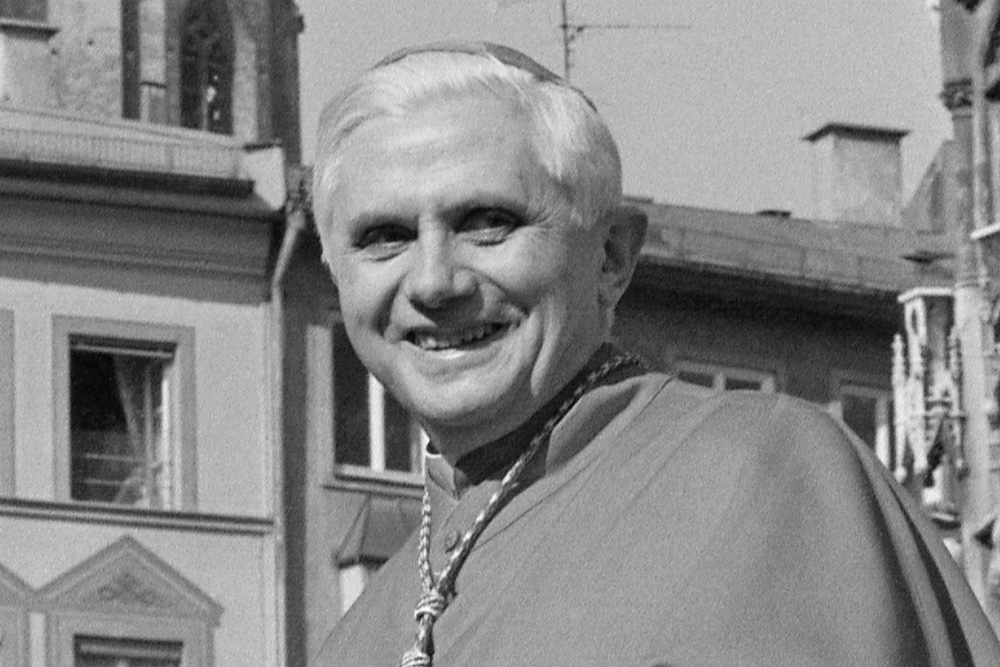 Pope Benedict XVI was the former pope, who became the first pope to resign his office voluntarily since 1294.

Benedict was elected to the papacy April 19, 2005, succeeding the popular Pope John Paul II  (1920–2005). He served until Feb. 28, 2013, when he stepped down in a rare resignation – typically the papacy is held until death. He was succeeded by Pope Francis. Until his death, Benedict continued to hold the title of pope and the style of his holiness, though he was considered pope emeritus.

Born Joseph Ratzinger April 16, 1927, in Marktl, Germany, Benedict aspired to a vocation in the Roman Catholic Church from a young age. His plans were put on hold during World War II, when, as a teenager, he was drafted into the Hitler Youth, a requirement for all young German men at the time. According to family, he was not interested in being a member of the Nazi Party and refused to attend meetings. When he was later drafted to serve in the armed forces, he first deserted and then was held as a prisoner of war for several months.

Benedict attended seminary after the war and was ordained in 1951. He continued his studies for several years, becoming a professor at the University of Bonn in 1959. He remained in academia for many years, until he was appointed archbishop of Munich and Freising in 1977. The following year, he was named cardinal-priest of Santa Maria Consolatrice al Tiburtino.

When John Paul II’s health began a sharp decline in early 2005, Benedict was quickly named as the frontrunner to succeed him upon his death. It wasn’t an appointment Benedict wanted. By 2005, he was 78, and he dreamed of retirement. However, he was chosen on the second day of the papal conclave and took the office of pope within the week. Benedict later commented on the situation: “At a certain point, I prayed to God, ‘Please don’t do this to me.’… Evidently, this time He didn’t listen to me.”

Benedict’s chosen papal name was intended to honor Pope Benedict XV, who served as pope during World War I, and St. Benedict of Nursia, the patron saint of Europe and students. He chose to reintroduce traditional papal garments and championed the use of Latin in worship, but he broke from tradition by riding in an open vehicle so he could be closer to the people.

One of Benedict’s earliest acts as pope was to begin the beatification process of John Paul II. He performed a number of beatifications and canonizations during his years in the papacy. He spoke out against excessive consumerism and sought to improve relations with other religious groups. He worked extensively on the problem of sexual abuse in the Catholic Church, driving changes in church law to make it easier to identify and resolve suspected abuse cases.

Benedict traveled widely, first visiting the U.S. in 2008, where his activities included visiting the site of the former World Trade Center and celebrating Mass at Yankee Stadium. In 2012, he became the first pope to use Twitter, going as @Pontifex and launching his account with the tweet, “Dear friends, I am pleased to get in touch with you through Twitter. Thank you for your generous response. I bless all of you from my heart.”

When Benedict retired, he was close to 86 years old, the fourth-oldest person in history to hold the office of pope. Though there was speculation that he had been forced to step down, he vehemently denied it, making it clear that the resignation was his choice. The last to retire voluntarily, as Benedict did, was Pope Celestine V, who served for just five months in 1294 and decreed the right of the pope to resign before doing so himself.

Benedict retired to the Mater Ecclesiae monastery in the Vatican gardens near St. Peter’s Basilica, spending his time studying and writing as well as making occasional public appearances.

“Evil draws its power from indecision and concern for what other people think.” —from Benedict’s 2005 Good Friday meditations