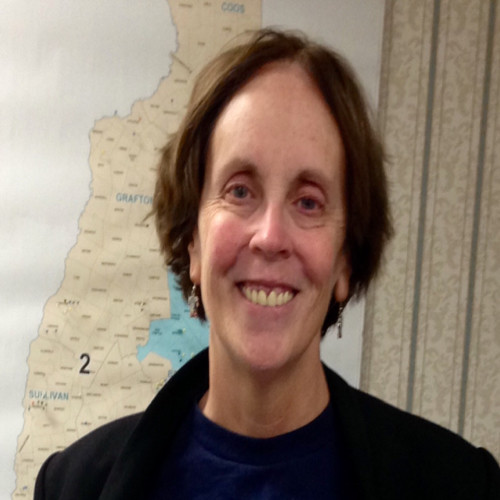 CONCORD – Judy Reardon, a political strategist and counsel to U.S. Sen. Jeanne Shaheen through much of her political career has died, according to news releases from Shaheen’s office and the New Hampshire House Democratic Caucus.

Reardon, who was considered a political “force to be reckoned with,” graduated from Manchester Central in 1976 and went on to Dartmouth College and the University of Pennsylvania School of Law.

“Few people have had an impact on my life, personally and professionally, as much as Judy Reardon,” Shaheen said in a news release. “From the New Hampshire State Senate to the governor’s office and to the U.S. Senate, Judy filled numerous roles on my staff: Counsel, Legislative Director, and Senior Advisor. But she was much more than that to me – she was my confidante, and she was my dear friend.

“Judy had a fiery, relentless spirit that drove her in her career and she was fiercely loyal to the people she loved,” said Shaheen.

House Democratic Leader Rep. Matt Wilhelm, D-Manchester said, “Judy Reardon was a force to be reckoned with. She was a courageous advocate for Granite Staters and a brilliant political mind.

“The House Democratic Caucus offers our sincere condolences to the Reardon family, including her sister, state Rep. Patty Cornell, D-Manchester. May we keep them all in our hearts as they grieve her loss,” Wilhelm said.

Former House Democratic Leader and Reardon’s personal friend, state Rep. David Cote, D-Nashua, said: “She was indispensable to the renaissance of the New Hampshire Democratic Party, a keen political strategist, and a loyal colleague and ally. The women of New Hampshire have lost one of their greatest champions. She never abandoned a cause or a friend.”

Ray Buckley, chairman of the New Hampshire Democratic Party, wrote on Twitter: “devastated by the passing of my friend, my cheerleader, my everything.”  He said Reardon was “brilliant, fearless, compassionate.”

Reardon’s Linked-In profile lists her current project as editor and publisher of “Reardon Reports” for the past seven years.

She was also a government affairs associate for The Dupont Group, a lobbying group in Concord; and N.H. Public Affairs Director for Planned Parenthood of Northern New England.

Bob Charest contributed to this report.